So, a couple of days ago, in my post about how gays cause wildfires, I commented on how the biblical literalists seem to focus on specific commands from the Old Testament (such as the prohibition on homosexual acts) and ignore others entirely (such as the prohibition on eating shellfish).  I suggested that I might amuse myself that day by breaking some weird, arbitrary biblical commands, such as the prohibition against wearing clothing made of two different kinds of thread woven together, a command that was apparently so important that it was mentioned twice (Leviticus 19:19 and Deuteronomy 22:11).

Well, imagine my surprise when I found out that these verses have recently been the subject of an intense discussion on the Christianity subreddit.  I'm to be forgiven for not having seen it; I tend to avoid this subreddit, suspecting that even if I went there as a lurker, the more rabid members would somehow realize it, and shouts of "BURN THE UNBELIEVER!" would echo down the fiber optics cables of the internet.

But fortunately for me, a regular reader of Skeptophilia saw it and sent me the link.  And you should read the whole thread.  It's a doozy.

First, though, let's take a look at what the actual biblical passages say:

Deuteronomy 22:11: "You shall not wear a material mixed of wool and linen together."

So, the second one seems only to be concerned with wool and linen, leaving you the option of a nice cotton-polyester blend, but the first one seems to indicate that this would be An Abomination In God's Eyes as well. 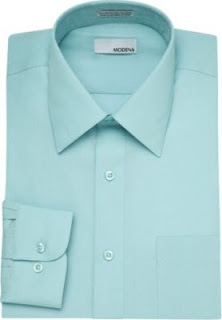 There's no mention of what the penalty is for all of this naughty stuff.  I'd imagine stoning to death, since that seems to be the penalty for damn near everything.  Maybe just flogging, especially if it's only socks or something.

Anyhow, this all seems pretty straightforward (albeit bizarre), so I was kind of confused when I saw that the title of the thread on the Christianity subreddit was "Help understanding Leviticus 19:19."  My general opinion is, if you need help understanding this passage, you probably would be out of your depth with Green Eggs and Ham.  It's not that hard, really.  Don't wear clothes made of two kinds of material.  End of story.

But I was wrong.  Here are some of the bits of commentary on the passage, as laid out by the readers of the Christianity subreddit:


Linen is a plant derivative, wool an animal derivative. And how we should not allow our nature to overcome our humanity is the basic message behind this commandment.

You have to look at it in historical context. Linen was often used back then for religious purposes (like curtains in the tabernacle, or the priest's garments, or the temple veil). Wool, on the other hand, was the more common fabric. This law is often taken as symbolism for mixing the secular with the sacred.

I would like to point out how there is much less resistance to taking this passage less literally than other parts of Leviticus. Coincidentally, 90% of the world is not fundamentally disgusted by the image of wool and linen being mixed. Hmmmm.

I watched a lecture that mentioned Jesus and the Mosaic laws(@ 21:00) just this afternoon. The presenter was making the case that Jesus must not have been clear on how/if the laws would have applied to gentiles, otherwise there wouldn't be so much debate about it now.


Mosaic law spoke to external behaviors. Jesus spoke to internal states of mind. It's why he was always going, "You have heard it said such and such, but I tell you some other thing." An exegesis of sorts...  This is a very utilitarian way to look at it. Sure, the "do not do such and such" seems like a wet paint sign at first, but when you understand that it speaks to the idea of thinking healthy vs. unhealthy thoughts, that really brings it all together. And it turns out it was for my benefit after all.

There are a lot of laws about not mixing different kinds of things to remind the Israelites that they're a particular people, called out to be different from everyone around them.

Sure, it's meant to be taken literally. The question that nobody ever asks, with regard to Leviticus, is by whom? Leviticus is the set of rules written for the priest class formed after the disaster at Sinai. The tribe of Levi was the only one to stand with Moses, so from then on all priests came from his tribe. Leviticus are the rules written to prevent those priests from falling into error.

So, I'm reading through all of this, and I'm thinking; don't these people realize that all they're doing is taking the passage, and then making shit up?

If you read something in the bible you don't like, you rationalize it.  Or say "it had a historical context that doesn't apply now."  Or say it was meant for someone else.  Or say that Jesus superseded it.  Or whatever.  All of it just strikes me as special pleading; I want to be able to discriminate against gays and claim a biblical basis for it (after all, because some people find gays "fundamentally disgusting") but I still want to be able to eat my shrimp alfredo and roast pork.  So the parts I like are the inerrant word of god, and the parts I don't like are just some arbitrary rules that Jesus gave us a pass on anyhow.

It reminded me of a joke that was sent to me by a Jewish friend, regarding the kosher law.  Apparently God and Moses had a conversation on Mt. Sinai:


God:  And remember, Moses, in the laws of keeping Kosher, never cook a calf in its mother's milk. It is cruel.

Moses:  I see!  So what you are saying  is that we should never eat milk and meat together.

Moses:  Oh, Lord forgive my ignorance! What you are really saying is we should wait six hours after eating meat to drink milk so the two are not in our stomachs, right?

Moses:  Oh, Lord! Please don't strike me down for my stupidity! What you mean is we should have a separate set of dishes for milk and a separate set for meat and if we make a mistake we have to bury that dish in the dirt outside...

God:  Do whatever the fuck you want, Moses.


All of this is wryly funny in light of the latest intrusion of religion into American politics, in the person of California state senator Mimi Walters, who has just announced she is running for the House seat to be vacated by the retirement of Representative John Campbell.  [Source]  Walters' biggest financial backer is Fieldstead & Co., run by Christian reconstructionist and general wingnut Howard Fieldstead Ahmanson, who publicly advocated "total integration of biblical law into our lives."

Presumably, this "biblical law" also includes 1 Timothy 2:12:  "I do not permit a woman to teach or to assume authority over a man; she must be quiet."  So you have to wonder how Ms. Walters, should she be elected, will ever get anything done.  Which, honestly, might not be a bad thing.
Posted by Gordon Bonnet at 4:27 AM