The new book The Death of Expertise: The Campaign Against Established Knowledge and Why It Matters, by Thomas Nichols, could not have been published at a better time.

We have an administration that is relentlessly committed to creating their own set of "alternative facts" and labeling as fake news anything that contradicts the narrative.  Criticism is met with reprisal, honest journalism with shunning, facts and evidence with accusations of bias.  The message is "don't listen to anyone but us."

Nichols's contention is that we got here by a steady progress over the last few decades toward mistrusting experts.  Why should we rely on the pointy-headed scientists, who are not only out of touch with "real people" but probably are doing their research for some kind of evil purpose?  You know those scientists -- always unleashing plagues and creating superweapons, all the while rubbing their hands together in a maniacal fashion.

I have to mention, however, that this was something that always puzzled me about 1950s horror films.  Those scientists who were part of an evil plot to destroy the Earth -- what the hell was their motivation?  Don't they live here too?

Be that as it may, Nichols makes a trenchant point; our lazy, me-centered, fundamentally distrustful culture has created an atmosphere where anyone who knows more than we do is automatically viewed with suspicion.  We use WebMD to diagnose ourselves, and argue with the doctor when (s)he disagrees.  We rate our folksy "look at the weather we're having, climate change can't be real" anecdotes as somehow having more weight than the hard data of actual trained climate scientists.  We accept easy solutions to complicated problems ("Build a wall") instead of putting in the hard work of understanding the complexity of the real situation. 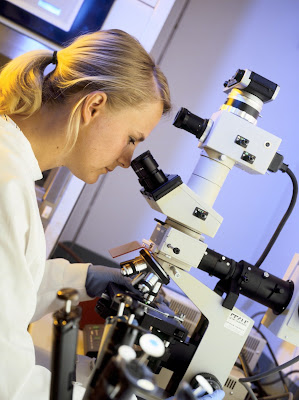 What does she know, anyhow?  [image courtesy of the Wikimedia Commons]

Nichols was interviewed a couple of days ago in the Providence Journal, and shared some pretty disturbing observations about the predicament our culture is in.  "The United States is now a country obsessed with the worship of its own ignorance," Nichols said.  "Worse, many citizens today are proud of not knowing things.  Americans have reached a point where ignorance, especially of anything related to public policy, is an actual virtue."

Of course, Nichols is not the first person to comment upon this.  Isaac Asimov, in his 1980 essay "The Cult of Ignorance," wrote something that has become rightly famous: "There is a cult of ignorance in the United States, and there always has been.  The strain of anti-intellectualism has been a constant thread winding its way through our political and cultural life, nurtured by the false notion that democracy means that 'my ignorance is just as good as your knowledge.'"

This, Nichols says, is not only pernicious, it's demonstrably false.  "People can accept the idea that they are not seven feet tall and can't play basketball.  [But] They hate the idea that anybody is smarter than they are and should be better compensated than they are.  This is a radical egalitarianism that is completely nuts."

What is weirdest about this is that we unhesitatingly accept the expertise of some people, and unhesitatingly reject the expertise of others.  "You put your life in the hands of an expert community all day long," Nichols says.  "Every time you take an aspirin or an over-the-counter medication, every time you talk to your pharmacist, every time your kids go to school, every time you obey the traffic directions of a police officer or go through a traffic light.  When you get on an airplane, you assume that everybody involved in flying that airplane from the flight attendant to the pilot and the ground crew and the people in the control tower knows what they are doing."

And yet when we are told that the overwhelming majority of climate scientists accept anthropogenic climate change, a substantial percentage of us go, "Meh, what do they know?"

The difficulty is that once you have fallen into the trap of distrusting expertise, it's hard to see how you could free yourself from it.  As the adage goes, you can't logic your way out of a position that you didn't logic your way into.  Add into the mix not only the rampant anti-intellectualism characteristic of our current society, but the fundamental distrust of all media that is being inculcated into our minds by the rhetoric from the Trump administration, and you've created a hermetically sealed wall that no facts, no evidence, no argument can breach.

So Nichols's conclusions are interesting, enlightening, and deeply troubling.  His arguments are aimed toward the very people who will be the most resistant to accepting them.

And with our current leadership deepening divisions, distrust, and suspicion of experts, it's hard to see how any of this will change any time soon.
Posted by Gordon Bonnet at 2:15 AM