The news this week contains several reports of neo-fascists.  On Saturday, police in Luton, England had their hands full with a protest march by the English Defense League, who chanted anti-Muslim (and just general anti-non-British) slogans... but included shouts of "sieg heil!" and the infamous Nazi salute.

Another story comes in from Jamel, Germany, a little town in Mecklenburg-West Pomerania, where a self-proclaimed neo-Nazi, Sven Krueger, has taken up residence.  Krueger has brought in followers, and now Jamel has become a haven for members of the extreme right-wing National Democratic Party -- and people passing through the town have begun to see the German imperial flag flown (use of the swastika is illegal in Germany), and posters of a man smashing a Star of David with a sledgehammer.

Nearer to home, a dear friend of mine sent me a photograph she'd taken near her home, where someone had spray-painted the word "nigger" on a street sign.  She posted the photograph on Facebook, and wrote beneath it, "To all who believe in social justice, equity, and decency, this is your reminder not to become complacent.  Create spaces intolerant of intolerance."

It behooves government leaders to recognize, and address, the sources of xenophobia.  It comes in part from people's fear of losing their jobs, or the desperation of those who already have (it will come as no surprise that Luton is a working class town with high unemployment, and the entire province of Mecklenburg-West Pomerania has the highest unemployment rate in Germany).  It comes from the media exaggerating the risk of terror attacks (your actual risk of dying in a terror attack in the United States or Western Europe is about one in 9.3 million -- about the same as your risk of dying in an avalanche).  It comes from the legacy of war, slavery, and oppression.  It comes from a natural, if unfortunate, fear all humans have of the unfamiliar.

But it is not inevitable.  And even when it is the easiest to fall into xenophobia -- when governmental leaders capitalize on it, magnify it, make it seem like a virtue -- there are those who resist, who raise their voices against those who would have us believe that one country, one ideology, one race has a god-given deed to the moral high ground.

Sophie Scholl was a student at the University of Munich during the early part of World War II.  Like all children of her time and place, she was indoctrinated in Nazi ideology, and forced to join fascist youth organizations like the League of German Girls and the Hitler Youth.  But unlike many young women and men her age, she questioned the basis of the Nazi philosophy, and was one of the founding members of the White Rose, an anti-Nazi political resistance movement. 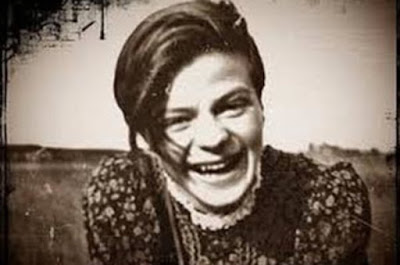 At great risk to themselves, the people in the White Rose published leaflets describing Nazi atrocities toward the Jews.  Her father, who worked in a metallurgical plant in Ulm, was imprisoned for criticizing Hitler to a coworker; Sophie Scholl went and stood below his cell window and played "Die Gedanken Sind Frei" ("My Thoughts Are Free") on her flute.  This beautiful little song, written in the seventeenth century, states, "no man can know my thoughts, no hunter can shoot them... if you would throw me into the darkest dungeon, it would all be futile, for my thoughts are still free" -- and its message so frightened the Nazis that merely whistling it was sufficient to get you shot on the spot.  Scholl and her comrades embodied the message of the song, and succeeded in distributing anti-Nazi literature to tens of thousands of people.

The Gestapo, of course, became desperate to find her and the other members of the White Rose.  Extreme political movements always rely on disinformation, and Scholl and her friends were bringing the horrible fact of what the German leadership was doing to the German people themselves.  One leaflet said:  "Since the conquest of Poland three hundred thousand Jews have been murdered in this country in the most bestial way … The German people slumber on in their dull, stupid sleep and encourage these fascist criminals … Each man wants to be exonerated of a guilt of this kind, each one continues on his way with the most placid, the calmest conscience. But he cannot be exonerated; he is guilty, guilty, guilty!"

In the end, of course, it was almost inevitable that Scholl would be captured; she, and her brother Hans, and their friend Christoph Probst, were arrested on February 18, 1943, put on trial for treason, and were all executed by guillotine a few days later.  Scholl's last words were, "How can we expect righteousness to prevail, when there is hardly anyone willing to give himself up individually to a righteous cause?  Such a fine, sunny day, and I have to go, but what does my death matter, if through us thousands of people are awakened and stirred to action?"

Today, when many of our most prominent media spokespersons are encouraging us to believe in fear, to distrust what we don't understand, to rail against those who have different beliefs than we do, we should remember that those who speak the most shrilly are the ones who want to sway us by our emotions, not our rationality.  The purveyors of hate don't want you to think; they want you to believe.

Scholl and her friends, who died on a chilly February day 68 years ago, remind us that we don't need to listen.  We can speak with the voice of reason and compassion, even while some of our countrymen snarl hatred.  We can make the risky choice of speaking on the behalf of what is right.

Die Gedanken sind frei.
Posted by Gordon Bonnet at 3:13 AM