Wanted: Mars colonists. Must be willing to travel.

Interested in exploring strange new worlds?  Eager to go where no one has gone before?

Mars One, a non-profit group based in the Netherlands, wants to establish a permanent colony on Mars by the year 2023 -- and is looking for astronauts.

They're serious about this.  Astronaut selection will begin this year, they say, and requires no previous experience.  They are looking for candidates that have "a deep sense of purpose, willingness to build and maintain healthy relationships, the capacity for self-reflection and ability to trust.  They must be resilient, adaptable, curious, creative and resourceful."  Six teams of four will eventually be selected and trained, and the first launch, scheduled for 2023, will take one of those teams -- "decided democratically" -- to the Red Planet.

The remaining teams will go on subsequent flights at two-year intervals, with the twenty-four astronauts ultimately being the founders of a permanent Mars colony.

Supplies will be sent on unmanned craft ahead of time, and (if all goes well) the materials will be there for use once the colonists arrive.

The training sounds rigorous, and will include "simulated missions, practice in a restricted mobility environment, and lessons in electronics, equipment repair, basic and critical medical care."  But after all, they'd better be ready for a year-long flight in cramped quarters, not to mention being prepared for dealing with all of the ills and accidents that human beings are subject to.  If one of them gets the flu, it's not like they'll be all that close to a pharmacy.

The whole thing sounds pretty thrilling, but there's one significant downside -- it's a one-way trip.  One launched, there's no coming back.  As you see Earth recede in the spaceship's windows, you'd better wave goodbye -- because you'll never stand on Terran soil again.  For that reason alone, I wouldn't sign up -- even if I were young enough, which I'm not.  (There's no explicit maximum age for volunteers, but practically speaking, I'd be 63 by the time the first launch took place, which seems a bit geriatric to begin a career in space exploration.)  The fact is, I'm a little too fond of my home planet to commit to leaving it forever.

There's also the inevitable problem of there being no knowledge of how living on Mars would affect human physiology.  Mars' gravity is about 38% of Earth's, for example.  I can see how this might make some problems better (e.g. lower back pain), but you have to wonder how to get around issues like the muscle atrophy and bone decalcification that plagued the men and women on the International Space Station.

Another problem is the lower sunlight intensity.  Neuroscientists are only beginning to understand the effects that sunlight exposure have on neurotransmitter levels, circadian rhythms, and the immune system, and Mars would have at best 50% less sunlight, because of its greater distance from the Sun.  It's to be hoped that the colonists would have access to such things as broad-spectrum artificial light, which could ameliorate any problems, but it's something to consider.

There's also the problem of resources.  You may have heard about the Biosphere 2 Project, in which volunteer scientists were shut into a self-contained ecosystem in the Arizona desert.  Ecologists and physical chemists had worked for years to come up with an optimum balance, because the idea was that nothing but sunlight was supposed to come from outside -- the plants were to act as air purifiers and food producers, every drop of water was recycled, all electricity was produced by solar cells, and so on.  The 12,700 square meter facility had separate biomes (a rain forest, a miniature ocean, a coral reef, a savannah grassland), and was so big it generated its own weather (condensed moisture on the glass ceiling at night fell as "rain").  But even with all of that planning, the project had to be modified during its two-year (1991-1993) run -- oxygen levels fell, probably because of uptake by soil microbes, resulting in the necessity to artificially inject oxygen into the air; rapidly-reproducing pest species such as cockroaches, ants, and morning glory vines exploded in population; some of the "biomes" (especially the grassland) didn't do well.  Clearly, there were unaccounted-for variables.  And while the Biosphere 2 volunteers could just ask for help if things went too wrong, our Mars colonists won't have that option -- they will be entirely on their own to produce what they need, and deal with any problems that occur, in a far more hostile environment.

Last, I worry about the psychological effects.  Humans are social primates; we are happiest in free-flowing large groups.  What would it be like to spend two years, and never see anyone but the same three people, every day?  What happens when frictions occur?  You've got nowhere to go; the first colony's living quarters would almost certainly be smaller than Biosphere 2 was.  And outside the walls, all you have is the endless, lifeless Martian deserts.  The idea makes me shudder a little.

But anyway, if you're interested in volunteering, click the link at the beginning of this post, and check it out.  And while I won't be there with you in line, I do think it's a fascinating opportunity.  The idea that humans may, for the first time, leave this little blue and green planet where we were born, and establish an outpost elsewhere in space -- well, for someone who was raised on Star Trek, it just seems like the first step toward greater things.  And who knows, maybe there will turn out to be life on Mars? 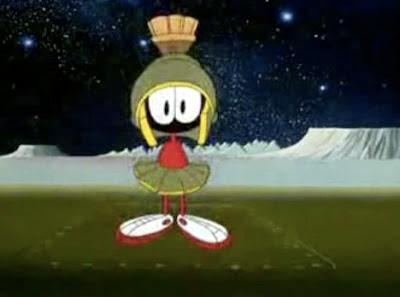