A call to civil disobedience

This time of year is always a difficult one in public schools -- and it has little to do with it being March, a month with no three-day weekends.

It's budget time.  State and federal funding levels have been set, local school boards are deciding on this year's tax levy -- and that means the announcement will soon come that identifies whose head is on the chopping block.  This is the season when younger teachers and teachers in the "non-core" disciplines such as art, music, and technology begin to polish up their resumés.  This, despite the fact that the number of years a teacher has taught has little correlation with his or her skill.  This, despite the fact that the areas dismissively referred to as "non-core" subjects are ones that expand the mind, foster creativity, push students to draw connections between disparate fields, and are downright enjoyable. 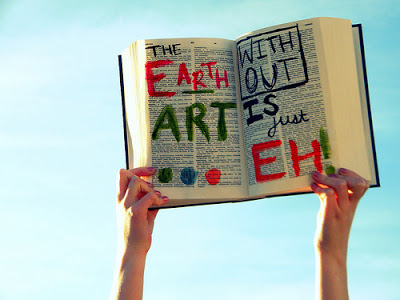 People -- teachers, students, and community members -- give lip service to how unfair it all is.  Every damn year.  "We should be committed to keeping excellence in our schools."  "We need to support public education."  "Build more schools, or build more jails."  And yet, each year at this time, we fight the same battles, having to cross swords with school boards who are strapped for money, arguing that our programs shouldn't be cut.  Inevitably we teachers end up in the uncomfortable position of trying to protect our own asses.  I give an impassioned plea to the board to save my job -- all the while knowing that if my position isn't cut, that of the teacher in the next classroom may well be.  At the same time, the state and federal government lays on more unfunded mandates, more high-stakes testing, as if you can legislate inspiring teaching, as if you can quantify the ability to foster creative connections with children.

Most teachers are team players.  Most of us went into the field because it seemed a good fit -- meaning we respect order and authority, believe that employees should do as told, think that whoever is in front of the room must know what (s)he is talking about.  So we grumble about all of the new laws -- laws that, in my state, will give teachers a numerical grade at the end of each year, based in part on how students perform on high-stakes end-of-the-year tests.  We complain about every year doing more with less.  We mourn for talented teachers who have been laid off, curricular areas that are simply not going to be taught any more because the school district couldn't afford to teach art, or choral music, or foreign language, or AP classes, or computer-aided design.

But we do little more than talk.  A big news story in New York state came just this week from the town of New Paltz, where the school board voted unanimously to protest on the state and federal level the increased reliance on high-stakes standardized testing, and the unfunded mandates, and the skewed and statistically absurd teacher rating system ("APPR"), and the destructive funding formula that has every year in the past five years caused significant reductions in staff.  (Read the whole resolution here.)  Although a step in the right direction, this amounts to nothing more than a symbolic gesture; Governor Cuomo and the state and federal Departments of Education have no particular motive for listening.  It still, honestly, is little more than talk, albeit on a different level than the demoralized complaining I hear on a daily basis.

Maybe it's time for something bigger.

Maybe it's time that schools band together and rebel.  No teacher, staff member, or school administrator I've ever talked to thinks that the way things are currently being managed is beneficial to the people who count the most in this endeavor -- the students.  All of us seem to feel that our hands are tied, because the state and federal governments oversee funding -- and if we don't follow the mandates, which (I must add) are almost all generated, crafted, and passed by individuals who have never taught a day in their lives, the purse strings get cut.  Both "No Child Left Behind" and "Race To The Top" carry significant financial penalties for districts who fail to meet the standards.  Because that makes sense, right?  Take districts that are failing, and withdraw more funds from them.  That'll help.

But maybe the time has come for some civil disobedience.  Maybe it'll take a group of school districts who have school boards with some backbone, to take what the New Paltz School Board did, and go a step further.  Say "no" to high stakes testing.  Send back the standardized tests that are now used to evaluate students, staff, administrators, and entire districts, and which have been shown time after time to be an unreliable measure either of student performance or of teacher performance.  Include a note saying, "Sorry, we're choosing not to participate."  Issue an ultimatum to the agencies that hold the power of the purse; revise funding formulas, so that schools can continue to provide quality education to our children -- or we will simply close and lock the doors.

It might be time to play a game of "Who blinks first?" with education, because at the moment, all of the power rests with a group of people who I am becoming increasingly convinced haven't the vaguest notion of what they are doing.  State and federal departments of education are revealing themselves to be a costly failed experiment.  It's time that committed individuals on the local level flex their muscles, and take some risks, to save public education.
Posted by Gordon Bonnet at 2:49 AM