Once you accept a given non-evidence-based belief system, be it homeopathy or fundamentalist Islam, I see why that would require you to disbelieve in certain realms of scientific understanding.  If you are embracing something based on faith, and it comes into conflict with rationality, one or the other has to go.  It's time to surgically remove the source of the conflict.

I do, however, find it curious how selective the surgery can be.  The same people who object to biological science's understanding of evolution are frequently the same ones who are perfectly willing to take medicines and undergo medical procedures, all of which were developed by the same scientific framework that generated the theory of evolution.  It's a little hard to see how science can be so far right in one way, and then lead you so far wrong in another.

Be that as it may, I do get why the jettisoning of fact-based science happens.  But sometimes the specific bits that get rejected are a little hard to fathom.

Most of you have probably heard of Conservapedia, the crowd-sourced wiki project begun in 2005 by Andrew Schlafly to counter the "liberal bias" he found in Wikipedia.  His idea was that everything in the project would be written and supported from conservative and Christian ideals.  As a result, the page on Barack Obama is entirely negative; the page on climate change states that, basically, it isn't happening; the page on Jesus unquestioningly accepts his divinity; and so on.

All in the name of "eliminating bias."  Oh, and did I mention that its motto is, "The Trustworthy Encyclopedia?"

Because apparently they find the Theory of Relativity, and Einstein's mass/energy equivalency formula (E=mc²) to be "liberal claptrap."  (Direct quote from the page on E=mc².)

And I'm thinking, "Okay.  I can see rejecting evolution, cosmology, and plate tectonics, because all of those strongly support the antiquity of the Earth.  But what in the hell is the problem with Einstein?  All that Einstein has done is to show that matter and energy can be converted back and forth, and how objects behave when they are traveling at a high rate of speed."  Neither one, I would think, would be first on the list of Theories Conservatives Shouldn't Like.

Apparently they are, though.  The Conservapedia folks go to great lengths to say how both of them are suspect, that any "dissenting views" by scientists who doubt Einstein are "suppressed as heresy," and how neither relativity nor E=mc² has ever been experimentally verified (in fact, they state in several places on the page for the Theory of Relativity that it has been "rejected," "is not entirely successful or proven," and contains "clear contradictions").

Amusingly, on the page for E=mc², they then follow up this criticism with a bunch of evidence that completely supports its validity, and state outright that in an experiment done all the way back in 1932, mass/energy equivalency was supported to an accuracy of ±0.5%.  I guess that's not enough to count as "verification," for some reason.

Only at the end of the page on the Theory of Relativity do we get an inkling of what is going on here.  Einstein's ideas, they say, promote moral relativism:

So, yeah.  A mathematical system describing how matter behaves at extremely high speeds has anything to do with abortion law. 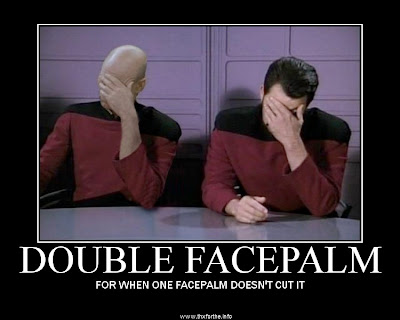 In any case, I decided to do a little digging, and find out what they hell they could possibly be talking about regarding the Tribe article showing that the General Theory of Relativity was pro-choice.  And I found the source; a paper from the Harvard Law Review in 1989 called "The Curvature of Constitutional Space: What Lawyers Can Learn from Modern Physics," in which Tribe used Relativity as a metaphor:


The Roe v. Wade opinion ignored the way in which laws regulating pregnant women may shape the entire pattern of relationships among men, women, and children. It conceptualized abortion not in terms of the intensely public question of the subordination of women to men through the exploitation of pregnancy, but in terms of the purportedly private question of how women might make intimately personal decisions about their bodies and their lives. That vision described a part of the truth, but only what might be called the Newtonian part. ... [A] change in the surrounding legal setting can constitute state action that most threatens the sphere of personal choice. And it is a 'curved space' perspective on how law operates that leads one to focus less on the visible lines of legal force and more on how those lines are bent and directed by the law's geometry.

So, now I'm thinking, are you people just idiots?  Or what?  When conservatives branded Bill Clinton with the nickname "the Teflon president," did you throw away all of your non-stick cookware?  Do you think that a "puppet government" is run by Pinocchio, Charlie McCarthy, and Howdy Doody?  When reporters call North Korea "the Hermit Kingdom," does that mean that we should immediately round up and imprison all of the hermits?  Or possibly hermit crabs?

Do you think that rainbows literally taste like Skittles?

You know, in this blog I've deliberately taken up the cause of clear thinking, and tried to do battle with those who promote ridiculous ideas and pretzel logic.  But sometimes, honestly, the muddy water seems to run too deep.  If you are that delusional, that much of a blithering moron, I just don't know that there's anything I, or anyone else, can do about it.

Einstein showed that morals are relative.  I mean.
Posted by Gordon Bonnet at 2:57 AM