Having dealt with such issues in recent posts as the ethics of resurrecting extinct animal species, and the difficulty of addressing the problems with the American educational system, I want to look today at an even more serious problem: penis theft.

At this point, you are probably thinking, "Did I just read what I think I just read?"  I know that's what I thought when I came across the article on AlterNet entitled "Penis Snatching On the Rise -- Africa's Genital-Stealing Crime Wave Hits the Countryside."  So, yes: you did just read that.  And yes, it's what it sounds like.

Well, sort of.  My first guess would have been that for some reason, better left un-thought-about, there was a cult of some sort that was stealing the body parts off of corpses.  If that's all it had been, it would have merited little more than a quick retch before moving on.  But no, it's weirder than that.  These people believe that somehow, guys are being relieved of their favorite body part magically, while they're still alive.

For example, the author of the article, Louisa Lombard, tells of a Sudanese traveler going through the Central African Republic town of Tiringoulou.  The traveler stopped for a cup of tea, and after receiving it, shook hands with the tea seller.  The unfortunate tea seller felt "an electric tingling," and at that point realized that "his penis had shrunk to a size similar to that of a baby's."  There was an outcry from the alleged victim, which led to a small-scale riot, during which a second man fell prey to the same fate.

Kind of gives new meaning to the phrase "going off half-cocked," doesn't it?

Anyhow, it'd be nice to think that there would be at least one voice of rationality in the crowd who would demand that the two supposed targets drop trou and prove that they had been de-privated, but I guess no one thought of that.  Everyone just sort of said, "Oh, okay.  That makes sense."  And alas for the poor traveler, he was subjected to a "harsh interrogation" and was eventually shot to death for his magical crimes.  And as far as the leader of the armed rebel group who governs the town, and who oversaw the traveler's execution, he tells a different story; he said that the man wasn't killed, that he "mysteriously vanished from his holding cell."

And lest you think that this weird belief is confined to central Africa, allow me to point out that Singapore has had outbreaks of, um, dewangification as well.  Check out, if you dare, this article, entitled, "The Great Singapore Penis Panic and American Mass Hysteria," which is about an epidemic of "koro," a condition in which men suffer "a catastrophic loss of yang energy," causing their penises to shrivel away.

Well, needless to say, there's no such thing as any of this stuff.  So, for any of you guys in my readership who has read this post hunched over in a protective half-crouch, and with a horrified expression on your face, fear not.  There's only one thing I know of that can cause a similar effect: 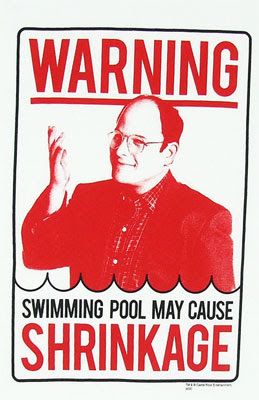 And fortunately, it's temporary and reversible.

But, apparently, such an approach is sadly uncommon in the world, and not only in such undeveloped, poverty-stricken areas as the Central African Republic, but in the urban First World streets of Singapore.  As always, there's just one solution to all of this, and that's education in science -- the only thing I know of that is successful at eradicating myth, irrationality, and superstition.  But given that here in the United States we still have a significant percentage of the population who believe in horoscopes, homeopathy, and young-earth creationism, maybe I shouldn't point fingers.  After all, none of those ideas is any more scientifically supported than the claim that someone can magically steal a guy's penis by shaking his hand.
Posted by Gordon Bonnet at 3:01 AM