I think that mental laziness contributes more to the prevalence of media idiocy than any other factor.

I mean, let's face it.  The simplistic, single-cause vitriol poured into newspapers, magazines, and websites by the likes of Ann Coulter and Ted Rall would get nowhere if the consumers were willing to get up off their metaphorical asses and do the hard work of evaluating the actual arguments these people make.  When what they say constitutes an actual argument, that is, which is seldom.  Most of it seems to be one long free-floating ad hominem, delicately laced with unintentional irony -- such as yesterday's pronouncement by Rush Limbaugh that lesbians were obese substance abusers.

No, he apparently didn't realize why everyone else thought that this was screamingly funny.  I guess oxycodone addiction can make you a little slow on the uptake. 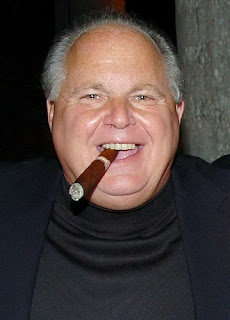 The problem is, once you have a critical mass of consumers who think of media as being pithy sound-bites that loudly confirm what they already thought, you have dulled the whole lot of them to learning anything from what they read.  And wasn't the original purpose of news media to inform?  I sure thought it was.

I was sent an especially good example of this by a friend and frequent contributor to Skeptophilia yesterday.  The whole thing started with an article in the Boston Globe online entitled, "Report Slams State for Lack of Corrections Reform."  In the article, posted last Sunday, writer Wesley Lowery describes a recent study by MassINC, a non-partisan research group that looked into incarceration patterns over the past forty years in Massachusetts.  The group produced a forty-page report that found, amongst other things, a puzzling statistic -- that as incarceration rates climbed steeply, the rate of violent crime was falling equally steeply.

Okay, so far, so good.  But then Michael Graham, radio talk show host and GOP consultant, weighed in with "Boston Globe-Democrat Asks: Why is Crime Going Down If We're Putting So Many Crooks in Prison?"  And in this stunning piece of investigative journalism, we read the following:


So you don’t understand why prison enrollment is going up while crime is going down? You don’t see the connection between more criminals off the street and fewer crimes in your neighborhood?

After all, if crime is going down with all the crooks in jail, why are we wasting money keeping them in jail? Let’s let them back out on the streets.

What could possibly go wrong?

So, we have three fallacies at once here:


1)  If-by-Whiskey -- defining a term however you damn well please, and acting as if that definition were the correct one.
2)  Red Herring -- throwing in an irrelevant or misleading statement to throw your opponent off his stride.
3)  Straw Man -- recharacterizing your opponent's argument as an oversimplified or ridiculous parody of its actual stance, and arguing against that.

Mr. Graham has, probably deliberately (although as with the case of Rush Limbaugh, you can never be certain if they see it themselves), confused the rates of crime and incarceration with the raw numbers of criminals in jail and on the street.  It's not an easy point; consider how tricky it is to understand the fact that (for example) right now, the number of people on the Earth is increasing, but the rate of growth is decreasing.  If all that the report found was that the numbers of criminals on the street went down as the number of criminals in jail went up, that would hardly be surprising.  But it is curious that the rate of violent crime is declining as the rate of incarceration is increasing, and that statistic certainly deserves a better answer than the ridiculous If-by-Red-Straw-Herring Man-Whiskey that Mr. Graham saw fit to create.

I think what bugs me, however, is how easily suckered the readers are.  I read the comments following Michael Graham's article, and not one recognized what was, to me, an obvious problem with it -- half of them (the conservatives) responded with a rah-rah-right-on-dude, and the other half (the liberals) with messages decrying the inequities of the American justice system and their cost to society.  Nobody, or at least not in the first few pages of comments, said, "Wait a minute.  Your argument has a hole in it big enough to float the Queen Elizabeth through."  (The ship, not the monarch.)

So, anyway, that's today's frustrated anti-media rant.  It's not like the problem would be easy to fix; clear thinking is hard work, and people seem to like easy answers.  Going har-de-har-har at a blatant straw man is certainly simpler than putting your mind to figuring out what's really going on.  I just wish so many of the media wonks weren't getting rich off of it.
Posted by Gordon Bonnet at 1:57 AM