The lure of the exotic

One of the first things we do in my Critical Thinking classes is to learn some of the basic logical fallacies, and afterwards, students are assigned to peruse current print media and find examples.  One of my students this semester, a highly intelligent and perceptive young lady, came up to me a few days ago with a frown on her face.

"I think there's a fallacy you didn't tell us about," she said.

"I'm sure there is," I responded. "We just hit some of the common ones.  What did you find?"

"Well, it's like... the 'exotic fallacy.'  Sort of the opposite of the naturalistic fallacy.  If something sounds exotic, and especially if it comes from some place distant and mysterious like Japan or Tibet, it must be real, or useful, or beneficial."

And she's right, of course.  Attributing anything -- especially some sort of health-related item -- to the Wisdom of the Ancients gives it immediate credibility.  And you'll notice that those Ancients never seem to come from, for example, Omaha:

The exotic fallacy is especially common in the area of "alternative medicine," where nearly all of the "alternatives" are herbs, extracts, and minerals from Asia and Africa.  Now, note that I'm not implying here that all of these treatments are useless; assuming that a traditional cure is useless because it comes from some faraway place is just as illogical as assuming that it must be useful because it does.  I'm more commenting on the immediate appeal -- especially, the selling appeal -- of the exotic: 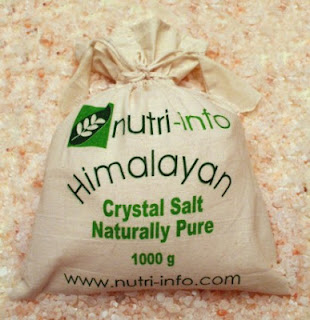 Of course, this also applies to religion and philosophy, doesn't it?  Wicca wouldn't have nearly the esoteric air it has without the constant mention of the Druids -- who, if not exactly from an exotic place (sorry, British readers), still have that same air of the mysterious.  A quick Google search turned up literally hundreds of books, videos, and websites that purport to teach you about Ancient Wisdom from (these were just the first few I saw):
As far as the last one goes, think about why the whole Mayan Apocalypse thing caught on like it did.  I'm sure that it was, in some part, because it was a Mayan Apocalypse.  As Harold Camping found out, apocalypses don't go nearly so well when they're managed by old white guys from Oakland.

It's a little mystifying why some places have a lot of exotic cachet, and others don't.  Polynesia has always seemed to me to be the ultimate in exotic destinations, but you don't hear much about Ancient Polynesian Vitamin Supplements or the Teachings of the Mystical Polynesian Elders.  (One exception is that the cult of Cthulhu comes from there, but I'm not sure that it would qualify in most people's books as "appealing.")  Likewise, Peru and Bolivia have appeal; Ecuador, Venezuela, and Colombia, right next door, don't.  Exotic stuff from Africa is seldom attributed to a particular country, because most of the governments of African countries are in such a disastrous state that any gain in exotic appeal a product might garner by being from, say, Cameroon would be canceled out if the potential customer knew what it was like to actually live in Cameroon.  So stuff from Africa is often attached to tribes rather than countries: 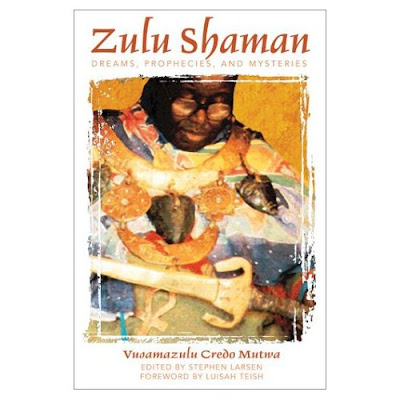 So, anyway, there you are.  A new fallacy to look out for.  I've traveled a lot, and if there's one thing I've learned from being in other countries, it's that no place, and no group of people, has cornered the market on wisdom, ethics, intelligence, rationality, or morality.  All cultures, including my own, have come up with good ideas and bad ones, smart practices and completely moronic ones.  Myself, I'd rather use my brain to figure out whether an idea or a product is worth anything, rather than just deciding that it must be good just because it supposedly comes from somewhere exotic.

On the other hand, I have to say that I'd pass up a nice juicy hamburger if I could get some Trinidadian curried goat roti.  So I suppose, like most things, it's all a matter of what you find appealing.
Posted by Gordon Bonnet at 2:55 AM