Sylvia Browne and the house of cards

Now, first of all, let me state up front that I know that science isn't perfect.

Scientists, after all, are only human.  They sometimes make mistakes, misinterpret data, come to the wrong conclusions.  A (fortunately) small number of them, for a variety of reasons, are dishonest and falsify results.

But science, as a whole, is pretty damn good at self-correcting.  The whole edifice is set up to facilitate it.  Even after a paper has run the gauntlet of peer review and has been published, it's read and questioned by researchers in the same field.  This makes it really tough to get away with "bad science" -- the outright frauds seem mostly to get caught in short order, and the resulting hue and cry by their colleagues makes it nearly certain they'll never receive a grant again.  Consider Hisashi Moriguchi, the Japanese stem-cell researcher who was discredited last year because of irregularities in his research protocol and reporting of results.  Consider Anil Potti, medical researcher for Duke University, fired in 2010 for padding his resumé and falsifying data.  Most famous, consider Stanley Pons and Martin Fleischmann, who destroyed their own careers in 1989 with false claims to have discovered "cold fusion."

Not pleasant stories, to be sure.  It's never fun to watch someone sow the seeds of his or her own downfall.   But in losing grant money, research and publication opportunities, and status, we have at least to admit that justice was served.

Now, let's turn to the case of Sylvia Browne.

Browne, as you probably know, is a self-professed psychic.  She's also filthy rich.  Browne charges $700 for a half-hour psychic reading on the phone, and has a waiting list that extends for years.  She does her dog-and-pony show for packed houses, selling tickets for over a hundred dollars each.  Along the way, she has told thousands of people details about their lives, and given them information about their dead relatives, giving some people hope... and destroying the hopes of others. 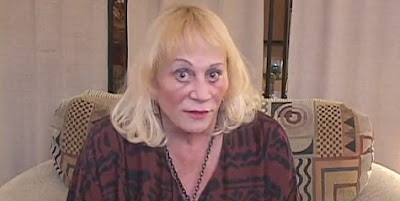 In the latter category was Louwanna Miller, who was told on a talk show in 2004 that her kidnapped daughter, Amanda Berry, was dead.  "I see her in water... She's not alive, honey," were Browne's exact words.  Miller was devastated, as you might expect -- and died, heartbroken, in 2006, never knowing that her daughter was still alive.  Most of you, I'm sure, have heard by now about the spectacular escape of Berry and two others, Michelle Knight and Gina DeJesus, from the clutches of three brothers in Cleveland who had held the three girls captive for ten years.

Browne's only response?  She took down her Facebook page.

What's more interesting, however, is the response from other psychics.  So far it has been: silence.  This morning I checked websites and blogs that give publicity to these charlatans, and no one is even mentioning Browne's name.
And so forth and so on.

C'mon, psychics, why no mention of Browne?  Could it be that you're afraid that stating outright that she's a fraud will call into question the whole filthy lucrative game you're all playing?

What Browne did is reprehensible.  She is a swindler, a con artist, a master cold reader who takes money from people so vulnerable from grief or loneliness that they do not have the wherewithal to see what she's up to.  But by their response -- or lack thereof -- the rest of the psychic world is equally culpable.  Even if you have no intention to retract your own claims of ESP, you should call out Sylvia Browne for having failed, spectacularly, and at least lay claim to a few square inches of honor and fair play.

But I'm not expecting it to happen.  It's highly unlikely that anyone living in this fragile house of cards will do anything that might lead to its collapse.  And because of this, I'll make a prediction of the future of my own.

After a quiet period in which she lays low, Sylvia Browne's career, unlike that of the fallen scientists, will be reborn like a phoenix from the ashes.  She will croak her phony prophecies to packed auditoriums once more.  The cash will start to flow in again.  And she and the other self-proclaimed psychics -- James van Praagh, Psychic Sally Morgan, Derek Acorah, Ingo Swann -- will continue to defraud people, world without end, amen.
Posted by Gordon Bonnet at 2:44 AM