The coolness of Pope Francis

The Roman Catholic world is buzzing because of an announcement made at morning mass last Wednesday by Pope Francis.

This isn't the first time that the new pope -- just installed as the church's leader -- has weighed in on us nonbelievers.  Shortly after his election, he told a crowd,


[W]e also sense our closeness to all those men and women who, although not identifying themselves as followers of any religious tradition, are nonetheless searching for truth, goodness and beauty, the truth, goodness and beauty of God.  They are our valued allies in the commitment to defending human dignity, in building a peaceful coexistence between peoples and in safeguarding and caring for creation.

As an atheist, I think that all of this is nice to hear, and I have to say that Pope Francis seems like a pretty cool guy.  And this kind of statement is a refreshing change from what we secularists usually hear.  After all, being told over and over that you're going to burn in horrible agony for all eternity is a little off-putting, even if you don't technically believe that hell exists.  Especially given how happy the folks who say those things seem to be about it.  You can take schadenfreude too far, in my opinion.

But of course, it was only a matter of time before the rest of the Catholic world questioned Francis' statement.  The powers-that-be need to remind the world that they're still an exclusive club, however welcoming the pope was trying to be.  Reverend Thomas Rosica, a Vatican spokesperson, clarified Pope Francis' statement by saying that "every man or woman, whatever their situation, can be saved.  Even non-Christians can respond to this saving action of the Spirit.  No person is excluded from salvation simply because of so-called original sin."  On the other hand, Rosica said that people who are aware of the Catholic church "cannot be saved" if they "refuse to enter her or remain in her." 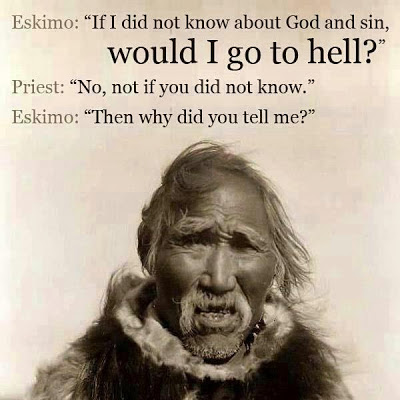 So, anyhow, I'm of two minds about all of this.  On the one hand, I think that being treated with more respect by the religious is pretty awesome, and I'm impressed with the fact that Pope Francis has reached out his hand to us atheists.  In no way do I want to be seen as scorning what was, honestly, an unprecedented and kind gesture.

But on the other hand, the implication is still, "... even though you're wrong about the most important question in the universe."  Now, to be fair, we all kind of start out from that stance -- that we have the answers, and anyone who disagrees is very likely to be mistaken.  Obviously, I wouldn't consider myself an atheist if I thought the pope et al. were right.  But isn't his approach kind of curious, when you think about it?  The pope seems to be saying, "Hey, atheists, we recognize that you can be nice people and do good stuff.  So why don't you just accept that god exists and start coming to church?"  You have to wonder why he thinks that's an appealing offer, given that by definition, we atheists see no particular reason to tie up our Sunday mornings worshiping a god that we are pretty sure isn't there, and asking for forgiveness for a bunch of things that mostly are just basic human nature. 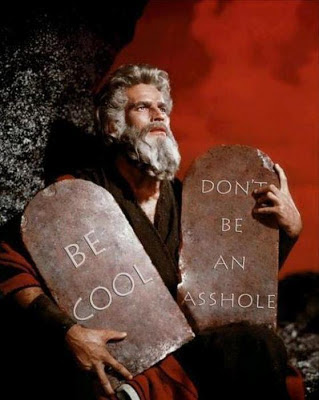 In any case, it's all a step in the right direction.  I'm all for dialogue, mutual understanding, and treating each other nicely.  We don't all have to agree, after all, but it's just so much nicer if we just get along and tolerate one another.  It'd be wonderful if some of the other religions on Earth would follow Pope Francis' lead, and move toward acceptance of people of other beliefs -- or no belief at all.

Yeah, I'm looking at you, Muslims.
Posted by Gordon Bonnet at 2:45 AM