Naveena Shine and the revision of worldviews

Being a woo-woo apparently means never having to admit that you're wrong.

Regular readers of Skeptophilia will undoubtedly remember my post last month about "Naveena Shine," a Seattle guru who wanted to demonstrate to the world that it was possible to live on nothing but sunlight and water.  Shine, who is evidently under the impression that she is a house plant, finally discontinued her month-long fast last week after losing 33 pounds. 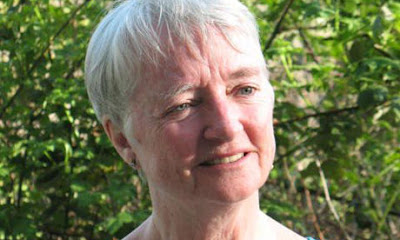 But did Shine do what any sensible person would do in this situation, namely, to say, "Wow, I guess I was wrong!  Humans do need food after all!  What a goober I was!"?

Of course she didn't.  Oh, she starts out sounding uncertain enough.  Shine wrote on her Facebook page:


After 47 days [actually, the post was written after 44 days] I still feel really good, weight loss is slowing and all seems well.  However, I still have no evidence that I am actually living on light and it could well be slow starvation.  Now that I am ending the experiment I will never know.


A doctor can't see living on light because he looks through different lenses...  From the feedback I am getting, it is becoming patently clear that most of the world is by no means ready to receive the information I am attempting to produce.  Even if it were true that a person can 'live on light' and I were successful in demonstrating that, I see that it would be synonymous with putting a non-driver behind the wheel of a huge truck.  It would be an accident in the making.

About her decision to end her fast, she says:


There are many, many complex reasons for ending this experiment...  I received a simple message from the universe that it is time to stop.  Because I'm closing it doesn't mean to say there's any failure here.  I'm looking healthy, I feel healthy, bouncing with energy, none of those dire predictions that people were saying were going to happen happened.

No, obviously everything is completely A-OK with you!  Losing 33 pounds in four weeks is perfectly normal!

So, this ended the way all of us thought it would; she finally realized that she couldn't go through with it.

What always interests me in these sorts of situations whether the person in question actually knows that what (s)he is saying is false -- i.e., whether (s)he is lying or simply delusional.  I wonder the same thing about "Psychic Sally Morgan" who, appallingly, just won a £125,000 libel case in England against The Sun, who had called her out for receiving information at a "psychic reading" through a headset.  "I got lots of loving care from my family and fans and that’s the only thing that got me through," Morgan said in an interview with the very paper she sued, excerpted in an article that was just published two days ago.  "Now, when I look back at how I felt, I think it wasn’t such a bad thing. I have even more empathy for the people I give readings to now. I really feel like I’m one of them."

There is, apparently, a fairly thin line between belief, self-delusion, and outright charlatanism, and it can be awfully difficult to tell the difference between them.

What bothers me about all of these sorts of beliefs is how difficult they are to challenge.  In science, it's a case of The Best Model Wins; if your theory fits the available evidence better than mine does, mine simply has to be scrapped.  I may not be happy about it, but that's the way it goes.

Here, though, there's always an argument, always a rationalization, always a way around admitting that you're simply deluding yourself and your followers.  Naveena Shine gets ample evidence that she can't live on light and water?  It's not that she's wrong; the doctors who advised her to give up and have a cheeseburger are "looking through lenses."  It's the fault of the unenlightened masses who aren't "ready to receive the information she is attempting to produce."  Tell Sally Morgan that she is a skilled cold reader who is defrauding her fans?  She sues you for libel.  Anything but revise their worldviews; anything but publicly admit that what they are claiming is simply false.

In the case of Shine, the damage is minimal.  Almost no one took her seriously, even at the beginning.  In the case of other woo-woo claims -- psychics, mediums, homeopaths, astrologers -- the cost, both literally and figuratively, is far higher.  These people take your money and give you nothing in return (especially the homeopaths!).

And if you challenge them, you can be sure of one thing; they will never, ever admit that they were wrong.

Posted by Gordon Bonnet at 5:05 AM