Well, it's Saturday, the beginning of the weekend, and here at Skeptophilia we're hard at work following three stories for your facepalming enjoyment.

First, we have an update from the bible-is-literally-true crowd.  Long-time readers of this blog may remember that back in 2011 we had an announcement from Donna D'Errico, former star of Baywatch, that she was going to be spearheading an expedition to Mount Ararat in Turkey to try to find Noah's Ark.  D'Errico's qualifications for leading the mission seem to be twofold: (1) she has dreamed of finding Noah's Ark since she was ten; and (2) she likes people to take videos of her.  The climb went off without a hitch, unless you count the fact that they didn't find Noah's Ark because it basically doesn't exist.

Of course, you shouldn't let a little thing like reality stand in the way of pursuing your dream, so D'Errico and her team are trying to launch another expedition, this time using a Kickstarter project to fund it.

In a quote I swear I am not making up, D'Errico wrote on her Kickstarter page, "To get to the area where we believe the ark is located, we will have to climb using ropes, traverse cliffs, circumvent rock slides, avoid mountain rebels, survive blinding blizzards, and fend off vicious sheepdogs." 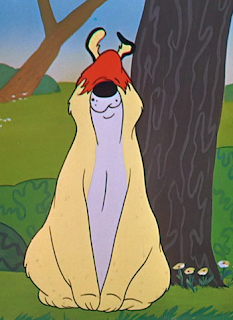 As far as objections to the entire Great Flood story, and how anyone could believe it was true unless they had the IQ of a grapefruit, D'Errico says that it's completely logical.

Right.  2,000 "animal kinds" resulting in 15 million species in 5,000 years (give or take).  Not to mention the fact that the entire Earth being covered in salt water would have killed all of the plants.  Not to mention the wee problem of bringing, for example, the wombats back to Australia after the waters receded.  Nor the problem of where exactly the waters receded to.

But other than that, it's completely logical.


Speaking of not being in touch with reality, we have a story in from Poland that there is going to be a meeting of exorcists soon.  On the agenda: discussing the threat of Madonna.

You would think that, given that these people apparently believe that the world is being besieged by evil supernatural emissaries of Satan who are trying to destroy our souls, they would have more pressing issues to discuss than a 54-year-old has-been pop star.

"Part of the conference is dedicated to the hidden subliminal message in communication, and the choice of this subject was inspired by the woman who dares to call herself Madonna," said Father Andrzej Grefkowic, a trained exorcist who is one of the organisers of the conference.  "We've been worried about her concerts."

Well, one of the reasons that Madonna dares to call herself that is that it's her actual name.  And I don't know how "subliminal" you can call her message, given that she once staged a mock crucifixion at one of her shows.  But okay, I can grant them that she pisses off Catholics with great regularity.

Other things that Grefkowic et al. will be discussing are how the increasing popularity of tattoos and body piercings represent a means of ingress for the devil into people's lives.  But as I've discussed before, this is rather thin ice for me personally, so perhaps I'd better just move on.


If you're not in the mood for discussing the evils of pop stars, but you'd still like to find out about the bizarre side of religion, perhaps you should sign up for the "Defending the Faith" cruise sponsored by Catholic Answers.  This holy voyage will be from November 2 - November 9 of this year, and besides some of the usual shipboard activities (a pool, a rock-climbing wall, an ice skating rink, a spa, a nightclub, and several bars) there will be talks, lectures, and panel discussions on Catholic apologetics, not to mention daily Mass.

In particular -- and they must feel it's important because it was quoted on the front page -- Catholic Answers Director of Development Christopher Check will be giving an interesting talk.  "On the cruise, I’ll be defending the Church against the charges that the Crusades and the Spanish Inquisition are events for which we Catholics need to apologize," Check writes.

Now, I'm a staunch believer in the idea that no one is responsible for bad things his or her ancestors did (or should bask in the glory of good things they did, either, for that matter).  But the Catholic Church, which just recently issued a 400-year-too-late apology for placing Galileo under house arrest for the remainder of his life for publicly stating that the Earth went around the Sun, really does have a lot to answer for as an institution.  And it's reprehensible that Check and his comrades seem to be claiming that the Catholic Church at the time was acting within its rights to launch people off to "reclaim the Holy Land" from innocent people who had lived there for generations, and to torture and execute thousands for heresy and witchcraft.

But if that sort of thing is your cup of tea, have at it.  Failing that, you can go to Poland and discuss the most recent depredations of Madonna.  Or go to Turkey and join Donna D'Errico in an expedition to once again not find Noah's Ark.  If you believe this stuff, there are thousands of pointless activities you can participate in!  Me, I think I'll stay home and weed the garden.  And frankly, it seems like in doing so I'll accomplish a great deal more toward improving the world.
Posted by Gordon Bonnet at 5:09 AM