The wrath of Herman

We have an interesting story developing in Illinois, where a church pastor has raised some eyebrows by calling down the wrath of god on a federal judge.

Herman Jackson, who is the bishop of the Ark of Safety Apostolic Faith Temple of Cicero (a suburb of Chicago), ran afoul of the law last October when he was arrested on charges of fraud, with allegations that he had been swindling state day care funds.  Jackson was already notorious for a conspicuously flashy lifestyle, with a fleet of luxury vehicles that included a Bentley, a Jaguar, and two Mercedes, and a second home in Georgia, leading non-church-members to suspect that Bishop Jackson may have other priorities than spreading the word of god. 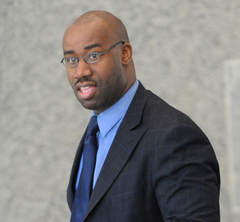 Be that as it may, Jackson was arrested and then freed on bond, but had a directive to live in the bedroom in his church rather than returning to Georgia to be with his family.  Jackson objected to this condition, saying that he needed to drive his 15-year-old son to school, an excuse that in my opinion ranks right up there with "the dog ate my homework" in believability.

So the judge overseeing the case, Sharon Johnson Coleman, refused to let him go.  Jackson blew his stack, and said, "Because of Judge Sharon Coleman’s continual mocking of God’s ecclesiastical order and the sanctity of family and marriage, the wrath of God almighty shall soon visit her home."

One guiding principle of life in the United States is, "Threatening a federal judge is a bad idea."  Speaking with the measured tone that befits her position, she said that she "has concerns about Mr. Jackson’s ability to comply with bond conditions and to appreciate the severity and magnitude of the situation in which he finds himself."

In other words: you can take your wrath of god and stick it where the sun don't shine.

Jackson, however, didn't back down, and continues to claim that the Almighty is on his side.  "I was in prayer.  This is what God told me.  I don’t have the power.  God has the power."

You have to wonder how all of the "America is a Christian Nation" people are going to respond to this.  On the one hand, you have a federal judge, who is clearly carrying out her sworn duty in prosecuting this wingnut.  On the other hand, you have a guy who sincerely believes that he's hearing the voice of god, and that voice is fully in support of everything he does.

Because, of course, "calling down god's wrath" kind of happens all the time in the bible, and when they read these passages, most Christians seem to shrug and say, "Well, you know, god is just like that."  We have, for example, 2 Kings 23-24, where the prophet Elisha is meandering about, and some kids make fun of him:

Well, that's edifying.   And lest you think that this is the sort of thing that only happened in the Old Testament, that by New Testament times god had upped his dosage of antipsychotic meds, we have the lovely tale of Ananias and Sapphira in Acts 5:1-11, which goes as follows:


Now a man named Ananias, together with his wife Sapphira, also sold a piece of property. With his wife’s full knowledge he kept back part of the money for himself, but brought the rest and put it at the apostles’ feet.

Then Peter said, “Ananias, how is it that Satan has so filled your heart that you have lied to the Holy Spirit and have kept for yourself some of the money you received for the land?  Didn’t it belong to you before it was sold?  And after it was sold, wasn’t the money at your disposal? What made you think of doing such a thing?  You have not lied just to human beings but to God.”

When Ananias heard this, he fell down and died. And great fear seized all who heard what had happened.  Then some young men came forward, wrapped up his body, and carried him out and buried him.

About three hours later his wife came in, not knowing what had happened.  Peter asked her, “Tell me, is this the price you and Ananias got for the land?”

Peter said to her, “How could you conspire to test the Spirit of the Lord?  Listen!  The feet of the men who buried your husband are at the door, and they will carry you out also.”

At that moment she fell down at his feet and died. Then the young men came in and, finding her dead, carried her out and buried her beside her husband.  Great fear seized the whole church and all who heard about these events.

I'll just bet it did.

So Bishop Jackson does have some basis for his actions.  Not that the wrath of god seems like it's all that easy to call down these days, for some reason.  In spite of the fact that the folks in the bible seemed to be able to get god to smite people left and right, for damn near anything, nowadays it doesn't happen nearly so often.  I know my dad used to regularly request that the wrath of god descend upon tailgaters and telemarketers, and I don't recall that in either case anyone dropped dead or got eaten by a bear.

Which is kind of a shame, now that I come to think of it.

So, I don't think that Judge Coleman has all that much to worry about.  But it'll be interesting to see how this plays out -- if she decides that what Bishop Jackson has said actually constitutes a threat.  If so, I'm guessing that even living in his church will cease to be an option, and he'll find himself being fitted for an orange jumpsuit post-haste.

So, that's our news from the wacky religious fringe.  I live in hope that even the devout Christians who hear about people like Bishop Jackson don't believe his fire-and-brimstone pronouncements, although there are dozens of biblical passages that then require some rather awkward explanation.   So keep your eye on the Chicago area.  Let me know if you hear about bears in the vicinity.  Other than these guys: 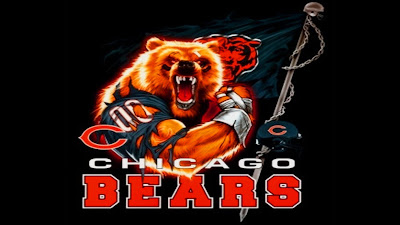 Posted by Gordon Bonnet at 4:54 AM