Today I'm going to ask a question that I'm not at all certain I have an answer to:  Is it possible to separate creative people from their works, especially in cases where the work is good but the creators themselves are reprehensible?  Or outright crazy?

I bring this up, of course, because of Orson Scott Card, whose book Ender's Game is brilliant, but who personally seems to be a grade-A wingnut. 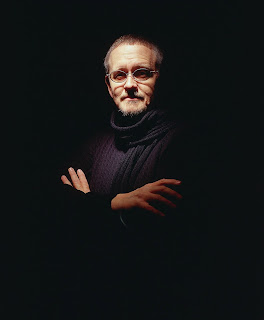 First, we had the revelation that Card had served for years on the board of the National Organization for Marriage, an organization whose entire raison d'être is opposing gay marriage.  (He quietly resigned in 2009, possibly because he knew that it would result in bad press for the upcoming movie version of his book.)  The story came out anyway, of course, as did homophobic vitriol he'd written that included the following [Source]:


The dark secret of homosexual society -- the one that dares not speak its name -- is how many homosexuals first entered into that world through a disturbing seduction or rape or molestation or abuse, and how many of them yearn to get out of the homosexual community and live normally.

He still refers to the gay marriage question as requiring the "radical redefinition of marriage," which I find wryly amusing, given that he's a devout Mormon.

Be that as it may, his anti-homosexual opinions are sadly commonplace.  Not so his more recently revealed opinions, which move him from "narrow-minded right-winger" directly into the "card-carrying loony" column.  Because now Card is now claiming that there is a leftist conspiracy to trash the Constitution and turn President Obama into an emperor [Source]:


Obama is, by character and preference, a dictator. He hates the very idea of compromise; he demonizes his critics and despises even his own toadies in the liberal press. He circumvented Congress as soon as he got into office by appointing "czars" who didn't need Senate approval. His own party hasn't passed a budget ever in the Senate.

In other words, Obama already acts as if the Constitution were just for show. Like Augustus, he pretends to govern within its framework, but in fact he treats it with contempt...

Michelle Obama is going to be Barack's Lurleen Wallace. Remember how George Wallace got around Alabama's ban on governors serving two terms in a row? He ran his wife for the office. Everyone knew Wallace would actually be pulling the strings, even though they denied it. Michelle Obama will be Obama's designated "successor," and any Democrat who seriously opposes her will be destroyed in the media the way everyone who contested Obama's run for the Democratic nomination in 2008 was destroyed.

How will Obama accomplish all of this? By hiring gang members as his personal hit men, of course:


Where will he get his "national police"? The NaPo will be recruited from "young out-of-work urban men" and it will be hailed as a cure for the economic malaise of the inner cities.

In other words, Obama will put a thin veneer of training and military structure on urban gangs, and send them out to channel their violence against Obama's enemies.

Instead of doing drive-by shootings in their own neighborhoods, these young thugs will do beatings and murders of people "trying to escape" -- people who all seem to be leaders and members of groups that oppose Obama.

All righty, then. I guess that's clear enough.

What is a bit perplexing is how little of this nuttiness comes through in Ender's Game, a book that is rightly popular and is (in fact) required reading in 10th grade English classes in the high school where I teach.  How could someone who has so clearly gone off the deep end can write a book as morally complex as this one?   (I know more than one person who is boycotting the movie, largely because of a desire not to put more money in the hands of a person who has such repellent ideas.)

Of course, Card is hardly the only author whose odd personal life has given readers pause.   Robert Heinlein, whose Stranger in a Strange Land, The Moon is a Harsh Mistress, and Starship Troopers are classics of science fiction, was during his life a peculiar mix of forward-thinking and reactionary. (What other nudists who supported Free Love can you think of who worked on the Barry Goldwater campaign?)

And of course, you get into even deeper water when you throw actors, artists, and musicians into the mix.  I know one person who can't even watch a Tom Cruise movie because of his role in suppressing negative press for the Scientologists.  I have less of a problem here, because when Cruise is on the screen, he's playing someone else, after all.  (There's still the difficulty of bankrolling someone who is morally reprehensible -- I do get that.)

So, it's a question worth asking.  Do the repulsive and (frankly) counterfactual beliefs of people like Orson Scott Card give us a reason to avoid their creations, even if those creations have their own merit?  To what extent can you separate the creation from the creator?  I suspect, from personal experience, that this may not even be possible. In addition to writing Skeptophilia I write fiction, and it is undeniable that my views of the universe have a way of creeping in -- however much I try to make the characters their own people, with their own worldviews and their own motivations.  And sometimes it works better than others.  For example, I deliberately tried to shake up my own sensibilities when I wrote the novella Adam's Fall -- the point-of-view character is an elderly and devout Anglican clergyman, and (I think) a highly sympathetic and complex man. The separation isn't quite so clear in other cases, though, and when a friend read my novel Signal to Noise, she said about the main character, "Um... you do realize that Tyler Vaughn is you, don't you?"

I'd be interested to hear what my readers think about this question, particularly apropos of the homophobia and conspiracy-theory aspects of Orson Scott Card's beliefs.  Do these diminish your enjoyment of his fiction?  Or stop you from reading it entirely?  Should it matter what sort of personal life an author or artist (or, for that matter, a scientist) leads?  Should it matter that geneticist James Watson thinks that Africa will never amount to much because "their intelligence is [not] the same as ours"?  Does the child molestation conviction of biologist Carleton Gajdusek decrease the worth of his research into the etiology of mad cow disease, research that led to protocols that have undoubtedly saved lives?  Does it make a difference that Isaac Newton, the "father of mathematical physics," was a narrow-minded religious fanatic who spent his spare time poring the bible for secret messages so he could figure out when the Antichrist was coming to Earth?

Myself, I think this just points up something that bears remembering: humans are complex. We are all combinations of good and bad -- some of us, really good and really bad.  What positive things we might accomplish don't excuse us from the repercussions of our darker sides, of course; but perhaps we should stop being surprised when they occur in the same person.

Maybe the problem here is our desire for clear-cut heroes and villains.  People are never two-dimensional, however easier it might make the world if they were.  Realistically, we shouldn't expect them to be.  When we are surprised at how odd, and seemingly self-contradictory, the human mind can be, perhaps it's our assumptions that are at fault.
Posted by Gordon Bonnet at 4:50 AM