Yesterday, we saw one example of mistaking correlation for causation -- that being a skeptic (or materialist, or rationalist) is why two prominent skeptics had apparent serious moral lapses.  Today, we'll look at a second -- a group that is claiming that the elimination of school prayer is why student SAT scores have dropped in the United States.

The American Family Association of Kentucky currently has a petition out asking people to vote on whether or not prayer should be allowed in public schools.  First, we have the following photograph, to put us all in the right frame of mind: 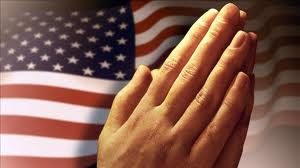 And then, there's the meat of the argument, if I can dignify it with that term:


Prayer was in our schools for over 200 years before the anti-God forces took it out in 1962. After prayer was removed from our schools, teen pregnancy went up 500%, STD’s went up 226%, violent crime went up 500% and SAT scores went down for 18 years in a row, opening the door for the AIDS epidemic and the drug culture.

WE NEED PRAYER BACK IN SCHOOLS!

We need to do this, the author of the petition (Frank Simon) says, in order to "return God's protection to America."

First off, if someone is claiming that two things are not only correlated, but exist in a causative relationship, the first thing to do is to determine if there really is even a correlation.  So I looked up the Commonwealth Foundation's breakdown of SAT results state by state.  If god really does care about SAT scores, to the point where he awards the best scores not to the kids that are the smartest or the hardest working but to the kids who pray the most, there should be a correlation between the most religious states and the highest scores, right?  Interestingly, in three states that are pretty solidly Christian -- Mississippi, Alabama, and Louisiana -- only 4%, 8%, and 9% of qualified high school students even took the SATs last year, although admittedly the average scores of the students who did take it land those states solidly in the middle of the pack.  And I guess even god can't give you good scores on an exam you didn't take.

So what about teen pregnancy?  Once again, if you think the spread of atheism has caused this supposed 500% increase in teen pregnancy, you should see the godly states having lower rates than the ungodly ones, right?  So I looked at the National Campaign to End Teen and Unplanned Pregnancy's page on state data, and guess where Alabama, Louisiana, and Mississippi fell?  14th, 8th, and 2nd worst (i.e. highest teen pregnancy rates) overall.  Other states in the top ten were Tennessee, Georgia, Oklahoma, Arkansas, and Texas, also so-called "Bible-Belt" states.

Hmm.  I guess that when it comes to preventing teen pregnancy, sex education and availability of birth control work better than praying.  Whoda thought?

And because I'm nothing if not thorough, I decided to check STD rates state-by-state, so I went to the Center for Disease Control's Data Atlas, and guess where the most new cases of STDs in 2012 were?  Louisiana, Mississippi, and Alabama.  In that order.

I think what bothers me most about this, though, is the way these people are framing this as a religious freedom issue -- the subtitle on the petition page says, "Restore Student Religious Liberty."  One of my first mentors, when I started teaching, was a wonderful science teacher who was also a devout Christian.  I was discussing religion with him one day, and he said something that was very interesting.  "I never bring up religion in class," he said.  "My own beliefs are irrelevant in the classroom.  But more than that; teachers need to keep in mind that they are talking to captive audiences made up of kids of diverse backgrounds and beliefs.  Because of that, you have to be extremely careful when discussing anything that has bearing on political or religious issues.  The best teachers challenge all of their students, not just the ones they disagree with."

So, the bottom line is, students are free to pray in their churches.  They are also free to pray, silently, during class, or any other time during the day.  (I suspect a lot of prayer goes on prior to my administering exams.)  On the other hand, it is not ethical for teachers or administrators to lead prayers in public schools.  At that point, it is no longer an issue of religious liberty, it is an issue of forced proselytization.  And that, actually, is the opposite of liberty.
Posted by Gordon Bonnet at 5:08 AM