The case for optimism

A friend and frequent contributor of topics to Skeptophilia asked me recently how I don't completely lose faith in humanity, after all these years of focusing on the ridiculous things people believe.

"How you continue to post, day after day," he wrote to me, "and not end up raising your arms in the air, fists clenched in rage, throwing your head back, and screaming a slew of expletives that would make the San Quentin warden blush, is beyond me."

Well, sometimes I do, you know.  I spend a lot of time yelling at my computer, which may explain why it doesn't work sometimes.  But honestly, I'm an optimist.  If I thought that humanity was irredeemable -- that we will never learn, will never figure out how to think rationally, will always be mired in superstition -- my writing this blog would be kind of pointless.

So would my being a science teacher, now that I come to think of it.

I am by nature an optimist.  A cautious optimist, but an optimist nonetheless.  And three stories that just came out in the last couple of days give me some support in my contention that humankind is capable of moving in positive directions.

First, from Australia, we have a story from The Brisbane Times, wherein we learn that a court in Queensland has denied a woman taxpayer-funded assistance for a $20,000 "spiritual healing" she received in Canada.  [Source]

The woman, who is identified only as "BN," sounds like she has had a rough time of it -- she was assaulted, and had trauma associated with a motor vehicle accident -- and I do not mean to sound unsympathetic with her plight.  In fact, the Queensland Civil and Administrative Tribunal agreed; in their ruling, they said, "It is not disputed that BN suffers from post-traumatic stress disorder."

But the woman's claim was that she needed "Native spiritual healing," and the only place that she was willing to go was to a Cree spiritual retreat center in Canada.  She required the flight to and from Canada not pass through any American or Asian airports, because she found them "stressful."  The total bill, for travel and for the "spiritual healing"  came to close to $20,000, which she expected would be covered by the Australian health care system.

It is crazy that taxpayers should be expected to bear the costs when someone wants to pursue unscientific alternatives to conventional medical treatment.  I'm happy to report that the courts agreed.  Attorney General Jarrod Bleijie said, "I absolutely respect and understand the benefits of rehabilitation for victims of crime, but it was inconceivable that treatment couldn't be found here in Queensland."


A second story that gives me hope that rationality can sometimes win the day comes out of Florida, where a psychic is currently on trial for fraud to the tune of $25 million.

Rose Marks, who has used her alleged powers to advise such well-known figures as romance writer Jude Deveraux, is unrepentant.  Her lawyer, Fred Schwartz, said in an interview, "She said she uses psychic powers to help advise people as a life coach and that she's a spiritual adviser," and added that Ms. Marks' powers have "been in her family for 1,500 years."

You have to wonder how she knows that.  Psychically, I'd imagine. 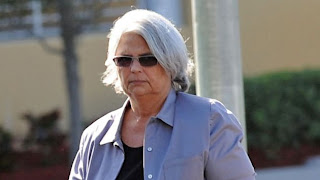 Well, the U.S. Attorney's office isn't buying it.  The indictment, in part, reads, "Rose Marks, a/k/a Joyce Michael, along with co-conspirators, represented herself as a psychic and clairvoyant, gifted by God to communicate with spirit guides to assist her clients through personal difficulties...  [She] would offer services to walk-in customers, some of whom would be suffering from mental and emotional disorders, who had recently gone through personal traumatic events and/or who were emotionally vulnerable, fragile and/or gullible...  [Marks induced clients] to make 'sacrifices', usually consisting of large amounts of money (but also at times including jewelry, gold coins and other property) because 'money was the root of all evil.'"

Oh, indeed it can be, which is why these charlatans do what they do.  Well, if the prosecutors do their job, we may see one fewer of them out there defrauding their customers, a possibility that should give Sylvia Browne, Derek Acorah, Theresa Caputo, and Sally Morgan pause.


Our last story seems to indicate that courts are disinclined to let people get away with harming someone because of irrational beliefs even if those beliefs are part of their religion.  "It's my religion" has, for a long time, been a Get-Out-Of-Jail-Free card in the United States, and in many other parts of the world -- but that may be ending.  Just last week, two members of The Church of the First Born, a fundamentalist faith-healing sect in Albany, Oregon, were arrested for manslaughter after their daughter died of untreated type I diabetes.

Travis and Wenona Rossiter prayed over their twelve-year-old daughter, Syble, convinced that the line from James chapter 5 was true -- "Is anyone among you sick? Let them call the elders of the church to pray over them and anoint them with oil in the name of the Lord." 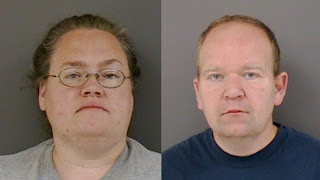 This, despite the fact that two other children of members of this sect of loonies have died in similar circumstances -- a seven-year-old of leukemia in 1996, and a seventeen-year-old just last year of appendicitis.  You'd think they'd realize it wasn't working, wouldn't you?  Nope.  They probably just thought they weren't praying hard enough, or rationalized it by saying it was "god's will," or some such nonsense.

The courts aren't buying it.  The Rossiters are in jail, and with luck, will stay there.


Now, all of this is some pretty harsh stuff, and it might be hard to see how this supports my original contention that we have cause for optimism.  But look at the overall trend -- we've gone from rampant superstition, faith healing, and anti-science sentiment being the majority opinion, to its being repeatedly slapped down by the courts, in only a hundred or so years.  Even as little as fifty years ago, the authorities were reluctant to step in when cases involved "matters of faith" -- churches and "spiritual practices" were given carte blanche.

Now?  We're seeing an increasing push to revoke the tax-exempt status of churches, especially in cases where church leaders publicly push political agendas.  We're seeing courts uphold sentences in cases where people inflict damage, whether personal or financial, on the gullible, innocent, or helpless because of their commitment to counterfactional irrationality.  It's getting harder and harder to get away with murder -- sometimes literally -- because you hold an umbrella labeled "god's will" over your head.

And I, for one, find this to be movement in the right direction.
Posted by Gordon Bonnet at 5:29 AM