The new weapon of the "elite:" vaccinations

This week we had two news stories that are mostly noteworthy in juxtaposition.

First, we had an interview that took place between Representative Louie Gohmert (R-TX) and political pundit, erstwhile presidential candidate, and noted wingnut Alan Keyes, regarding the plan by liberals to reduce the world's population using vaccines. 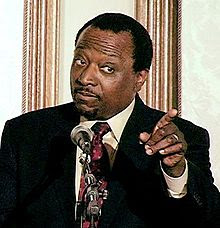 Gohmert asked Keyes about the claim by "some liberals" that the world was overpopulated.  Keyes responded:


A lot of people who fancy themselves elites, right, because they’ve made a lot of money, their names are all over the media and so forth, they’ve really signed on to an agenda that requires the depopulation of the globe.  And in the name of fighting global climatological change, called global warming — that’s proven to be something that’s wrong — they are saying that we’ve got to cut back the population of the world.

Bill Gates gave a famous talk back in 2009, which he was talking about actually abusing vaccinations, which are supposed to keep people healthy and alive, and saying how this could lead to a 15 percent reduction in the population of the globe as a way to achieve this result.

They’re preaching that doctrine because they actually believe we’re a blight on the face of the planet, we human beings.  And we should, therefore, be put on a path toward our own semi-extinction. I often try to get people to see that if you think about it, if we actually get back to the levels they’re talking about, it would just be these elitists and the people needed to service them. That’s all that will be left in the world.

And instead of doing what I would have done, which is to guffaw directly into Mr. Keyes' face and then get up and walk away, Gohmert responded as if he had just said something sensible.

Yes, it is a scary thought, and doubly scary because there are presumably people who believe this.  We're all being duped by the elite liberal scientists.  Vaccines, as we all know from watching the historical documentary The X Files, are just the government's way of tagging the entire citizenry, i.e., marking us for "culling."

Oh, and global climate change is "wrong."  How do we know?  Because elitism, that's how.  Stop asking questions.

But I must interject a question of my own here, and it's one that I've asked before: why in the hell is the word "elite" used as a compliment in sports and an insult in intellectual pursuits?  Isn't it a good thing to be really smart?  Given Mr. Keyes' grasp of the facts, it's understandable that he doesn't think so, but in general?

The whole thing is interesting especially given our second story, which occurred only a little west of Representative Gohmert's home of Texas' First Congressional District, in the town of Newark -- where an evangelical megachurch has has an outbreak of measles after its pastor, Terri Copeland Pearsons, promoted faith healing as an alternative to vaccination.

Pearsons' father, televangelist Kenneth Copeland, has publicly stated his anti-vaxxer sympathies in a broadcast called "God's Health and Wellness Plan."  (The relevant bit comes about twenty minutes into the broadcast, if you decide to watch it.)  He talks about the whole topic of vaccination becoming "personal" when his first great-grandchild was born, and the doctors advised the parents to have the baby vaccinated "with all of these shots, and all of this stuff."  Some of what they wanted to vaccinate the baby with, Copeland said, "is criminal."

"You don't take the word of the guy that is trying to give the shot about what's good and what isn't!" Copeland said.

Nope.  Those damned doctors, with their advanced degrees.  What do they know, anyway? 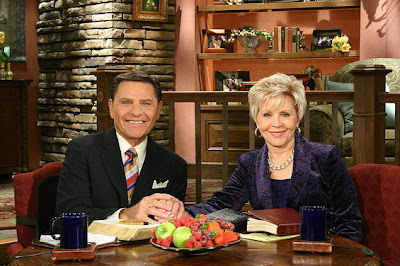 But then Copeland's daughter's church was visited by someone who had just come from overseas, and had been exposed to measles -- and before you can say "liberal elite," twenty church members had contracted the disease.

This left Pastor Pearsons to deliver the news to the faithful, which she did, albeit a little awkwardly:


There has been a ... confirmed case of the measles from the Tarrant County Public Health Department. And that is a really big deal in that America, the United States has been essentially measles free for I think it's ten years. And so when measles pops up anywhere else in the United States, the health department -- well, you know, it excites them. You know what I mean... I don't mean... I don't mean they're happy about it, but they get very excited and respond to it because it doesn't take much for things like that to spread.

Sure.  The Health Department just loves outbreaks.  It's some excitement to distract them from their otherwise humdrum job of figuring out ways to cull the human population.

So it was wryly amusing when last week, Pastor Pearsons announced that there would be free measles vaccination clinics held in the church, in spite of the fact that the bible should be enough:


There are a lot of people that think the Bible -- we talk about walking by faith -- it leaves out things such as, I don't know, people just get strange. But when you read the Old Testament, you find that it is full of precautionary measures, and it is full of the law.

Why did the Jewish people, why did they not die out during the plague? Because the Bible told them how to be clean, told them how to disinfect, told them there was something contagious. And the interesting thing of it, it wasn't a medical doctor per se who took care of those things, it was the priesthood. It was the ministers, it was those who knew how to take the promises of God as well as the commandments of God to take care of things like disinfection and so forth....

Many of the things that we have in medical practice now actually are things you can trace back into scripture. It's when we find out what's in the scripture that we have wisdom.

Yup.  Because priests have such a better track record for curing disease than medical doctors do.  Oh, but by all means, Pastor Pearsons, don't let little things like facts get in your way.  Do carry on.

And in neat contrast to all of this, we have two new peer-reviewed papers this summer showing that vaccinations save lives.  As if we should need more evidence.

Well, we might not, if it weren't for anti-science whackjobs like Keyes, Pearsons, and Copeland babbling their bizarre, fact-free opinions on the air.  All of which just goes to show, as I've said before -- if you want to learn how the world really works, don't listen to politicians and pastors.

Ask an "elite scientist."  They're the ones who actually know what they're talking about.
Posted by Gordon Bonnet at 3:54 AM