COPE, Kansas, and the battle over evolution (again)

It's with a sense of "Oy, here we go again" that I must tell you that a group of parents in Kansas calling themselves COPE (Citizens for Objective Public Education) have sued the Kansas State Board of Education for adopting the Next Generation Science Standards, which explicitly endorse the teaching of evolution.

Here's the gist of the suit:


The Plaintiffs, consisting of students, parents and Kansas resident taxpayers, and a representative organization, complain that the adoption by the Defendant State Board of Education on June 11, 2013 of Next Generation Science Standards, dated April 2013 (the Standards; http://www.nextgenscience.org/) and the related Framework for K-12 Science Education: Practices, Crosscutting Concepts and Core Ideas, (2012;
(http://www.nap.edu/catalog.php?record_id=13165#), incorporated therein by reference (the "Framework" with the Framework and Standards referred to herein as the “F&S”) will have the effect of causing Kansas public schools to establish and endorse a non-theistic religious worldview (the “Worldview”) in violation of the Establishment, Free Exercise, and Speech Clauses of the First Amendment, and the Equal Protection Clauses of the 14th Amendment.

So it's pretty much same old, same old.  They never get tired of the game, somehow, despite their repeated defeats, most tellingly the stinging slapdown they got in the Kitzmiller vs. the Dover Area School Board decision of 2005, which read, in part:


After a searching review of the record and applicable caselaw, we find that while ID [Intelligent Design] arguments may be true, a proposition on which the Court takes no position, ID is not science. We find that ID fails on three different levels, any one of which is sufficient to preclude a determination that ID is science. They are: (1) ID violates the centuries-old ground rules of science by invoking and permitting supernatural causation; (2) the argument of irreducible complexity, central to ID, employs the same flawed and illogical contrived dualism that doomed creation science in the 1980s; and (3) ID's negative attacks on evolution have been refuted by the scientific community...  It is additionally important to note that ID has failed to gain acceptance in the scientific community, it has not generated peer-reviewed publications, nor has it been the subject of testing and research. Expert testimony reveals that since the scientific revolution of the 16th and 17th centuries, science has been limited to the search for natural causes to explain natural phenomena...  ID's backers have sought to avoid the scientific scrutiny which we have now determined that it cannot withstand by advocating that the controversy, but not ID itself, should be taught in science class. This tactic is at best disingenuous, and at worst a canard. The goal of the IDM is not to encourage critical thought, but to foment a revolution which would supplant evolutionary theory with ID.

So, yeah.  Ouchie-wawa.  But if you're on a Holy Crusade, you never accept defeat.  So they're back at it again, with (one hopes) the same results in store for them. 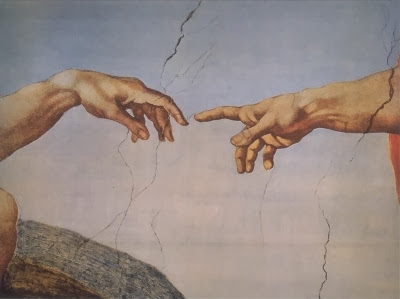 What makes this more interesting, though, is a piece on the subject by the eminent neurologist, writer, and skeptic Steven Novella, in his wonderful blog NeuroLogica.  The post, entitled "Kansas Citizens Vote to Reject Science," is (of course) a thorough rebuke of the motives and rationality of COPE and any members of the judiciary who might agree with them, but it contained a passage that made me frown a little:

Science is officially agnostic, however, toward any deeper philosophical conclusions about whether or not anything supernatural actual exists. It simply relegates such questions outside the sphere of science.

This does not mean that philosophers cannot rely on empirical evidence and scientific notions to argue for a naturalistic universe. That is my personal belief – the simplest explanation for why we cannot know about anything supernatural, and why science works within the assumption of naturalism, is because naturalism is actually true. But science does not require that belief.

While I agree with him insofar as his views speak of religion in general, I disagree entirely when they are applied to specific religions.  And, after all, almost no one belongs to a "religion in general."  There are religions that see no conflict whatsoever between science and a belief in god (the Unitarians, for example).  There are others which very much do.  So it's all very well to say that "science is officially agnostic... about whether or not anything supernatural exists," but when push comes to shove and science runs headlong into religion, a Southern Baptist (for example) is going to have to decide where (s)he stands on the matter.

It's a little disingenuous, I think, for Dr. Novella (however much I respect him and approve of his views) to say that mandating the teaching of evolution in public schools is outside of the purview of religion, just as religion is outside of the purview of science.  But if part of your religious belief is that god created the world in six days, six-thousand-odd years ago, then my saying that the Earth is six or so billion years old, that organisms have evolved into the forms we have today, that there was no Great Flood, and so on, certainly has religious implications.  By stating that the latter are to be taught in science classes -- and I believe, of course, that they should be -- I am stating, not so subtly, that your religion is wrong on those points.

You can surely see how both viewpoints can't be true.

So, however much we'd like to accept the Stephen Jay Gould idea of non-overlapping magisteria -- that science and religion both have their places, and those places do not intersect -- there is a significant percentage of Americans who don't see it that way.  Young-Earth creationists, in particular, are completely correct in seeing scientific statements as affecting, and in many cases negating, their religious claims.

To them, scientific statements are religious statements.  Not that science and religion have the same methods; in fact, precisely because they don't.  They have accepted the religious way of knowing as the ultimate truth -- anything that comes into conflict with that, then, must be false and evil.

Now don't get me wrong; I think the members of COPE are a bunch of irrational nitwits.  Their stance about evolution is demonstrably incorrect.  However, that doesn't mean that their claim -- that teaching their children evolution is a practice that carries with it an intrinsic statement about their religion -- is false as well.

So as much as I wish we would stop pussyfooting around and playing nice with these people, the Establishment clause of the First Amendment of the Constitution states, "Congress shall make no law respecting an establishment of religion, or prohibiting the free exercise thereof."  At first glance, this would clearly seem to place religion in the context of a personal practice -- making any public mandate of a religious point of view illegal.  But what if, as in this case, kids are being made to learn, and to treat as truth, a viewpoint that directly contradicts their religious beliefs?

How is that itself not a religious statement?

I dunno.  Makes me glad I'm not a judge.  Despite my inclination to tell the members of COPE, "Hey, y'all just get yourselves back to the 17th century where you belong, I'm sure there are some witches y'all need to take care of back there," I'm not sure it's that easy.  I hope that this latest lawsuit goes the way of Kitzmiller vs. Dover, but however it's decided, I don't think the war is over quite yet.
Posted by Gordon Bonnet at 2:00 AM