I told myself that I wouldn't blog about the government shutdown.

As I've mentioned before, I'm not a very political person.  To my untrained ear, most politics seems to fall into one of two categories; (1) arguing about things that are blatantly obvious (such as whether gays should have the same rights that straight people do), and (2) arguing about things that are so impossibly complex that a reasonable solution is probably impossible (such as how to balance the federal budget).  Given that impression, it's no wonder that most political wrangling leaves me a little baffled.

So, any opinion I might have on the government shutdown, or what to do about it, wouldn't be worth much.  But I did hear one commentary on the shutdown, and President Obama's role in it, that left me feeling like I had to respond.  It came from one Larry Klayman, the attorney who founded the right-wing organization Freedom Watch:


I call upon all of you to wage a second American nonviolent revolution, to use civil disobedience, and to demand that this president leave town, to get up, to put the Qu'ran down, to get up off his knees, and to figuratively come out with his hands up.

This unusually stupid statement was made at an event called the "Million Vet March on the Memorials," which was an accurate name only if you believe the mathematical equation 200 = 1,000,000, but which did attract noted wingnuts Sarah Palin and Ted Cruz.  And when Klayman made his wacky pronouncement, the crowd went wild with glee and waved their anti-government flags they'd brought along for the occasion. 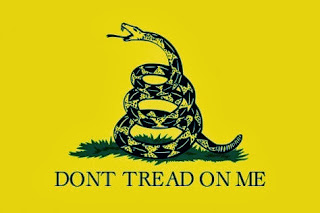 My thought was, "Are you serious?  You people still think President Obama is a Muslim?"  I thought that had finally been laid to rest along with the whole birth certificate nonsense and the question of whether Donald Trump is wearing a toupée or if a raccoon had simply crawled on top of his head and died.

But no, the whole thing is still a burning issue with these people.  Klayman apparently arrived at the position using the following logic:

Possibly augmented with a second airtight argument, to wit:

Logicians describe two basic kinds of one-step reasoning, the modus ponens and the modus tollens.  The first is when you have an implication, and can show that the first part is true, and deduce that the second must be true ("If today is Wednesday, then tomorrow must be Thursday.  I know today is Wednesday.  Therefore I know that tomorrow will be Thursday.")  The second is the converse; if I have an implication, and the second part is false, the first must be false as well ("If it's July, the weather is warm.  It's not warm this morning.  Therefore I know it must not be July.")

Klayman appears to have invented a third mode of reasoning, the modus morons.  I guess I need to revise my notes next time I teach logic in my Critical Thinking classes.

But what gets me most about all of this is how ridiculous it is from another standpoint, which is to consider how President Obama would act if he were a Muslim.  Let's look around us at Muslim-dominated countries in the world, and see if we can see some commonalities.  Here are a few:
So, really, folks; who does that sound more like, the Democrats or the Republicans?

I mean, okay.  Even if you think that Klayman and his idiot friends are right, and that President Obama is a Muslim, you have to admit that he's a really lousy Muslim.  I think that if he is a Muslim, he should turn in his membership card, because he's acting like...

And even so, when Klayman said his piece about the President "putting down his Qu'ran," the people listening didn't seem to react that way.  They applauded.  They yelled for more.  Instead of doing what I would have done -- which was to laugh directly in Klayman's face and take away his microphone -- they cheered him on.

There's something, I think, that happens to people's brains when they're in mobs.  Somehow, being part of a mob makes you incapable of thinking rationally.  So maybe that's all that happened here -- one fool got up and babbled foolish stuff to the crowd, and the crowd simply agreed, because that's what crowds do.  It's like the inimitable Terry Pratchett said: "The IQ of a mob is equal to the IQ of the stupidest person in the mob, divided by the number of people in the mob."

Considering that this particular mob contained Sarah Palin, Ted Cruz, and Larry Klayman, I think this formula results in a small number indeed.
Posted by Gordon Bonnet at 2:30 AM