Writing a blog like this one, the usual gist of which is that people believe bizarre things, means that I get the oddest emails sometimes.

Like yesterday, when I got a one-line email, to wit:


Once worn, the scrotum of the necropants would never empty of coins so long as the original coin remains.

That was it.  No explanation.  So I responded, understandably:

And in short order received the response:

So I was mystified.  Was this some kind of code?  If I responded, "The doberman barks at midnight," would I be allowed into the Sanctum Sanctorum of some secret society?  Or was the person who sent the email simply loony?  I finally decided on the direct approach, and responded:


Yes, I did, and am no closer to having the slightest idea of what you are talking about.

At this point, the emailer decided to stop playing coy, and sent me a link to a page of the website The Cult of Weird called "Macabre Icelandic Traditions: Necropants."  On the website we are told that "necropants" are a bizarre, and probably illegal, way to make money through black magic:


The Strandagaldur Museum of Icelandic Sorcery & Witchcraft in Holmavik tells the story of seventeen people burned at the stake in the 17th century for occult practices. The museum’s claim to fame is an exhibit showcasing the macabre legend of Necropants, or nábrók...

According to legend, necropants could produce an endless flow of coins if done correctly.

To begin with, one would need to get permission from a living man to use his skin upon his death. After burial, the sorcerer would then have to dig up the body and skin it in one piece from the waist down. A coin stolen from a poor widow must then be placed in the scrotum, along with a magic sign called nábrókarstafur scrawled on paper.

Once worn, the scrotum of the necropants would never empty of coins so long as the original coin remains.

The website has a photograph of some (presumably real) necropants, or at least a fairly convincing facsimile thereof, which I would have posted here except for the fact that it looks basically like the lower half of a naked guy and I don't want to offend anyone.  So if you want to see it for some reason (and I may need several months of therapy after having looked at it myself), you can just go to the original website and take a look.

Of course, what this makes me wonder is two things: (1) how did anyone ever come up with this idea?  (2) And once they tried it, and it didn't work, how on earth did the tradition continue?  You'd think that once you'd gone to all of that trouble, and no gold coins dropped from the dead guy's naughty bits, you'd sort of go, "Well, there's another great idea that didn't work.  What a bunch of goobers we are," and go back to herding sheep, or whatever the hell they did for a living in 17th century Iceland.

But no.  Apparently enough people thought that this was a good idea that it somehow became a common practice, or at least sufficiently widespread to merit a bunch of people getting burned at the stake, and later, a display in a museum.  The whole thing leaves me a little flabbergasted, frankly. 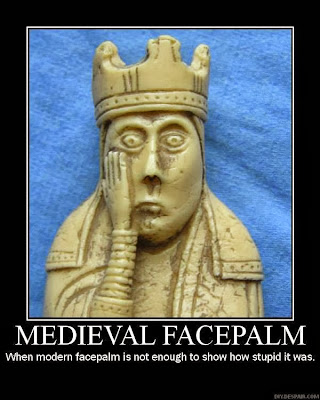 But the person who originally emailed me actually had an interesting point (other than grossing me out completely) -- which was that a lot of these magic spells and so on have similar characteristics to the claims people now circulate on the internet.  "But before we had the internet you had to come up with something that people would actually repeat, for it to get around," he said, with regard to the Naked Dead Guy Money Pants.  "So it had to be something either too vague in its effects to be sure whether it was working, or too much trouble for people to actually do, as in this case."

Which explains it, I guess.  Me, I'm still a little perplexed at how someone could come up with the idea in the first place.  But when you think about it, it's not really that much weirder than (for example) Scientology.

Maybe back in 17th century Iceland, some guy made a bet with another guy in a bar that he could convince people that they could make money skinning corpses.  It's as good an explanation as any, and hey -- it worked for L. Ron Hubbard.
Posted by Gordon Bonnet at 1:54 AM