Peter Gariaev, wave genetics, and the problem of being a dilettante

There's an inherent problem with skepticism, and the heart of it is that you can't be an expert in everything.

There are, in fact, damn few things that I do consider myself an expert in.  Judging by my ability to read technical, peer-reviewed papers, I can handle myself decently in the fields of evolutionary biology and population genetics (which I focused on in college, and which I teach every year) and historical linguistics (the subject of my master's degree).  Outside of that... well, I'm a dilettante.  So despite my B.S. in physics, research papers in Science on just about any topic in physics lose me after the first two sentences.  Even in biology -- a subject I've taught with (I think) at least some degree of competence for 27 years -- I am instantaneously lost in the details in scholarly papers on a variety of topics, including (but not limited to) cellular biology, physiology, ecosystem dynamics, and most of biochemistry.

Now, let me say up front that there's nothing inherently wrong about being a dilettante.  Dilettantes make good high school teachers, and my opinion is that it's more fun to be a generalist than a specialist.  Dilettantism was positively celebrated in the 18th and 19th centuries, when it was the sport of gentlemen (and more than a few gentlewomen) -- some of whom have some significant and far-reaching research to their credit.

But being a generalist does bring with it a problem, and that is that it leaves you unqualified to weigh in on topics where specialized knowledge would be required to know if the person in question was even making sense.  And the specialists aren't much better off -- because even they are out of their element in all but their chosen field.

So how, as skeptics, do we make a decision about whether someone is a groundbreaking pioneer or a spouter of bullshit -- when the field in which they are making their pronouncements is less than familiar to you?

I ran into an especially good example of this a couple of days ago, when a friend asked me what I thought about Dr. Peter Gariaev.  I hadn't heard of Dr. Gariaev's research, so I did a little digging.  And what I found left me with the same impression my friend had -- his comment was that it "sounded like a bunch of woo."

But let's face it, relativity sounded like a "bunch of woo" when it was first proposed.  So did quantum mechanics.  So, honestly, did the germ theory of disease.  None of these ideas were particularly intuitive; none gained instant acceptance; all three seemed, for a while, to be blatant nonsense.  So let's look at some of Gariaev's writing, and see if he's an Einstein or a Schrödinger -- or a David Icke or a Richard C. Hoagland.

Here are a few paragraphs from Gariaev's own website about his theory, called "Wave Genetics:"


The quintessence of the wave genome theory may be represented as following: genome of the highest organisms is considered to be a bio-computer which forms the space-time grid framework of a bio-systems.

In that bio-system, as the carriers of a field epi-gene-matrix - wave fronts are being used, which are assigned by gene-holograms and so-called solitons on DNA – distinct type of acoustic and electromagnetic fields, produced by biogenetic apparatus of the organism/bio-system under consideration and being a medium of strategic regulatory data/information exchange between cells, tissues and organs of the bio-system.

It is also vital to note that the holographic grids/frameworks, which are also the elements of fluctuating structures of solitons, are, in fact, discrete simplest cases of code-originated information, anchored in chromosome continuum of an organism...


A group of scientists headed by P P Gariaev and M U Maslov, developed a theory of so called fractal representation of natural (human) and genetical languages. Within the confines of this theory it is said that the quasi-speech of DNA possesses potentially inexhaustible “supply of words” and, moreover, what had been a sentence on the scales of DNA–“texts” “phrases” or a “sentence” becomes/turns into a word or a letter on the other scale. Genetical apparatus can be viewed as the triunity of its structure-functional organization consisting of holographic, soliton and fractal structures.

This theory allows a refined quantitative comparison of symbolic structure of any texts including genetical. Thereby a possibility has been wide open to approach a deciphering of a lexicon of one’s own gene-code, and accordingly, more accurate composition of algorithms of addressing a genome of a human with an aim of potentially any type of programming of one’s vital activity such as treatment, increasing one’s life expectancy and so on and so forth.

Empirical tests of wave genetic theory in the light of “speech” characteristics of DNA demonstrate strategically correct stance and direction of the research.

Made it through all that?  There's lots more, but it all pretty much sounds like what you just read.  Lots of use of words like "holographic" and "fractal" and "soliton;" not much in the way of data.  As far as his qualifications, Gariaev himself apparently has a Ph.D., even though nowhere could I find any mention of where it's from.  To be fair, this may just be that his biographical details aren't widely known outside of his native Russia.  So given that, is there a way we can parse his research, despite not being molecular biologists ourselves?  (Well, maybe some of my readers are, but I'm not.)

When I run across something like this, the first thing I look for is to see where he's been published.  And when you look at his publications list, an interesting pattern emerges.  Back in the early 1990s, Gariaev was publishing in what seem to be reputable, peer-reviewed journals -- the Journal of the Society of Optical Engineering and Laser Physics, for example.  Even back then, though, you could see what appears to be a trend toward oddball interpretations of science, with his solo paper "DNA as source of new kind of God 'knowledge'" (published in the Act and Facts/Impact series, N12, pp. 7-11).  I'm just going off the title, here -- I wasn't able to find the paper itself -- but unless he was using the term "God knowledge" metaphorically, which doesn't seem very likely in a scholarly paper, I think this one already shows that he'd gone off the beam.

Since then, though, he's not had a single publication in a reputable peer-reviewed journal, with the exception of a 2002 paper in the International Journal of Computing Anticipatory Systems.  His other publications have appeared in places like the Journal of Non-Locality and Remote Mental Interactions (and lest you think that I'm being too harsh, here, a quick survey of other articles they'd published include one having to do with using "Qigong" to treat cancer, one trying to use quantum mechanics to explain telepathy, and one called "A Scientific Validation of Planetary Consciousness").

Other papers by Gariaev have appeared in DNA Decipher Journal -- which just this summer published a paper called "Quantum Intelligent Design in Contrast to Mindless Materialists' Evolution." 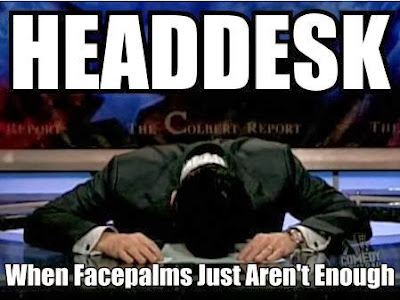 So, if Gariaev is the next Einstein, why no papers in Nature or Science?

Why, too, is he cited all over -- but only in places of highly dubious reputation, like Above Top Secret and Godlike Productions?

And don't start with me about how he is a Maverick and a Pioneer and the other scientists hate him and are suppressing his work because it is too revolutionary.  C'mon, now.  How many careers were made based on the ground broken by the likes of Einstein and Schrödinger?  Peter Higgs just won the Nobel Prize, for fuck's sake.

I may not be an expert in biophysics; but I do know that if Gariaev really had shown (as he has claimed) that "genetic traits can be changed, activated and disactivated by use of resonant waves, beamed at the DNA" and that this was going to allow humans "to regrow vital internal organs, in vivo, without the requirement of difficult, dangerous and expensive surgical procedures," then he'd be elbowing Higgs out of the way to get to Stockholm.

So we can, as generalists (or as specialists outside our particular specialty) still use the principles of skepticism to come to some sort of judgment about what we read.  Fortunate for me; a dilettante I always have been, and (I'm afraid) a dilettante I always will be.  If it weren't possible for us to think through such situations, we'd fall prey to just about every crazy claim that came along.