A clever, although questionably ethical, marketing technique is to create a problem in people's minds, and then sell them a solution to the (nonexistent) problem.

I first saw this happen with the invention of "cellulite" in the 1970s.  Cellulite, supposedly, was some kind of special, hard-to-get-rid-of fat, predominantly on the upper legs of women, where it manifests as dimples and bumps.  Almost instantaneously that it was named (and identified as "difficult to treat"), various diets, exercises, and supplements appeared that were specifically intended to "flush cellulite from the body."

Sad to say, but cellulite is just plain old fat.  No different than fat anywhere in the body.  It only appears different on the upper legs because of the presence of fibrous connective tissue there.  And you can't get rid of it except the same way you'd get rid of any fat, i.e., to eat less and exercise more -- and because of skin wrinkling with age, older people probably won't ever be able to rid themselves of it entirely.

A similar kind of thing is going on today, in a completely different area -- this one with regards to the safety of WiFi networks. 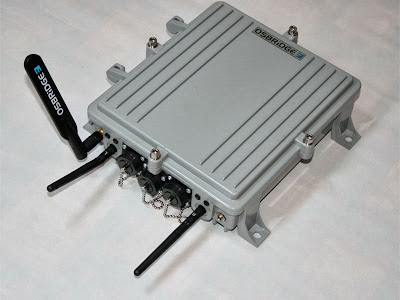 Somewhere along the line, someone got the idea that the radiation emitted by WiFi networks was dangerous, leading to sites like the EMF Safety Network, which acts as a clearinghouse for all sorts of links on the subject.  On the "Welcome" page, we're given a taste of how seriously they take all of this with a quote from Dr. Robert O. Becker, who was "twice nominated for the Nobel Prize:"


I have no doubt in my mind that at the present time, the greatest polluting element in the earth’s environment is the proliferation of electromagnetic fields. I consider that to be far greater on a global scale than warming, and the increase in chemical elements in the environment.

Well, that's just terrifying, but allow me to point out that (1) anyone can be nominated for a Nobel Prize, (2) Becker's work with the role of electricity in disease and healing has been found to be unsupported, and (3) he thought that telepathy was real and caused by "low-frequency electromagnetic waves."

Be that as it may, there is now all sorts of scare-literature out there about how we should protect our children from the dangers of WiFi.  The general consensus by scientists, of course, is that this is nonsense -- the radiation from WiFi networks is non-ionizing (i.e., sufficiently low in energy that it cannot break chemical bonds) and of very low intensity.  A public statement by Princeton University identifies the dangers of WiFi as what they are (minimal):


(A) newly published paper entitled “Radiofrequency Exposure from Wireless LANS Utilizing Wi-Fi Technology” discusses a study in which measurements were conducted at 55 sites in four countries, and measurements were conducted under conditions that would result in the higher end of exposures from such systems. An excerpt from the abstract states “.…In all cases, the measured Wi-Fi signal levels were very far below international exposure limits (IEEE C95.1-2005 and ICNIRP) and in nearly all cases far below other RF signals in the same environments.”

Dr. Steven Novella, in SkepticBlog, also addresses the claims of certain individuals who believe they are "electromagnetic hypersensitives:"


What about electromagnetic hypersensitivity – the reporting of common non-specific symptoms, such as headache, fatigue, dizziness, and confusion, while being exposed to EMF? Well, the same review also summarizes this research, which finds that under blinded conditions there is no such hypersensitivity syndrome. Even with people who consistently report symptoms with exposure to EMF, in blinded conditions they cannot reliably tell if they are being exposed to EMF.

This hasn't stopped the claims from flying, and dozens of cases of parents petitioning school boards to have WiFi networks removed from schools to "protect the children" -- in some cases, successfully.  Novella concludes,


What we have here are the seeds of yet another grassroots movement that is disconnected from science and hostile to authority. This is a scenario we have seen played out many times before, and no doubt we will see it many times again.

And, of course, wherever you have panic over risk, you'll have some shrewd marketer who decides to capitalize upon the fear.

Take, for example, EarthCalm, which purports to shield you from the dangers of the nasty WiFi waves.  Here's their sales pitch:


Concerned about WiFi radiation dangers?  You have reason to be.

WiFi uses hazardous radiation to send its signals through walls.  If you have WiFi, you are receiving massive amounts of radiation that may be causing you and your family health problems.

WiFi Health Risks:
Research on WiFi Radiation Dangers:
There's a great deal of research that's been done on the non-thermal kind of radiation that WiFi emits.

One comprehensive report is the Bioinitiative Report.  Written by 29 scientists, researchers, and health policy professionals from 10 different countries, this report documents clear evidence that numerous health issues, including DNA breakage and risk of cancer, are created by exposure to radiation from cell phones, cell towers, power lines, and WiFi.

They must define "massive amounts" differently than I do, given that the Princeton study (cited above) found that the levels of low-frequency radiation given off by WiFi networks was so small as to be nearly indistinguishable from the background noise.

However, don't let little things like "facts" stand in the way of your sales pitch.  Because the EarthCalm people aren't just saying to give in; no, they're saying that they want you to purchase a "shield" -- the "EarthCalm WiFi Pak" -- that "eliminates WiFi health risks by transforming the hazardous cloud of radiation into a calming field of protection throughout your home."

Wouldn't surprise me if there was a significant overlap between those four groups, actually, because the conclusions they've reached come from the same source -- fear, distrust, and a poor understanding of the science.

Now, don't misunderstand me; I know there have been times that people have thought something was safe, sometimes for decades, and then it turns out not to be.  It's just that I don't think this is one of those cases.  The science, here, is well understood; the whole thing has been tested to a fare-thee-well; and the claims of the people who disagree virtually entirely rest on anecdote and poorly-controlled "studies" that wouldn't pass peer review even if there were hefty bribes involved.

So, in my mind, it's case closed.  But I'm sure that doesn't mean the controversy will go away, nor the clever salespeople trying to capitalize on it.  Because one thing hasn't changed since P. T. Barnum's time; there's still a sucker born every minute.
Posted by Gordon Bonnet at 2:39 AM