Here at Worldwide Wacko Watch, we're keeping our eyes on two stories that will be of interest to cryptozoology buffs.

First, from Chicxulub Puerto, in the state of Yucatán, Mexico, there are reports of an "unknown big, black, ugly, and winged creature" that is terrorizing innocent citizens.

The Yucatán Times reports that a gas station worker named Alejandra was attacked last week, but that she's not the only one.  The same creature has been seen in the middle of the town, and Alejandra's coworker Julio has reported that he's heard strange whistling noises coming from the lagoon.

"All this information combined with the fact that many domestic animals have been found dead and dismembered lately in Chicxulub and surrounding areas, are generating the rumor that the 'Chupacabras' might be on the loose in this part of the State of Yucatán," said the writer for the Times.

Admit it.  You knew it'd be Chupacabras.

This one doesn't have wings.  Maybe it's a different species of Chupacabra.

So it seems like once again we're confronted with a mystery beast who has been seen only by a couple of people, plus reports of noises that could have any number of explanations, plus some animal deaths that could be from a variety of causes.  Myself, I don't think this amounts to much, but then, I have to admit that it takes a lot to convince me.

Apparently, it was also a considerable task to convince a Washington County, Oregon man that he wasn't a Sasquatch.

KOMO News reports that 58-year-old Jeff McDonald, of Banks, Oregon, was out hunting last Thursday, when he was accosted by a naked man who proceeded to hit McDonald with a rock.

When McDonald, predictably, objected to this, the man, who has been identified as 20-year-old Linus Norgren, also of Banks, started yelling that he was the last of a long line of Sasquatches. 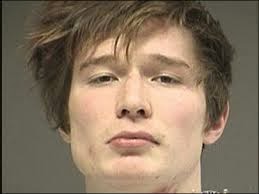 So anyway, McDonald fought off the rampaging non-Bigfoot bravely, despite the fact that Norgren continued to pelt rocks at him, and at one point, tried to strangle McDonald with a piece of clothing.  McDonald eventually triumphed, although he suffered broken fingers, bruises, and an eye injury (happily, he's expected to make a full recovery).  Once Norgren was subdued, McDonald held him at bay with his hunting rifle and blew a whistle until deputies arrived.

Norgren is now being held on charges of strangulation, assault, and menacing, with the bail set at $250,000.  Apparently the sheriff's office has looked into his antecedents, and found that he's not a Sasquatch at all, but the son of a "well-known mushroom picker."

So that clears that up, and perhaps explains Norgren's bizarre behavior.

And that's our news from the cryptozoological world,  unless you count the fact that Melba Ketchum is still at it, trying to convince the world that her Sasquatch Genome Project is producing valid science.  Her latest attempt garnered her an interview on that stalwart bastion of support for scientific research...

I'm not making this up.  You should check it out.  Fox News takes every opportunity to claim that intelligent design is real and climate change is false, and then interviews a Sasquatch researcher whose results have been discredited at every turn.

Which, now that I think of it, makes some sense, doesn't it?
Posted by Gordon Bonnet at 3:20 AM