In the last few days we have a new story circulating in the media, and this has led to considerable buzz on Facebook and Twitter.  Comments I've seen have included, "Yuk," "This is horrible," "Terrifying!," and "The government better do something about this, soon!"

Not once have I seen anyone post my immediate reaction, which was, "Okay, really?"

The story has appeared on various woo-woo websites, but has also made it onto Fox News and The Independent.  Here are excerpts from the version that appeared on Stranger Dimensions, entitled, "Is a Russian Ship Filled With Diseased Cannibal Rats Heading Toward the UK?"


Experts believe a derelict cruise ship that’s been missing for a year may be en route to the U.K. The problem? It’s filled with disease-ridden cannibal rats.

Built in Yugoslavia in 1976, the Lyubov Orlova was a cruise liner that had for many years transported passengers to destinations around the world. Unfortunately, in 2010, the ship was impounded in Newfoundland, Canada and deserted by her crew. Two years later, while being towed to the Dominican Republic to be scrapped, a heavy storm caused the tow-line to break, sending the Lyubov Orlova out to aimlessly wander the North Atlantic Ocean...

Now, a year later, new concerns are being raised that the ship is heading for the U.K.

It’s completely empty, save for the potentially hundreds of diseased rats aboard the ship that have most likely been forced to eat one another to survive.

Diseased cannibal rats!  By the millions!  Waiting for their chance to get onto land, and rush around swarming over and eating innocent British citizens, like a scene from the movie Willard! 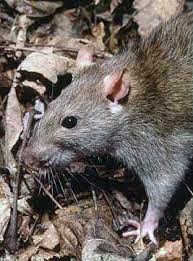 But then we hear what data these "experts" are currently going on:


Over the following months, the Lyubov Orlova was spotted at various locations in the North Atlantic. In one instance last year, satellites found an object near Scotland that may have been the ship, but subsequent searches in the area found nothing...

Discerning readers may point out that the ship’s emergency position-indicating radio beacon had activated off the Kerry coast on March 1, 2013 after presumably being submerged in water, implying that the ship had, indeed, sunk. However, authorities say some of the life-boat emergency signals have yet to activate, and the ship may still be out there, diseased cannibal rats and all.

The ship’s current position is unknown, but due to recent high winds, experts fear the ghost ship may be on a crash course for the British coastline. If they’re right, the Lyubov Orlova is likely to wind up on the west coast of Ireland, Scotland, or southern England. What happens if/when it gets there? I don’t know, but…diseased rats. Can’t be good.

That's right; there was a beacon signal detected in March of 2013, and it was "maybe" spotted by a satellite later that year -- and no one has had a glimpse of it since then.  The ship's current position is unknown.

Remember a couple of days ago, our discussion of what the word "unknown" means?

But then what went through my mind was: even considering that the ship may be out there, how do they know about the rats?  Were they detected on the satellite, baring their decay-ridden fangs defiantly at the sky?  Okay, presupposing that any ship is gonna have rats, still... how would anyone know that they're diseased cannibal rats?  When the beacon went off, did the people who picked it up hear, in the background, the sound of hoarse, coughing squeaks, as if a diseased rat were being savagely dismembered and eaten by its pack mates?

I know that the whole thing was written for no other reason than to get people stirred up, but what bugs me is that hardly anyone seems to be questioning how the writer of the article knows all of this stuff.

Even the Wikipedia article on the Lyubov Orlova has been contaminated by this silliness; the last paragraph of the article is, "Certain independent researchers and amateur salvage hunters have also stated that a population of rats are on board the vessel, and that in the absence of edible food, the rat population have turned cannibalistic.  The opportunity to study the cannibalistic rats has been welcomed by researchers."  (Although I will say that at least someone appended "citation needed" after this paragraph.)

Well, I think we can do better than this, can't we?  Let's see... back in 1950, a ship called the Phoenix went missing off the coast of Australia.  It was last seen near Darwin, but no word of it was heard from thereafter.  But it could still be out there.  Carrying a load of... cannibalistic kangaroos and feral wombats.  Experts can't be certain that this is wrong.  And maybe by now, it's drifted across the Pacific, and is on a collision course with San Francisco.  What would happen if it ran aground near the Embarcadero, depositing its cargo of hopping, waddling death into the waterfront cafés and shops filled with unsuspecting tourists?