Some of my readers may remember that last year, Iranian news agencies announced that they had invented a spaceship that ran on "regular matter, dark matter, and antimatter."  The whole thing came as a bit of a shock to scientists in other parts of the world, given that astrophysicists have been trying for several years even to detect dark matter, and suddenly here's this guy saying he has a whole ship full of the stuff.

A few months later, we had the story of another amazing Iranian invention -- a machine which, at a touch, could correctly identify your age, gender, occupation, number of children, and education.  The English translation of the story, originally in Farsi, called it a "time machine," but that seems to have been a mistake -- not that the actual claim had any better grounding in reality.

So when I saw yesterday that there was a new story from Fars, the semi-official Iranian news agency, and it was making the rounds of conspiracy theory sites, I said (and I quote) "Uh-oh."  And sure enough, we have another winner.  This one beats dark-matter spaceships and psychic machines put together.  Are you ready?

Edward Snowden, of NSA-whistleblower fame, is in cahoots with evil aliens, who are secretly running the NSA and pretty much everything else in the US government.  Back in the 1930s and 1940s the aliens were behind the Nazis, but once the Nazis were defeated the aliens decided to infiltrate the allies, and more or less took over.  These days, Snowden himself is channeling a message from the aliens, which is designed to distract everyone from their real agenda, which is domination of the ENTIRE SOLAR SYSTEM.  *insert evil laugh here*

It does bring up a question, however; isn't just dominating the Earth enough?  There's no one much to dominate on, say, Mercury.  Mercury is so close to the Sun that if the aliens landed there, they would just have time to leap out and say, "Ha ha!  We are dominating Mercury!" before they burst into flame.  And Neptune, as another example, is also a place that would be rather pointless to try to dominate.  Neptune is largely made of extremely cold methane, making it essentially a giant frozen fart.

So as far as I'm concerned, the aliens can go ahead and dominate the majority of the Solar System.  It's pretty inhospitable out there.

Be that as it may, the Iranians seem mighty serious about this accusation.  There's only one problem with it -- and that is that Fars seems to have lifted the story, in toto, from a completely wacko conspiracy website called What Does It Mean?  The people in charge of this site believe, amongst many other things, that the key to enlightenment is carried by a group of esoteric mystics called the "Order of Sorcha Faal," which was founded in County Meath, Ireland in 588 B.C.E. by Tamar Tephi, the daughter of Zedekiah, the last king of Judah. 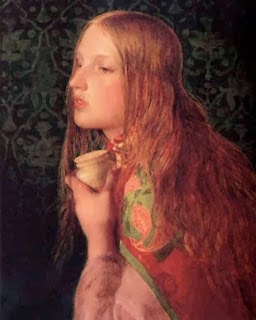 How she got from Palestine to Ireland is a bit of a mystery.

In any case, what we have here is a loony website about Irish Israelite princesses and psychic Nazi alien overlords, which the media over in Iran evidently took as literal fact.  And because the Iranians quoted it in their news, it's gotten into Huffington Post and various other US news sources, meaning that the entire thing has essentially gone viral by jumping halfway around the world.

You couldn't make this stuff up if you tried.

So anyway.  Watch out for that Snowden character, he's on the side of the aliens.  As far as the Iranians, it's hard to tell whose side exactly they're on, because when they're not busy blowing the cover of the aliens who are running the United States, they're building dark-matter spaceships and time machines and whatnot.  My general sense is that we here in the North America have nothing to lose by just sitting back and letting the aliens do what they like.  Maybe the "Order of the Sorcha Faal" will get involved, and we'll end up having the Irish run the world, which seems like it would be kind of cool.  I'll take the Irish over either the Nazis or the Iranians, on the basis of having great music and really awesome beer, not to mention being less generally inclined to commit large-scale genocide.
Posted by Gordon Bonnet at 2:37 AM