So, you know how I said yesterday that science has an advantage over woo-woo beliefs, because the woo-woos never seem to see when an idea is so phenomenally silly that it deserves to be rejected out of hand?  And that therefore, we should be listening to the scientists, not the woo-woos?

I take it back.

This near-instantaneous retraction has come about because of a paper published by Michigan Technological University astrophysicists Robert Nemiroff and Teresa Wilson entitled "Searching the Internet for Evidence of Time Travelers."  Nemiroff and Wilson note that time travel into the future is possible (in fact, that's kind of what we're doing right now); they also make the less obvious point that the rate at which you travel into the future can differ from another person's, because of the Special Theory of Relativity.  Time travel into the past is, they say, "more controversial," although there are some features of the General Theory of Relativity that may allow it. 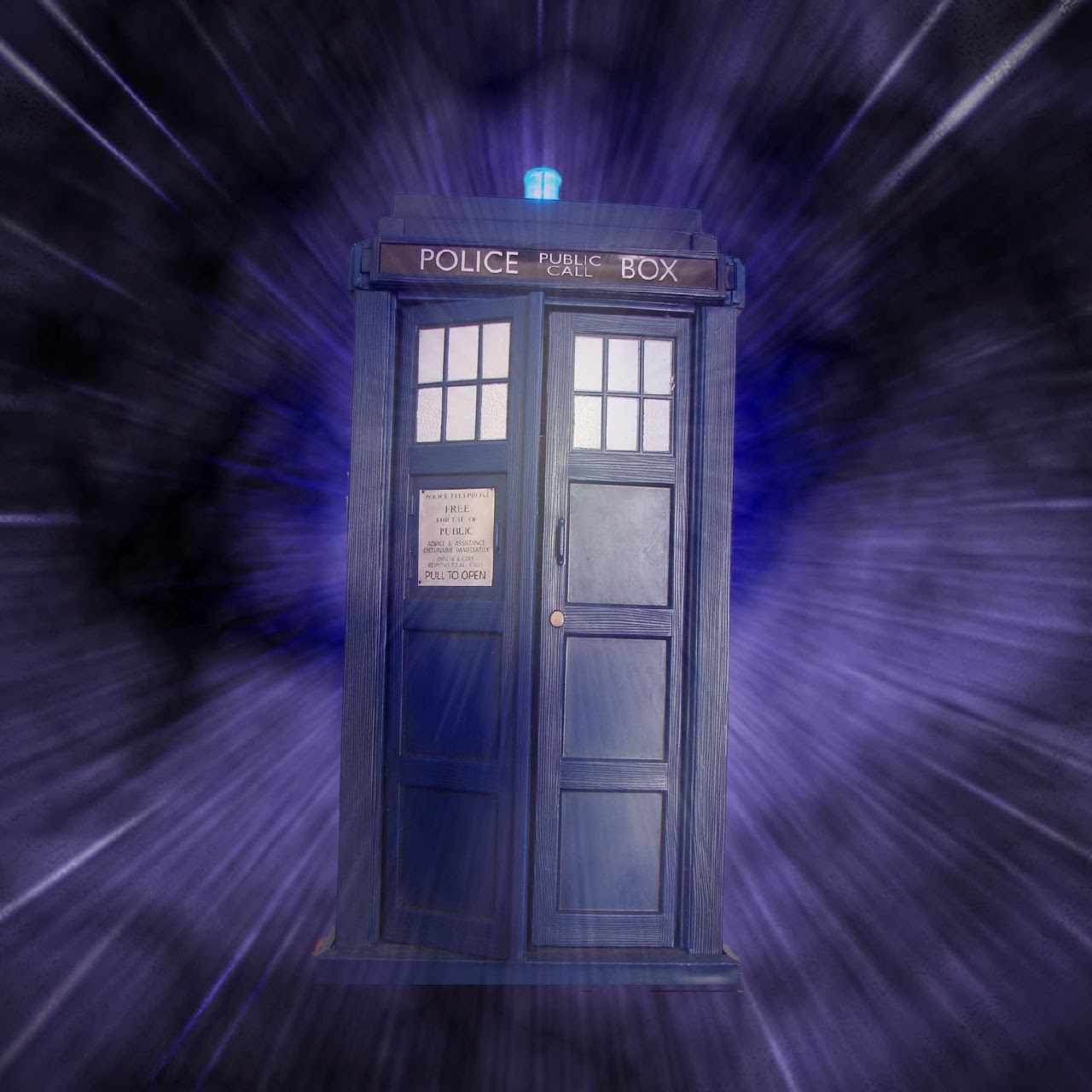 [Image from Dr. Who courtesy of the Wikimedia Commons]

It is, of course, the latter possibility that is of the most interest.  It's been riffed on in countless novels, short stories, and movies -- I even played around with the notion myself, in my novel Lock & Key.  Rips in the space-time continuum account for at least a hundred plots on Star Trek alone.

But as a reality?  I'm kind of doubtful.  And so far, I've got nothing against what Nemiroff and Wilson have written.  But wait till you hear how they tried to detect time travelers:


Time travel has captured the public imagination for much of the past century, but little has been done to actually search for time travelers. Here, three implementations of Internet searches for time travelers are described, all seeking a prescient mention of information not previously available. The first search covered prescient content placed on the Internet, highlighted by a comprehensive search for specific terms in tweets on Twitter. The second search examined prescient inquiries submitted to a search engine, highlighted by a comprehensive search for specific search terms submitted to a popular astronomy web site. The third search involved a request for a direct Internet communication, either by email or tweet, pre-dating to the time of the inquiry.

Yup.  They were trying to find some place that a time traveler slipped up, and tweeted something last August like "On January 7, 2014, people in the northern part of the USA should plan on dressing warmly.  #fuckingcold"

Specifically, they looked for mentions of Pope Francis prior to his election, and Comet ISON prior to its discovery.  Not surprisingly, Nemiroff and Wilson stated in the conclusion of their paper, "No time travelers were discovered."

My question is how, if these people from the future are smart enough to come back here, they would also simultaneously be dumb enough to get onto Twitter and post something that gave away the game.  I'd think they'd be pretty careful about that, wouldn't  you?  Not only would it reveal their identities as time travelers, it could also potentially change what for them is the past, and you know that would create some sort of temporal paradox that would monumentally screw up everything, and we don't even have Geordi LaForge around to fix things.

Nemiroff was interviewed by Raw Story about his research, and the interviewer actually asked him why he thought that a time traveler would use Twitter at all.  "Twitter is an echo of what’s going on in society," he replied, "so I’d ask you, 'Why do you think a traveler wouldn’t use Twitter?'  Besides, it wouldn’t have to be the traveler himself who used Twitter.  Someone could have overheard him say something prescient, and put that on Twitter in a way that would be magnified through conversation."

He then went on to relate the old joke about the guy who was searching for his lost car keys under a streetlight, and a cop comes along to help him.  After a fruitless search, the cop asks, "Are you sure you lost your car keys here?"  And the guy says, "No, I lost them over there."  The cop says, in some annoyance, "Then why are you looking for them here?"  And the guy says, "Because there's better light over here."

Nemiroff says that his search on Twitter is like the guy searching under the streetlight; "You have to go where the information is."  To which I respond: I don't think you understood the joke.  The whole reason that it's funny is because the keys weren't there.  Also, very possibly, because the guy looking for the car keys was a wingnut.  This is definitely not the kind of joke that you would use in support of what you're doing.

Nemiroff, though, isn't discouraged.  "We didn’t prove that time travelers aren’t here," he said, "only that we couldn’t find them."

Now, don't get me wrong, I have nothing with a couple of scientists having a little lighthearted fun, once in a while.  But Nemiroff and Wilson might want to prepare themselves for a nomination for the 2014 IgNobel Prizes, awarded to the strangest, silliest research published each year.

So despite Nemiroff's and Wilson's best efforts, they ended up like Monty Python's "Camel Spotters;" they spotted nearly one time traveler.  Just about what I'd expect, given their experimental protocol.  So I should wrap up this post and go and get another cup of coffee, especially considering that because of the Great February 2014 Coffee Bean Shortage, I'll soon be...

Oops.
Posted by Gordon Bonnet at 5:10 AM