I've always wanted to spend a night in an (allegedly) haunted house.

Not alone, preferably.  It'd be nice to have someone's sleeve to clutch whenever a branch creaks against the roof.  But still.  There's nothing like direct experience.  Even though I tend to cast a wry eye at eyewitness testimony, the human memory and perceptual apparatus being what they are, having a personal encounter with the spirit of a dead guy would go a long way toward convincing me that this stuff is real.

Apparently, I'm not alone.  Not only do we have the whole ghost-hunting industry (and the television shows it's spawned), we now have people who seem to consider a resident ghost to be a selling point in real estate deals.

Just in the last week, I've seen four advertisements for houses in which hauntings were mentioned -- and none of them seemed to be the sort of mandatory disclosure statement you'd make about, for example, leaky plumbing.  All of them had the air of a brag -- "You definitely want to buy our house.  It comes with a pre-installed ghost."

First, in the UK, we have Sawston Hall, a grand Tudor manor house in Cambridgeshire.  It comes with a hundred-foot-long "great hall," a moat, an arboretum... and a disembodied spirit of a dead queen. 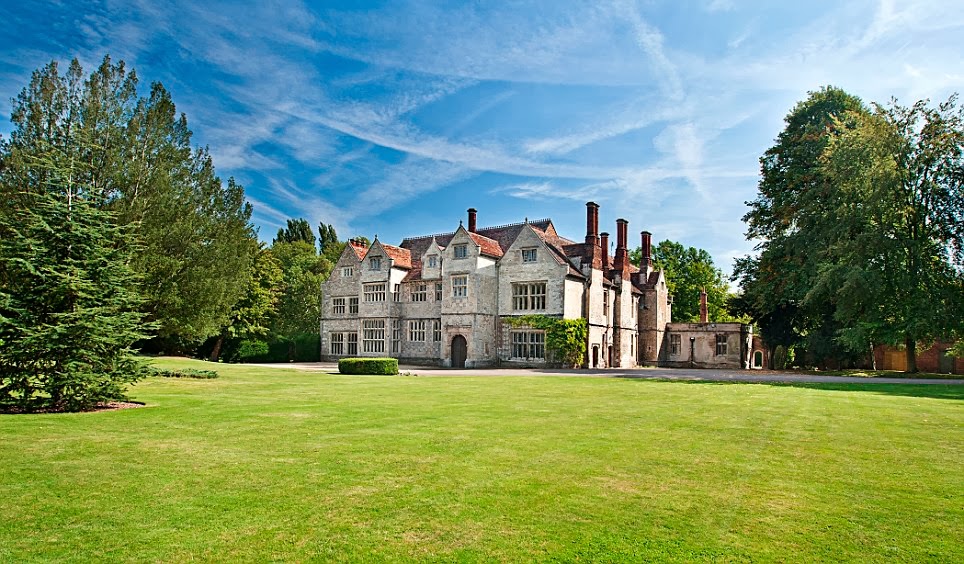 The house was a favorite hideout of Queen Mary I, better known to history as "Bloody Mary" Tudor -- and it's said that she still haunts the place.  Stephen and Claire Coates, the current owners, say they've never seen her.  Still, having a royal ghost is quite a selling point, and they'd like a cool £4.75 million for the place.

If you'd like the UK but are looking for something a little more... "atmospheric"... then consider Dornoch Castle, which is a bargain at less than half of what Sawston Hall is going for -- only £2.25 million. 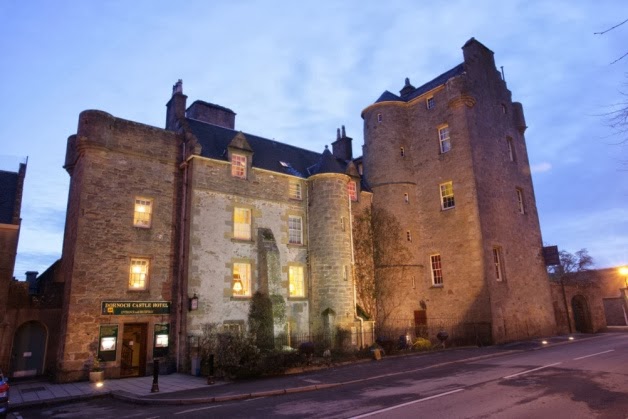 Consider the selling points -- an already-outfitted restaurant that seats ninety, a bar with an open fireplace, proximity to prominent whisky distilleries and golf courses, and a dead Sutherland sheep rustler.

The ghost at Dornoch is apparently one Andrew McCornish, who was hanged there in the 19th century for stealing livestock.  Which opens up an interesting question; why would ghosts linger around the place they were executed?  If I were hanged, and found myself a ghost, I would get the hell out of there.  Bad memories, you know?  But to each his own, I suppose, and I'm sure that Dornoch is charming in many other respects.

If that's still too rich for your tastes, or if you'd like something a little more subtropical, there's this lovely historic home in Punta Gorda, Florida, on the market for $1,590,000: 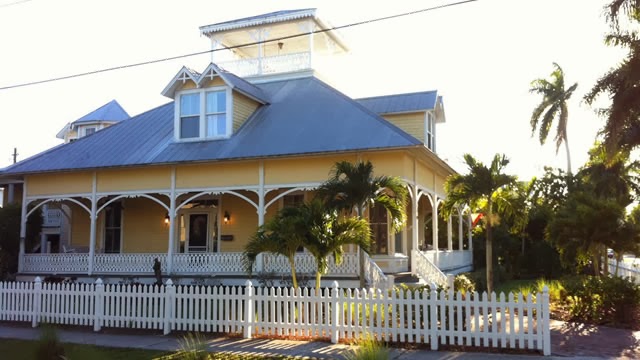 Vander and Natalie Wynn have this house for sale, and proudly include a 14-year-old dead girl as one of the house's selling points.

"It's a great view so it's a great place to be. And if you have a perpetual 14-year-old teenage girl playing tricks on you, kinda fun," said Wynn.  "I hear my wife walk down the stairs, and I call out her name and she says yes from a different part of the house.  There's some weird things like that you really can't explain."

"She's really not scary, she just makes noise.  Sometimes I've told her you need to be quiet," his wife, Natalie, added.

Apparently the ghost belongs to a girl who died in an unfortunate accident involving kerosene and a match back in the early 20th century, once again raising the "painful memories" question.  But you can't argue with the location.  Given that we're currently in the dead of winter in upstate New York, I'd happily move to Punta Gorda even if I had to content with a perpetual noisy adolescent.

Last, we have this lovely 19th century house in Dunmore, Pennsylvania, which is a steal at only $144,000, probably because its owners say it is only "slightly haunted:" 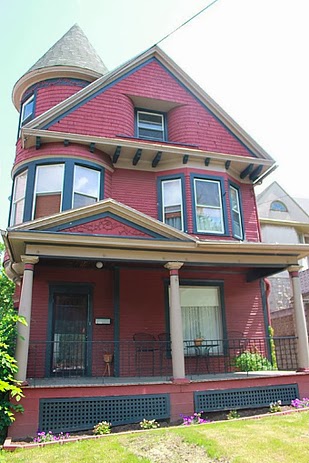 It does, however, make me wonder how a place can be "slightly haunted."  Either it has a ghost, or it doesn't, right?  "Slightly haunted" is like "a little bit pregnant."  And from the description, it's sounds like it's more "pretty freakin' haunted," if the owners are being straight with us:


Slightly haunted.  Nothing serious, though, e.g. the sound of phantom footsteps.  A strange knocking sound followed by a very quiet (hardly noticeable, even) scream at 3:13 AM, maybe once a week.  Twice a week, tops.  And the occasional ghastly visage lurking behind you in the bathroom mirror.  Even still, this occurs very rarely and only in the second-floor bathroom.

It also has a "study/library that has a secret door behind a moving bookcase leading into a small office," and a "large unfinished crawlspace behind a concealed door hidden in a bedroom closet."  All of which sounds like horror movie material, to me.

Anyhow, if you're in the market for some unreal estate, there you have it.  And I'm sure that's just scratching the surface.  A Google search for "haunted house for sale" got over 100,000 hits, so there has to be one in your area.  Make sure to find out the particulars about the ghost before you put in a purchase offer.  Caveat emptor, you know.
Posted by Gordon Bonnet at 1:26 AM