About three years ago, I wrote a post on the problem with scientific jargon.  The gist of my argument was that while specialist vocabulary is critical in the sciences, its purpose should be to enhance clarity of speech and writing, and if it does not accomplish that, it is pointless.  Much of woo-wooism, in fact, comes about because of mushy definitions of words like "energy" and "field" and "frequency;" the best scientific communication uses language precisely, leaving little room for ambiguity and misunderstanding.

That doesn't mean that learning scientific language isn't difficult, of course.  I've made the point more than once that the woo-woo misuse of terminology springs from basic intellectual laziness.  The problem is, though, that because the language itself requires hard work to learn, the use of scientific vocabulary and academic syntax can cross the line from being precise and clear into deliberate obscurantism, a Freemason-like Guarding of the Secret Rituals.  There is a significant incentive, it seems, to use scientific jargon as obfuscation, to prevent the uninitiated from understanding what is going on. 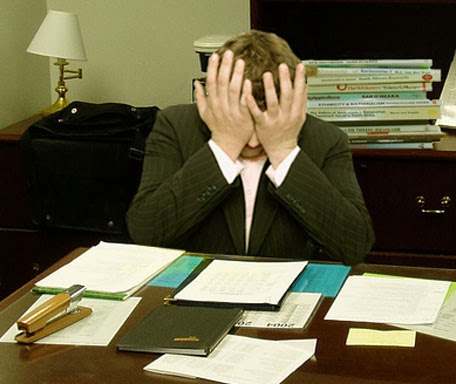 The scientific world just got a demonstration of that unfortunate tendency with the announcement yesterday that 120 academic papers have been withdrawn by publishers, after computer scientist Cyril Labbé of Joseph Fourier University (Grenoble, France) demonstrated that they hadn't, in fact, been written by the people listed on the author line...

... they were, in fact, computer-generated gibberish.

Labbé developed software that was specifically written to detect papers produced by SciGen, a random academic paper generator produced by some waggish types at MIT.  The creators of SciGen set out to prove that meaningless jargon strings would still make it into publication -- and succeeded beyond their wildest dreams.  “I wasn’t aware of the scale of the problem, but I knew it definitely happens.  We do get occasional emails from good citizens letting us know where SciGen papers show up,” says Jeremy Stribling, who co-wrote SciGen when he was at MIT.

The result has left a lot of folks in the academic world red-faced.  Monika Stickel, director of corporate communications at IEEE, a major publisher of academic papers, said that the publisher "took immediate action to remove the papers" and has "refined our processes to prevent papers not meeting our standards from being published in the future."

More troubling, of course, is how they got past the publishers in the first place, because I think this goes deeper than substandard (worthless, actually) papers slipping by careless readers.  Myself, I have to wonder if anyone can actually read some of the technical papers that are currently out there, and understand them well enough to determine if they make sense or not.  Now, up front I have to say that despite my scientific background, I am a generalist through and through (some would say "dilettante," to which I say: guilty as charged, your honor).  I can usually read papers on population genetics and cladistics with a decent level of understanding; but even papers in the seemingly-related field of molecular genetics zoom past me so fast they barely ruffle my hair.

Are we approaching an era when scientists are becoming so specialized, and so sunk in jargon, that their likelihood of reaching anyone who is not a specialist in exactly the same field is nearly zero?

It would be sad if this were so, but I fear that it is.  Take a look, for example, at the following little quiz I've put together for your enjoyment.  Below are eight quotes, of which some are from legitimate academic journals, and some were generated using SciGen.  See if you can determine which are which.
Ready for the answers?

How'd you do?  If you're like most of us, I suspect that telling them apart was guesswork at best.

Now, to reiterate; it's not that I'm saying that scientific terminology per se is detrimental to understanding.  As I say to my students, having a uniform, standard, and precise vocabulary is critical.  Put a different way, we all have to speak the same language.  But this doesn't excuse murky writing and convoluted syntax, which often seem to me to be there as much to keep non-scientists from figuring out what the hell the author is trying to say as it is to provide rigor.

And the Labbé study illustrates pretty clearly that it is not just a stumbling block for relative laypeople like myself.  That 120 computer-generated SciGen papers slipped past the eyes of the scientists themselves points to a more pervasive, and troubling, problem.

Maybe it's time to revisit the topic of academic writing, from the standpoint of seeing that it accomplishes what it originally was intended to accomplish; informing, teaching, enhancing knowledge and understanding.  Not, as it seems to have become these days, simply being a means of creating a coded message that is so well encrypted that sometimes not even the members of the Inner Circle can elucidate its meaning.
Posted by Gordon Bonnet at 2:11 AM