One of the things I find amusing about people who argue over the meaning of passages in the bible is that so few of them seem to recognize that they're working from a translation.

A few -- very few, in my experience -- people are true biblical scholars, and have worked with the Aramaic and Greek originals (and I use that word with some hesitation, as even those were copies of earlier documents, copied and perhaps translated themselves with uncertain accuracy).  Most everyone else acts as if their favorite English translation is the literal word of god, as if Jesus Christ himself spoke pure, unadulterated 'Murican.

It does give rise to some funny situations.  We have the argument over whether the forbidden fruit that Eve gave Adam was an apple, a fig, or a pomegranate.  We have the claim (Micah 5:2) that the Messiah would be descended from David, and both Matthew and Luke go to great lengths to show that Joseph was a descendant of David (although they disagree on his descent, so they can't both be right) -- and Jesus wasn't Joseph's son in any case.  We have one person who has argued that the creation story was translated wrong, and that god didn't create life, he "separated" humans from everything else, presumably by giving them souls.

We even have some folks who claim -- tongue-in-cheek, of course -- that the line from Leviticus 20 about "if a man lies with another man, they should both be stoned" as biblical support for gay marriage and marijuana legalization simultaneously.

All of which strikes me as funny, because no matter how you slice it, you're still arguing over the meaning of an uncertainly-translated text that has been recopied with uncertain precision an uncertain number of times, and reflects the beliefs of a bunch of Bronze Age sheepherders in any case.  Notwithstanding, you still have people arguing like hell that their translation is the correct, god-approved one, and all of the others are wrong.

And then you have this guy, who takes things a step further, declaring that the translation of one word is correct, and that means that... pretty much everything else we know about the history of the Middle East is wrong.

That word is "corn." 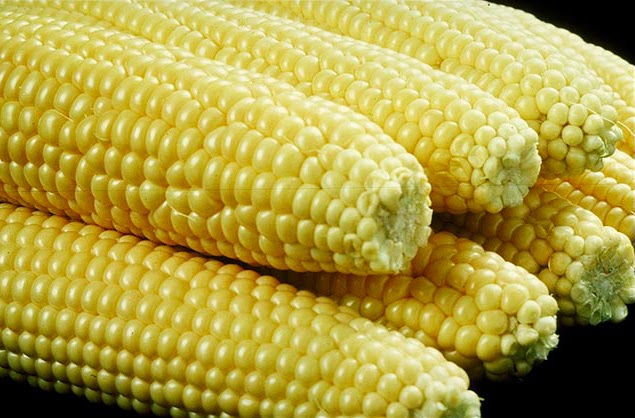 The word occurs 102 times (in the King James Version, at least) -- mostly as a translation of the Semitic root dagan.  The problem, of course, is that corn is a Mesoamerican plant, and did not exist in the Middle East until it was brought over after the exploration of the New World.  It's very easily explained, though; not only did dagan mean "grain" (not, specifically, corn), the word "corn" itself just meant "grain" in early Modern English -- a usage that persists in the word "barleycorn."

But this guy doesn't think so.  He thinks that the use of the word "corn" means... corn.  As in the stuff you eat at picnics in the summer with lots of butter and salt, the stuff cornmeal and popcorn and corn starch and high-fructose corn syrup are made from.  And therefore, he thinks...

... that everything in the bible actually happened here in the Western Hemisphere.


The difficult situation with CORN in the BIBLE is that most people, due to the brainwashing that has been handed down through generations, firmly believe that the Biblical events happened in the Middle East.  After much research I can PROVE that the Middle East has absolutely NOTHING to do with the history, geography, and genealogy of the Holy Scriptures.  Nothing!...  CORN is in the Bible because the PEOPLE, PLACES, and EVENTS of the Biblical narratives were in the AMERICAS!

The "true history" of the events of the bible, he says, have been "hidden for over 500 years."  He has proof, which he will tell us when his book is released, and it's gonna overturn everything you think you know about history.

Oh, yeah, and the Crusades happened over here, too.  Apparently the Crusaders didn't trek to Jerusalem, they were trying to retake Peoria or something.

I'm not making this up, and the guy who wrote it seems entirely serious.  But it does highlight what can happen when you decide that any human-created document is the infallible word of a deity, or even (as I've heard) that god guided the translators and copiers so that it still is inerrant even after the inevitable Game of Telephone that translating and copying usually entails.  Not many people go as far as the Corn Dude does -- but it does bring up the question of whether any translation of the bible is good enough that we should even entertain using it as a guide to behavior or (heaven forfend) science.

So that's our exercise in eye-rolling for today.  Me, I'm done with the topic, so I'm going to go get breakfast.

For some reason, I'm in the mood for cornbread.  Funny thing, that.
Posted by Gordon Bonnet at 4:22 AM