How to get disinvited

Okay, I'm perfectly willing to admit that I am (1) not particularly knowledgeable about politics, and (2) kind of clueless about human social behavior.

The first one you're just going to have to take my word for.  The second, though, has as hard evidence the fact that more than one of my students has nicknamed me "Sheldon."  And while I'm not, I hope, quite as awkward as my (nick)namesake, I have to admit that I am often baffled by what makes people act the way they do. 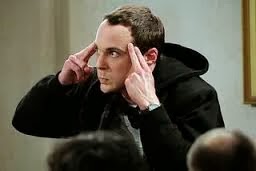 So what follows may be an analysis that someone who is more politically or socially adept could tear to smithereens without even breaking a sweat.  Just to be up front about it.

I am referring to the apparent conflation, in many people's minds, of the topics of politics, religion, and the degree to which an adherent to some version of one or both of the above is an asshole.  Am I wrong that there really should be no logical connection between the three?

I mean, at its simplest, the liberal vs. conservative split is about (on the one hand) being inclined to welcome change, broad tolerance for many views, and a strong belief that government should have a hand in social welfare, and (on the other) being inclined to prefer consistency and stability, a preference for traditional views of what America is and should be, and a strong belief that government should be limited to absolutely necessary functions like national defense.  I realize that there are gradations within those views -- I have one friend who calls herself a "social liberal and an economic conservative," for example -- but I think that this characterizes the divide with reasonable accuracy.

Religion is basically a decision about the existence of god, and if a god exists, the nature thereof, and some set of behaviors that this god or gods expects of you.  It's not a political statement at all.  Nowhere, at least in the holy texts I've read, is there anything that says something like, "And then the Lord saideth unto Moses, 'Thou shalt see to it that any illegal immigrants be deported back to the country of their origin, especially if they speakest not English.'"

Then, there's the third thing, which is behavior.  I've known liberals and conservatives who are kind, caring, gentle, friendly people.  Same with people of a variety of religions, and those of no religion at all.  On the other hand, I've known complete humorless pricks who identify as belonging to each of the above.  Once again: no relationship.

This makes it a little hard for me to understand why yesterday it was announced the the Conservative Political Action Conference has disinvited the American Atheists Organization, who had spent $3,000 to have a booth there.  (Their money was refunded, however, if you're curious.)

Now, Silverman is, in my opinion, kind of a jerk.  He is one of those people with whom I agree on religion, but who I think is not a very nice person.  (Remember: the two aren't related.  cf. What I wrote three paragraphs ago.)  I am in complete agreement that he could have put it in a more diplomatic fashion, since presumably one of the goals of being at the conference was to show scared conservatives that we atheists aren't baby-eating monsters.  Or, failing that, he could have just shut the hell up entirely.

Well.  The response from the conservatives, especially the religious ones, was loud and clear.  Brent Bozell, president of the Media Research Center, was especially incensed, and not just at the atheists:

The invitation extended by the ACU, Al Cardenas and CPAC to American Atheists to have a booth is more than an attack on conservative principles.  It is an attack on God Himself.  American Atheists is an organization devoted to the hatred of God.  How on earth could CPAC, or the ACU and its board of directors, and Al Cardenas condone such an atrocity?
It makes absolutely no difference to me that CPAC and ACU have backed down and removed the booth.  I am sick and tired of these games.
I will continue to denounce CPAC, ACU and Cardenas.  No conservative should have anything to do with this conference. If you do, you are giving oxygen to an organization destroying the conservative movement.

Well, just to correct a misapprehension; atheists don't hate god, they don't believe he exists.  Which isn't the same thing.  I don't think Aphrodite exists, either, so hating her on top of that would be a little pointless.

And like I said earlier; what, exactly, does being a political conservative have to do with being religious?  Really?  Okay, I'm willing to accept that by the numbers, a lot of devout Christians are Republicans.  But how do the two ideologies have the least thing to do with one another?

Or with whether an atheist organization should be allowed to voice their opinion at a conservative conference?  What, do you only support the free speech you agree with?

The CPAC leadership, of course, was cornered, and they did what you'd expect; they caved.  Meghan Snyder, spokesperson for CPAC, said, “American Atheists misrepresented itself about their willingness to engage in positive dialogue and work together to promote limited government.  People of any faith tradition should not be attacked for their beliefs, especially at our conference.  He has left us with no choice but to return his money."

So I have the rather sick feeling that all David Silverman did was reinforce people's opinions that atheists are sneakily trying to infiltrate the enemy camp and steal souls.  They've lost the valuable possibility of showing at least some conservatives that we're capable of espousing conservative political ideals without simultaneously participating in a religion.

It's unfortunate all around, and the inflammatory language of people like Brent Bozell doesn't help matters.  However, Silverman's comments, and Bozell's response, does support my third contention, to wit: there are assholes on both sides of the religious and political divide.