Islam and the fatwa against Mars One

Sometimes I run into a story that infuriates the absolute hell out of me.

Most of the time, I can maintain a sense of perspective about things, even if they frustrate me.  Despite my often strongly-worded missives here on Skeptophilia about the illogic of certain claims, very little of it gets me truly angry.

Yesterday, though, I ran into a story at The Register that raised my blood pressure into the "incipient aneurysm" zone.  The subject of it was a fatwa issued by group of Muslim clerics -- preventing observant Muslims from participating in the Mars One mission. 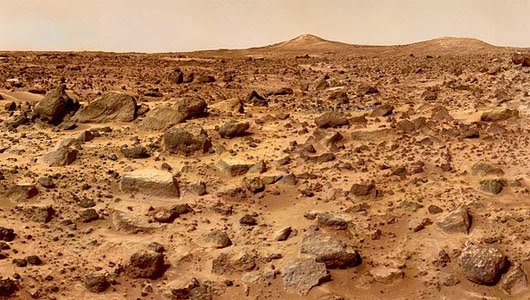 Now, on first glance, this isn't surprising.  Traditional Islam isn't known for its progressive stance with respect to science.  (Contrast that to Islam in the Middle Ages -- when they were the shining lights of reason and rationalism and experimental inquiry.)  But it becomes more interesting -- and infinitely more absurd -- when you find out why the fatwa was issued.

"Such a one-way journey poses a real risk to life, and that can never be justified in Islam," read part of a statement from a committee appointed by the General Authority for Islamic Affairs and Endowment, as reported in The Khaleej Times.  "There is a possibility that an individual who travels to planet Mars may not be able to remain alive there, and is more vulnerable to death."

Dr. Farooq Hamada, president of the GAIAE, went on to say, "Protecting life against all possible dangers and keeping it safe is an issue agreed upon by all religions and is clearly stipulated in verse 4/29 of the Holy Qu'ran: Do not kill yourselves or one another."

Now wait just a second, here.  Seriously?  You're concerned about observant Muslims joining what could turn out to be a suicide mission, and so your response is to issue a fatwa against the Mars One mission?

How about issuing a fatwa against suicide bombers?  Or the Muslims who are right now slaughtering each other in Syria?  Or "honor killings?"  What about the fact that seven of the top ten countries, in terms of numbers of executions, are Yemen, Iran, Syria, Libya, Bangladesh, Saudi Arabia, and Somalia, and in those countries the execution methods include public hanging, beheading, and stoning?  The Muslim world has a few bigger problems at the moment than the chance that some observant Muslim might end up on a mission that could end with the deaths of the participants.

Oh, but wait!  Coming together, as a unified voice, against any of that other stuff would be controversial.  That would require the hidebound, patriarchal, tribal-minded leadership to reconsider some of what their devout adherents are actually doing.  It might even require them to say, "You know that violent, brutal, inhumane shit that we've accepted for all of these years?  That stuff is wrong.  It's always been wrong, but we've been too cowardly to say it.  So you people need to knock it off."

To be fair, there was a fatwa issued against terrorism, back in 2010.  It was hailed as a landmark by press in the west -- and then promptly forgotten.  Ever heard a leader of any Muslim country mention it?  Have you noticed a decrease in violence in the Middle East in the last four years?

It's possible that if the leaders of all of the Muslim countries -- and that includes the religious leaders, since politics and religion in most Muslim countries are so entangled as to be inseparable -- said, with one voice, that killing others would condemn the killer to hell, that some of it would stop.  At least, perhaps, it might slow down the killings that are motivated by Islam itself, the ones that are acts of violence committed in the name of some twisted notion of sanctity and purity and holiness, where all too often the victims are random strangers who happened to be in the wrong place at the wrong time.

But that's not going to happen.  It's much easier to go around issuing fatwas against distant eventualities (Mars One, even if it succeeds, isn't going to depart for the Red Planet until 2023) than it is to change present evils that have been accepted without question by the leadership up to this point.  It's much easier to give lip service to "protecting life against all dangers" than it is to demand that the people here and now who are raping and murdering cease and desist.

You have to wonder, don't you, what would happen if all the religious leaders of the world finally stood up for human rights?  I'm no apologist for the Catholic Church, but I have to admit that Pope Francis has made some real strides in that direction.  But the others?  Not so much.  Most of them are too busy worrying about who is having sex with whom to deal with the issues of how their followers are infringing on the basic rights of their fellow humans.  And I don't think it's an exaggeration to say that the Muslim leaders are about the worst offenders in this regard.

I don't know how much this blog gets read in Muslim countries.  Not much, is my guess.  But you never know.  And so I'll issue this challenge: if you really claim to follow the Qu'ran, then the verse that Dr. Hamada quoted should be taken at its face value.  Your leaders need to demand, now, that all of the murders and suicide bombings and honor killings and public executions stop.  All along, they have tacitly supported a worldview that allows people to claim that they are observant Muslims, approved by Allah, and are headed to heaven, while simultaneously hurting or killing others (and sometimes themselves).

Maybe you could change that.  Turn your religion into a force for good.  Leave aside useless gestures like objecting to missions to Mars, and deal with the problems that some of your followers are causing here and now.

To do any less is pure hypocrisy.
Posted by Gordon Bonnet at 2:12 AM