The error of their ways

I recently started teaching the unit on evolution in my introductory biology class, and that always gets me thinking.  The conflict between evolutionary (i.e. scientific) views of the universe and young-earth creationist (i.e. unscientific) models can cause a great deal of stress in students' minds.  Children of evangelical parents are often put in the intensely uncomfortable position of either having to contradict a teacher they may like and respect, or else betray the ideals by which they were raised (and in that view, perhaps jeopardizing their standing with god in the process).

Of course, it's not the only subject I teach that is controversial.  Climate change is at least as hackles-raising as evolution is, these days, and there is a small but highly vocal minority in our community that bristles at any mention of the value of vaccination.  And therein lies the problem; to what extent is it incumbent upon a science teacher to be straightforward about his/her stance with regards to controversial topics about which the scientific world is at consensus?

It's different for teachers of politics and government.  There, the fairest of us strive to keep our own views out of things, because (in the words of a former principal I worked for) we need to remember that children are a captive audience, and the line between teaching and proselytizing can be crossed awfully easily.  I have no difficulty keeping my opinions to myself when I teach the ethics unit in my Critical Thinking class; my stock line is that my views on the questions we discuss are irrelevant.  It is my job instead to needle everyone, and get all the students to consider their stances in a thoughtful manner regardless of whether or not they resemble my own.  "If you are really that interested in what I think," I tell them, "I'll answer any question you like... after you graduate."

The situation is different in science.  Science is, at its basis, not about opinions, it's about facts and inferences.  When an anti-vaxxer says that the MMR shot is linked to autism, (s)he is making a statement that either lines up with the available evidence, or else not.  And in this case, it clearly does not.  So to what extent should I respect a student's right to persist in an erroneous belief out of a desire to keep the peace, and to abide by my long-ago principal's dictum to keep in mind that we are not supposed to proselytize?

As I've grown older, I've become less and less cautious about this -- due, in part, to a feeling of "I've done this job long enough to know what I'm doing," and in part to a sense that to allow false beliefs to go unchallenged is exactly the opposite of what a science teacher should be doing.  I have no doubt that if our chemistry teacher was faced with a student who thought that atoms were made of tiny balls of cream cheese, she would not hesitate to say, "I'm sorry, but you're wrong."  Why are we so afraid to do this in the case of evolution, climate change, and the efficacy of vaccination?

The answer, of course, lies in the deep emotional charge that these topics carry.  There's a feeling that by so doing, we've crossed the line into dictating a student's politics and religion.  And while I do my best to keep my political beliefs to myself -- I steadfastly refuse to get into political discussions with students -- I'm well known in my school and community as being an atheist, and the last thing I want is to be seen as having some kind of axe to grind apropos of tearing down some poor kid's dearly-held religious beliefs.

But still.  The statement "the Earth is 6,000 years old" is simply factually incorrect.  So is "the Earth's climate is not warming up."  Is my reluctance to come out and say that to my students, to leave those erroneous beliefs unchallenged, effectively allowing them to remain willfully ignorant? 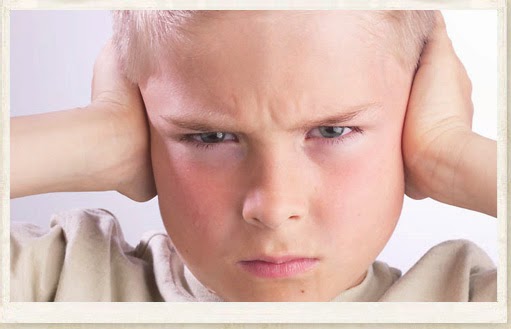 Well, yes.  Yes, it is.  There are probably kinder and gentler ways to say it, but in these cases, "I'm sorry, you're wrong," is a literal statement of fact.  We're not doing kids any favors by pretending along with them that they can hold a counterfactual worldview without being challenged.  It does put them in a bind, though; most of the kids I've known who were young-earth creationists, climate change deniers, and anti-vaxxers have learned those beliefs from their parents.  But consider: if these kids can't be steered in the right direction by science teachers -- on topics where scientists have come to near 100% agreement -- haven't we failed to do the job we have been entrusted with?

It is not our responsibility to convince those children who won't be convinced, just as it is not our responsibility to ensure that every child studies and does his/her assignments.  That same principal I mentioned earlier also used to say, "Every kid has the right to fail."  It applies just as well here.  Faced with facts, logic, and rational argument, kids are perfectly within their rights to reject them.  But science teachers have to be brave enough to present those facts, logic and arguments, and weather the backlash that might result.  What I say to my Critical Thinking students could well apply to every student entering every science class we teach: "You may leave this class with your ideas unchanged.  You may not leave this class with your ideas unchallenged.  After that, it's up to you."
Posted by Gordon Bonnet at 2:08 AM