The music of the spheres

It probably sounds uncharitable of me, but I wish that all of the people who can't be bothered to exert the time and effort to learn a little bit of science would stop pretending that they know what they're talking about.

We saw it last week with Ken Ham, blathering on for two hours about "historical science" while Bill Nye stood there staring at him with a "what the fuck are you talking about, dude?" expression that has got to become the basis of a meme somehow. 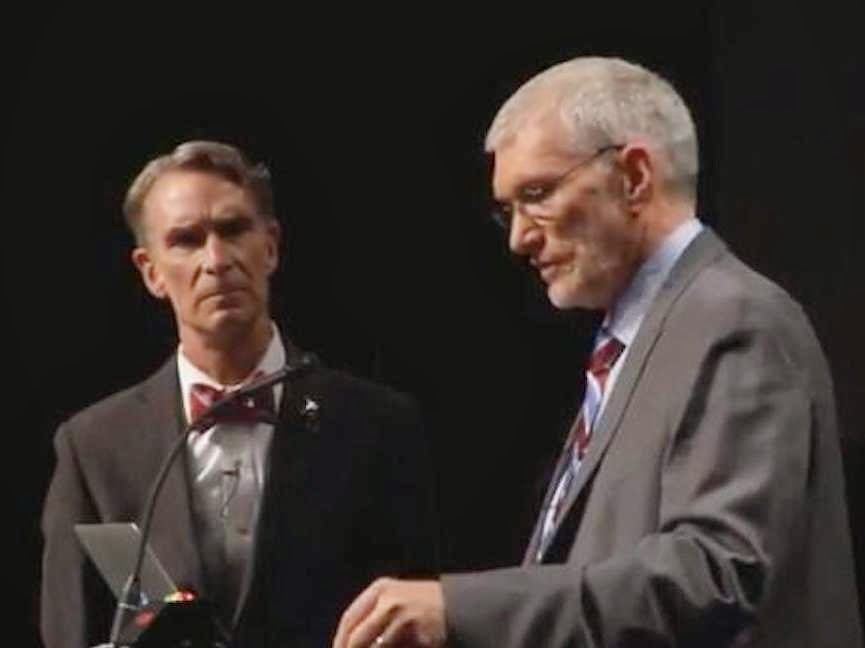 Of course, it's not just the creationists who babble about scientific concepts like the Second Law of Thermodynamics as if they actually understood them.  The New Age types do the same thing, usually venturing off instead into such esoteric fields as quantum mechanics, evidently mistaking "I don't understand quantum physics" as being the same as "quantum physics means whatever I decide it means."

I ran into an especially good example of this a couple of days ago, over at the loony website Spirit Science and Metaphysics.  And one of their posts, "Here's Why You Should Convert Your Music to 432 Hz," should probably be up for some kind of woo-woo wingnut award.

If there is such a thing.  Which there should be.

In this article, we find out that we are jeopardizing our health, all because we've been tuning our musical instruments wrong:


Most music worldwide has been tuned to A=440 Hz since the International Standards Organization (ISO) promoted it in 1953. However, studies regarding the vibratory nature of the universe indicate that this pitch is disharmonious with the natural resonance of nature and may generate negative effects on human behaviour and consciousness. Certain theories even suggest that the nazi [sic] regime has been in favor of adopting this pitch as standard after conducting scientific researches to determine which range of frequencies best induce fear and aggression. Whether or not the conspiracy is factual, interesting studies and observations have pointed towards the benefits of tuning music to A=432 Hz instead.

432 Hz is said to be mathematically consistent with the patterns of the universe. Studies reveal that 432 hz tuning vibrates with the universe’s golden mean PHI and unifies the properties of light, time, space, matter, gravity and magnetism with biology, the DNA code and consciousness. When our atoms and DNA start to resonate in harmony with the spiraling pattern of nature, our sense of connection to nature is said to be magnified. The number 432 is also reflected in ratios of the Sun, Earth, and the moon as well as the precession of the equinoxes, the Great Pyramid of Egypt, Stonehenge, the Sri Yantra among many other sacred sites.

Count 'em up, folks.  We have:
That's it, folks.  I think we can pack it in; we have reached Bullshit Nirvana, here.

Oh, yeah, and it wouldn't be complete without a quote from Nikola Tesla:


“If you want to find the secrets of the universe, think in terms of energy, frequency and vibration.” – Nikola Tesla

Presupposing, of course, that you have taken a physics course and understand what anything that Nikola Tesla said actually means.

We're then shown a bunch of photographs that are supposed to be relevant, including ones that look like this: 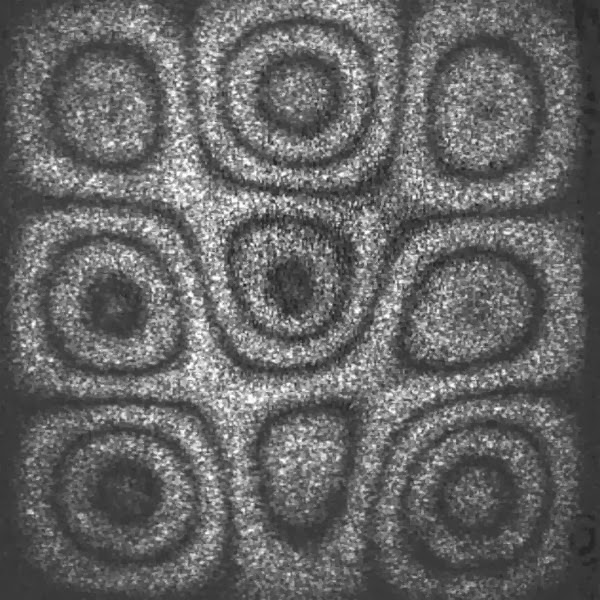 These images are the patterns that emerge from standing waves in a metal plate (either free or forced vibrations); there's nothing mysterious about them.  (Although the theory behind the patterns is wildly complex.  I have a bachelor's degree in physics, and the math is way beyond anything I am capable of comprehending.)  Once you know what the images are, it's hardly a surprise that using a different frequency (432 Hertz rather than 440) will produce a different pattern.  But what they're telling us boils down to the 432 Hertz pattern somehow being "prettier..." which translates, apparently, to its having beneficial health effects.

Or something.  It's kind of hard to tell, frankly, what they do mean.  If you thought the preceding quoted paragraphs were bad, take a gander at this one:


All of the frequencies in the spectrum are related in octaves, from gamma rays to subharmonics. These colors and notes are also related to our Chakras and other important energy centers. If we are to understand that (…) Chakras are connected to the Seven Rays of the Solar Spectrum, then the notes and frequencies we use for the same should be the same. A432 Hz is the tuning of the Cosmic Keyboard or Cosmic Pitchfork, as opposed to the A440 Hz modern ‘standard.’ It places C# at 136.10 Hz ‘Om,’ which is the main note of the Sitar in classical Indian music and the pitch of the chants of the Tibetan monks, who tell us ‘It comes from nature.’

Oh.  The "Cosmic Pitchfork."  That makes total sense.  And I'm sure that the Tibetan monks are perfectly nice people, but the fact is, I wouldn't go to them for instruction on physics, any more than I'd go to Stephen Hawking to receive the teachings of the Buddha.  And talking about "octaves of gamma rays" makes about as much sense as talking about "photons of musical pitch."

But that doesn't matter.  You must immediately retune your guitar and fiddle and other musical instruments, because otherwise your pitch will clash with the Cosmic Keyboard.  And heaven knows we wouldn't want that to happen.

What bothers me about all of this is not that some woo-woo has a weird idea; having weird ideas is kind of the woo-woo raison d'être, after all.  What bothers me is that because the writer of this article is able to throw around some fancy-sounding scientific jargon, coupled with jargon from New Age metaphysics, there is this veneer of sensibility to it -- if you don't know a lot of science yourself, you might be fooled into thinking that what is on this webpage actually says something.  And a lot of people apparently have been fooled.  All you have to do is do a Google search for "432 Hertz tuning" and you will find, literally, hundreds of sites like this one that claim that if you don't retune your music, you are risking remaining unenlightened forever.

I have known more than one person who has regularly been suckered by this kind of stuff.  One of them, a long-ago acquaintance in Seattle who seemed to fall for every piece of freshly-minted New Age nonsense that came down the pike, would have panicked upon reading this, and not only would have immediately paid to have her piano retuned, but she would have done whatever she could to make sure that her CD player was outputting sounds tuned to a scale based on A = 432 Hertz, not the standard 440.  (And she would have attributed every joint pain, headache, and queasy stomach she'd had in the past three years to listening to music at the wrong pitch.)

So just to be clear; there is no health (or emotional, or spiritual) benefit from tuning to 432 Hertz.  It's even been the subject of an experiment, by Trevor Cox, professor of acoustical engineering at the University of Salford, a study that (surprise!) blew down the claim completely.  Put simply, this contention is 100% pure, grade-A, unadulterated pseudoscientific garbage.

And I think to round things out, I'm going to listen to one of my all-time favorite pieces of music -- Domenico Scarlatti's sparkling Sonata in D Major, K. 96, "La Chasse" -- as played by the brilliant Stephen Malinowski (and accompanied by a cool graphic of the musical score).

On a harpsichord tuned to A = 440 Hertz.  Take that, woo-woos.  And tell me if, after listening to this, you felt "aggressive and disharmonious."  Because if so, I think there's something more wrong with you than the way your music is tuned.
Posted by Gordon Bonnet at 3:56 AM