Skeptophilia is rapidly approaching ONE MILLION HITS, and we are sponsoring a 50/50 contest that you can win by guessing exactly when the millionth hit will occur!

It's $10 to enter the pool, and the winner (whoever guesses the closest) will get half, the other half going to support Skeptophilia.  To enter the pool, send $10 either by mail (contact info at CBGB-Arts) or use PayPal to jaggy227@fltg.net with your name, contact information, and best guess as to when the millionth hit will occur (date and time - specify AM or PM).  Closest guess wins and will be announced on April 19 (assuming it's occurred by then)!

The pool will be split in case of a tie.

Have fun and here's to a million hits!

Humans, sad to say, have a fairly lousy track record for fixing problems that they've created through their own negligence and/or stupidity.

Take, for example, the case of the gray-backed cane beetle, a native Australian insect that is a pest on sugar cane.  Back in the 1930s, sugar cane growers were having a devil of a time with the beetle, because not only do the larvae feed on the roots, the adults feed on the leaves, creating a double whammy that was playing hell with the crop yields.  So someone thought it'd be a smart idea to introduce the cane toad, a South American species with a voracious appetite, as a way of controlling the beetle. 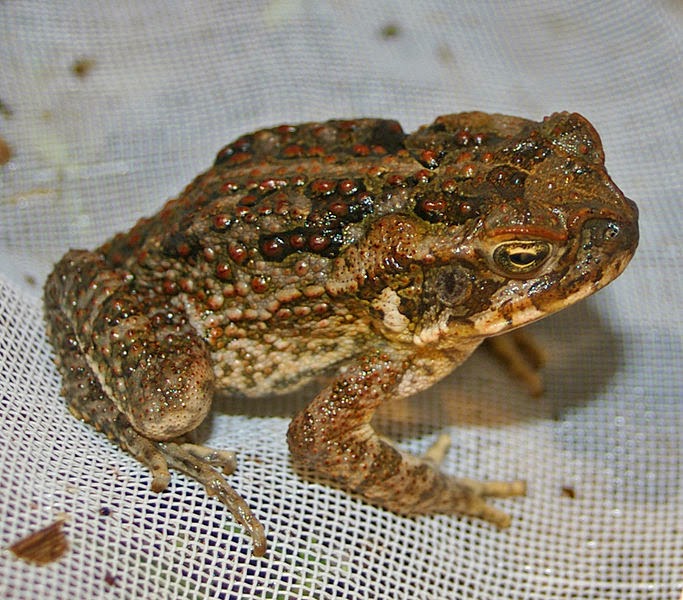 
The problem was that the individual who introduced them seemed to be unaware that beetles can fly and the majority of toads cannot.  Also, the toads are venomous, get huge, eat damn near everything in sight up to and including small mammals, and reproduce like mad.  The result: northeastern Australia still has cane beetles, and now it also has to contend with the cane toad, which seems to be spreading slowly south and west.

So I'm perhaps to be forgiven for expressing some doubt when I hear someone saying about an ecological problem, "Hey, this will fix it!"  Which is why, when my buddy and fellow writer Andrew Butters (of the wonderful blog Potato Chip Math) sent me an article proposing to use geoengineering to solve climate change, my immediate response was, "This may be the dumbest fucking idea I've heard in years."

The idea is not new, but it has a new champion; David Keith, professor of applied physics and public policy at Harvard.  And in the article I linked above, Chris Wodskou (writing for CBC News) tells us that what Keith is thinking about is not on a small scale:


Geoengineering is an attempt to arrest the course of climate change through a number of different schemes, such as seeding the atmosphere with reflective particles.  Or putting gigantic mirrors in orbit around the Earth to reflect sunlight back to space.  Or fertilizing the ocean with iron to stimulate the growth of carbon-absorbing plankton...  [Keith] is
particularly interested in solar geoengineering, or solar radiation management, which would involve putting tiny sulphur particles into the stratosphere, where they would reflect solar energy back to space.

Keith acknowledges the controversial nature of what he is proposing; in fact, he calls it a "brutally ugly technological fix" that does not get at the root of the problem.  But nevertheless, he says, we should be giving it serious consideration:

Well, okay, I agree with that, but there's a big "if" -- and that is "if we understand completely what the results of the geoengineering will be."  It took us 150 years just to notice the global result of all of the additional carbon dioxide we were adding to the atmosphere (counting the start date as the beginning of the Industrial Revolution, give or take).  It's taken us another sixty to come to a reasonable scientific consensus, but due to special interests, the media, and sheer human pigheadedness, we are still yet to get up off our asses and do something about it.

And compare the results of climate change with the predictions.  Some of the predictions haven't come true, or at least not yet (e.g. the slowing of the Atlantic Conveyor).  Others have (e.g. loss of Arctic pack ice and the collapse of the Antarctic ice shelves).  Some results have been entirely unexpected, such as this year's unhinged winter, with the northeastern United States being socked with temperatures that were more than once colder on the same day than Fairbanks, Alaska and Irkutsk, Siberia.

Honestly, though, this is more or less what the climate scientists expected.  You can't perturb a complex system like global climate and expect it to behave like a clockwork.

So why in the hell do we think we can perturb it even more and that this will somehow push it back into equilibrium?  Isn't it far more likely that the further perturbation will only serve to destabilize the climate more, and in far more unpredictable ways?

Listen, I'm no conspiracy theorist, as regular readers of this blog will know well enough.  My doubt about this plan isn't because I'm afraid of some Big Bad Government Plot To Destroy Us All (undoubtedly using HAARP and chemtrails and so forth).  It's more that we have shown, over and over, that we simply don't know enough to try some kind of brute force approach with this problem, simply because the one real solution -- cutting back on fossil fuels -- is too bitter a pill to swallow.

For cryin' in the sink, if we can't get something as simple as the cane toad right, what makes us think that we can manhandle climate change into submission?
Posted by Gordon Bonnet at 2:26 AM