I suppose by now that I should have expected something like this, but still, I was surprised when I heard that the creationists are now asking for airtime for their views, so that the media can be more "fair and balanced."

It's another jab at Neil deGrasse Tyson and Cosmos again, of course.  Tyson is, as I mentioned in a recent post, unabashedly supportive of the evolutionary model, as well he should be; if you accept the methods of science at all, the amount of evidence in favor of evolution (and the complete dearth of evidence for any other competing model) leaves you little room to escape.  But that doesn't stop people from disbelieving, and it certainly didn't stop folks like Ken Ham from squalling like mad when Tyson called creationists simply "wrong."

What I didn't expect, though, was that the creationists were going to turn things around and demand that they have equal air time for their views, in the interest of fairness.

The idea jumped into public media a couple of days ago when Danny Faulkner of Answers In Genesis and the Creation Museum appeared on The Janet Mefferd Show.  Mefferd opened the topic up by asking if Cosmos will "ever give a creationist any time," and Faulkner answered that "creationists aren’t even on the radar screen for them, they wouldn’t even consider us plausible at all."

Mefferd said in response that Tyson and the writers of Cosmos weren't playing fair.  "Boy, but when you have so many scientists who simply do not accept Darwinian evolution," she said, "it seems to me that that might be something to throw in there, you know, the old, 'some scientists say this, others disagree and think this,' but that’s not even allowed."  (To listen to an audio recording of the interview, go here.)

There are two problems, of increasing seriousness, with this statement.

First, would you care to name for me the "so many scientists" who do not accept evolution?  There might be a few non-biologists, perhaps.  Amongst biologists, I think you'd be hard pressed to find more than one or two serious doubters -- and I would argue that even those, if they indeed exist, inhabit some sort of fringe-y twilight zone of biological research.  I.e.: I suspect they're cranks, not serious researchers.  At this point in the game, a biologist doubting evolution would be a little like a chemist doubting the periodic table.

A second, and more troubling problem, is that Mefferd and Faulkner think science needs to be "fair."  Wherever did they get that idea?

Now, don't get me wrong; in many circumstances, fairness is a good thing.  I try to deal with my students fairly; I expect to be treated fairly in business; I expect politicians to engage in fair dealings.  In any kind of human social interactions, fairness forms a good base guideline for behavior.

But science... science isn't fair at all.

Why not?  Well, partly it's because the universe isn't fair either.  There is absolutely no reason why the universe has to behave in such a way as to make me happy.  On a simplistic level, I would love it if magic was possible, if there was life after death, if there were friendly aliens who paid us visits periodically (I'm thinking of the wonderful final scene in Star Trek: First Contact).  Hell, while I'm wishing, I wish I could fly.  But there is no reason to believe that just because I'd like something to be a certain way, that the universe must conform to my wishes.  And more to the point, if science finds out different -- e.g., if controlled studies show that my magic wand can not make my dog levitate -- then science isn't being unfair to me.

It's simply showing me how things are. 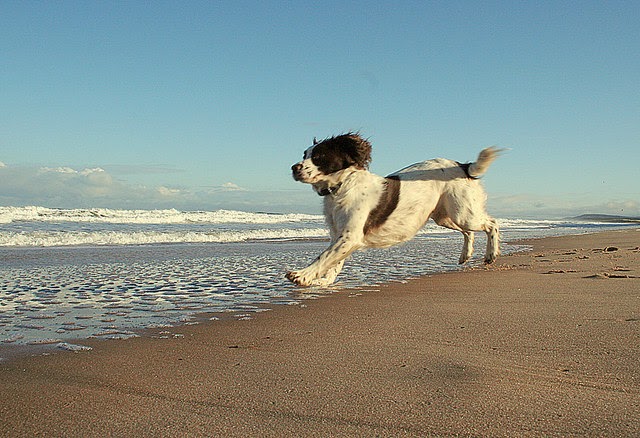 [image courtesy of photographer Des Colhoun and the Wikimedia Commons]

So in a way, I misstated the fact; it's not that science isn't fair, it's that it's kind of above considerations of fairness and unfairness.  It deals with what is demonstrably real, and leads our understanding where the evidence takes us.  If that's a different place than where we'd hoped to be, well... too bad, so sad.

And there is no reason in the world that any responsible media outlet should feel compelled to give the creationists equal time, any more than I should be encouraged to teach the Theory of Magical Dog Levitation in my science classes.  Creationism and Magical Dog Levitation are both supported by equal amounts of hard evidence (i.e., zero), and therefore to give time to either one wouldn't be fair, it would be idiotic.

But of course, the media is not controlled by what is scientifically sound, it's controlled by what gets viewers (and therefore, what gets sponsors and makes money).  Witness what has happened in the past few years to the This Really Has Nothing To Do With History Channel.  So I wouldn't be at all surprised if we see a series coming down the line called The Six Days of Creation.

At least I can feel some joy in the knowledge that whoever they'd get to narrate it wouldn't be nearly as badass as Neil deGrasse Tyson, because he seems to have cornered the market on badassery these days.
Posted by Gordon Bonnet at 2:21 AM