I bet you think you know what science is for.

I bet you subscribe to such ideas as "science is a means for understanding the universe" or "science provides a method for the betterment of humankind."  And I bet that you think that, by and large, scientists are working to elucidate the actual mechanisms by which nature works, and telling us the truth about what they find.

Yesterday I found out that scientists are actually all in cahoots to pull the wool over our eyes, and are actively lying to us about what they find out.  They work to stamp out the findings of any dissenters (and, if that doesn't work, the dissenters themselves), and to buoy up a worldview that is factually incorrect.

Why would they do this, you may ask?

Well, because they're that evil, that's why.  And you know, that's how conspiracies work.  They just cover stuff up, sometimes for the sheer fun of doing it.  Even the scientists gotta get their jollies somehow, right?  I mean, at the end of the day, rubbing your hands together and cackling maniacally only gets you so far.

I came to this rather alarming realization due to a website I ran into called, "Is Gravity a Pulling or a Pushing Force?" wherein we find out that what we learned in high school physics, to wit, that gravity is attractive, is actually backwards.  Gravity isn't pulling us toward the center of mass of the Earth, like your physics teacher told you.  It's more that... space is pushing you down. 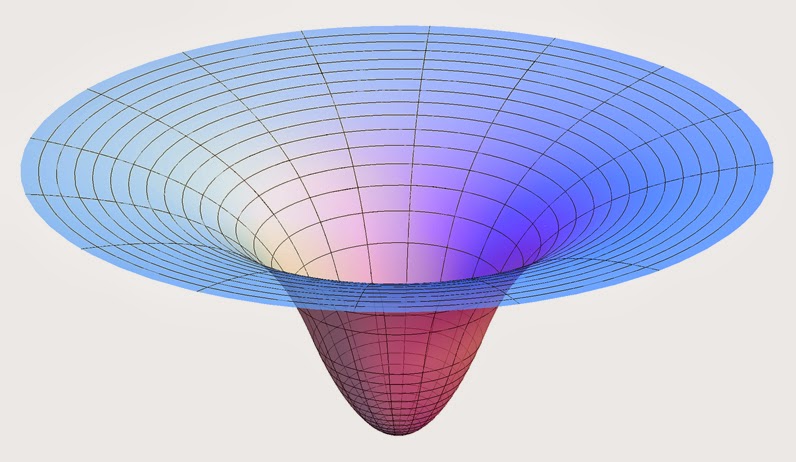 It's a little like my wife's theory that light bulbs don't illuminate a room by emitting light, they do it by sucking up dark.  She has been known to say, "Gordon, when you get a chance, can you replace the Dark Sucker in the downstairs bathroom?"  Presumably when the filaments in the bulb become saturated with dark, they become incapable of doing their job any more and need to be replaced.

But unlike my wife, the people on this website are serious.  Here is one representative section from the website:


Be sure to understand that any volumetric expansion of the Pressure of electrical-mass that surrounds the earth is what then compresses back and pushes free electrons along any given conductor. This elasticity of the quantum particles of space is the very source of "all" generated electricity around the world at this very moment. The Pressure (Density x Temperature2) of that ocean of electrical-mass that surrounds the earth is also the very origin of Gravity (your compared Density).

And so now - You - know the exact answer to what Albert Einstein spent 20 years searching for while he lived at 112 Mercer Street, Princeton, New Jersey.

The very connection between Gravity and Electricity.

Three layers surround the earth; The ocean, The atmosphere, and Gravity. Gravity is exactly equal to the ocean of water or the ocean of atmosphere that is surrounding the earth except Gravity is the third and outermost ocean of electrical-mass that surrounds the earth and moves through all mass.

Electrical-mass is invisible to the eye and does not possess temperature. Keep in mind that molecular Velocity = Temperature.
A = Acceleration Z = Time AZ = Velocity (Temperature) AZ2 = Distance.

The combustion of all stars (Energy) produces a pressure of electrical-mass (Gravity) that surrounds all planets and this is the exact connection between Energy and Gravity that Albert Einstein was diligently searching for.

A "Pulling Force" is absolutely impossible. And it's actually quite astounding that this needs to be stated in the year 2012. Certainly no one possesses the ability to calculate "continuous" or "exhaustively" true and pure Physics until they have come to the above realization.

It bears mention that my bachelor's degree is in physics, which means that my knowledge of the topic is, while not exhaustive, certainly better than your average layperson's.  And after reading the above (and lots more like it) on this website, I had two reactions:
I think what gets me about this is the way it's written; not only does the writer seem to have no knowledge whatsoever of elementary physics, (s)he comes across (and, in fact, states outright later on in the website) that people who do have such knowledge are the dupes.  We folks who have studied science have been fooled by the evil establishment, which is trying to keep us all in abject ignorance about how the universe actually works.

This individual isn't embarrassed by a lack of knowledge; this person is proud of it.  The author of this website takes an abysmal understanding of the rudiments of physics as evidence that (s)he has not been contaminated by the wicked Status Quo.

As another quote from the website put it, "Keep getting the word out to the Physics community who's [sic] eyes have been blinded by complexity rather than enlightened by simplicity."

It's just the cult of ignorance rearing its ugly head again, isn't it?  We here in the United States -- and it may be so elsewhere as well -- tend to distrust the educated, for some reason.  Why else would the word "elite" be used as an insult -- at least in academics?  Recall what Isaac Asimov had to say on the topic: "There is a cult of ignorance in the United States, and there has always been.  The strain of anti-intellectualism has been a constant thread winding its way through our political and cultural life, nurtured by the false notion that democracy means that 'my ignorance is just as good as your knowledge.'"

And that, I think, is at the heart of this.  Why should we have to put in our dues, listening to the pointy-headed professor types pontificating, when we can just sit around and come up with our own theories?  Especially now that there's an internet, wherein anything goes, regardless of whether it has any connection to reality?  You can always find ignorant people, insane people, and disaffected academic-wannabees who will give you lots of positive feedback, no matter how far out your ideas are.

And given that Science Is Hard, it's all too easy to characterize the professors as wanting to make it harder.  They obfuscate, couching the science in complex terms not because it is complex, but because they're engaging in some kind of Freemason-like ritual to throw people off the scent.  You are in the dark not because you're too lazy to learn the actual science, but because the scientists want to keep you in the dark.

Or maybe you just need to replace the Dark Suckers.
Posted by Gordon Bonnet at 2:04 AM