Well, the news is being spread far and wide: Fred Phelps, the founder and primary spokesperson of the Westboro Baptist Church, is dying.

This has been the cause of widespread jubilation amongst folks belonging to a variety of groups: LGBTQ individuals and their allies; atheists, agnostics, and freethinkers; members of the military, who had seen funerals of their comrades picketed; and people of all stripes who were simply repelled by the hatefulness of his message.  Every time his little group of angry, bitter followers showed up in a new town, waving their placards saying "God hates fags" and "God laughs when a soldier dies," they made a few more enemies.

So I suppose it's only natural that there would be some crowing at the man's imminent demise.  "God hates Fred," read the subject line of one post on Reddit.  Others stated their determination to picket his funeral, and some went the further step of describing, in detail, their plans to desecrate his grave. 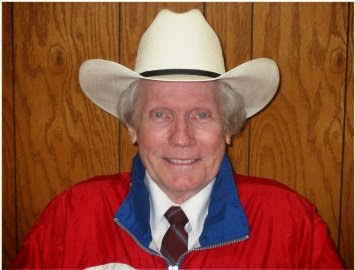 Now, I'm no apologist for the WBC.  I'm an atheist, which already places me amongst the individuals that they believe are destined for the Fiery Furnace.  Further, I'm a supporter and ally to LGBTQ people, and in fact two of my dearest and closest friends are lesbians.  I think that the pain he has caused to the families of military men and women who were killed in action is inexcusable.

But I would not join in a protest at his funeral, even if I had the opportunity.

Everything Fred Phelps did was a bid for publicity.  The protests, the outrageous statements, the inflammatory signs -- all of it was a pathetic, twisted attempt to turn the nation's eye on him and his followers and keep it there.  Did he actually believe what he was saying?  Perhaps.  I don't know.  In the end, it doesn't matter.  Whatever he was -- a zealot or a snake-oil salesman -- he brought out the very worst in the people around him, and through the hatred he spewed, he caused a lot of people to sink to his level.

Not all, of course; there were the people who formed silent human shields, so that mourning families wouldn't have to see his nasty messages as their loved ones were being buried.  Even more wonderful was the time that Phelps and his cadre showed up in Brandon, Mississippi to protest a soldier's funeral, and the day of the funeral every car in the town with Kansas plates was found to be blocked in place by a car or truck with Mississippi plates.  The Mississippi cars were removed, with many apologies for the inconvenience -- after the funeral was over.

But mostly what he provoked was hatred.  Not as vitriolic as his own, usually, but still hot and dark and damaging.  And that, I think, was precisely what he wanted.

So, you want to make a real statement, now that Fred Phelps is soon to be no more?  Don't give his followers the satisfaction of knowing that his life, or death, has had any impact at all on you.

More than perhaps anyone else I can think of, Fred Phelps deserves obscurity.  He is dying, alone in a Kansas hospice, estranged from much of his family, by some accounts excommunicated from the church he founded.  Let him.  Let his legacy of hatred die with him.  People like him deserve none of our effort, no piece of our hearts, no more attention than an irritating mosquito on a beautiful summer day.  Acknowledge his death, then let it be forgotten along with him and the rest of his bitter and vindictive followers.

I remember my grandmother once telling me that because we have the capacity to grow to be like what we love, we must be careful, because sometimes it can backfire and we can grow to be like what we hate instead.  If that message is not understood, then in some bizarre sense, Phelps himself has won.  He will have turned us into the caricatures he always thought we were; evil, nasty, ugly, forsaken by all things that are good and worthwhile.  By turning away from him, even in his hour of death -- at this time when we could shout triumphantly that he's getting what he deserves -- we are depriving him of the victory of being right about us.

Phelps is soon to be no more, for which I am glad; his is a mouth that should be shut.  But now that his voice has been silenced -- or is soon to be -- let us give thought to using our own voices for better things.  For caring for each other, for ending inequality, for speaking out for truth and love and compassion.

Only in doing so can Fred Phelps be said, finally and completely, to have failed.
Posted by Gordon Bonnet at 2:09 AM