It's been a while since we've had any interesting ghost claims, here at Skeptophilia, so today we'll look at a couple of curious ones from the last few days.

The first one comes from Coventry, England, where a photograph of a talk being given by Irish President Michael Higgins at the city's Medieval Guildhall caught something strange: 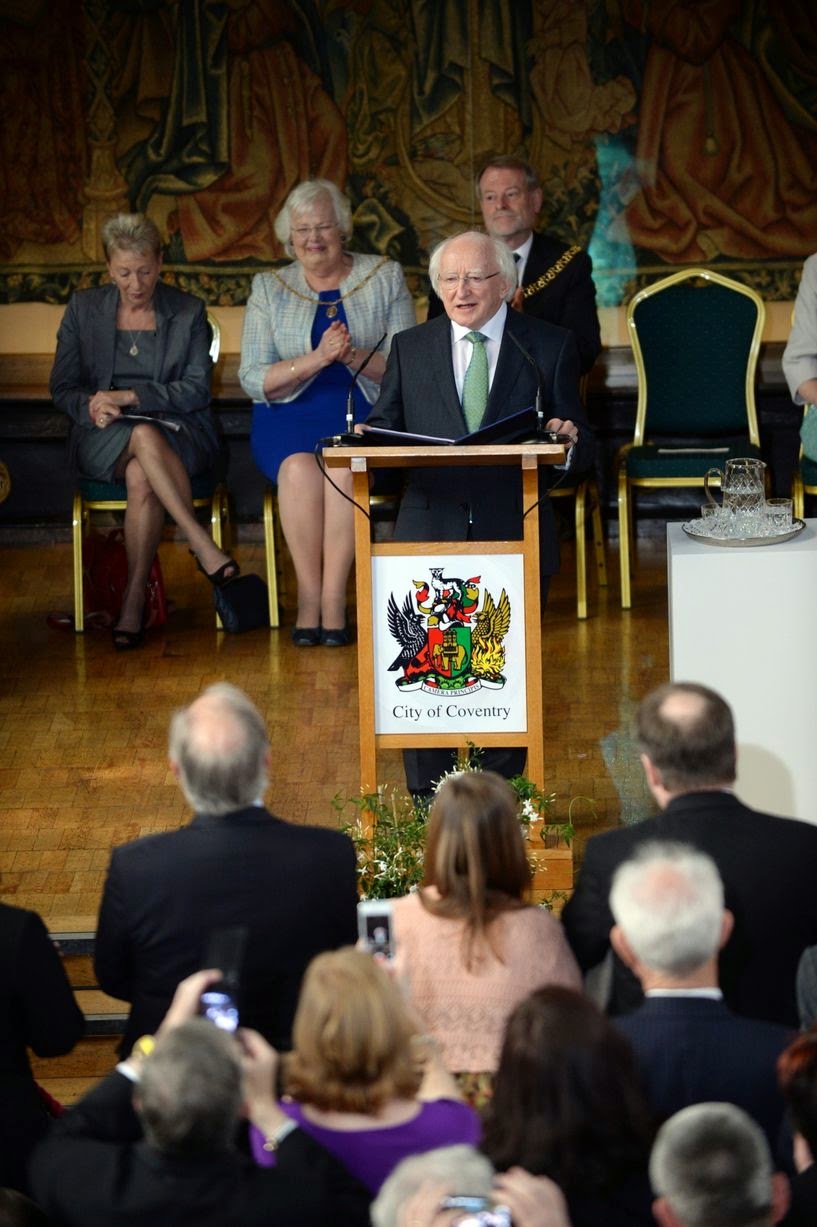 Here's a close-up of the odd apparition: 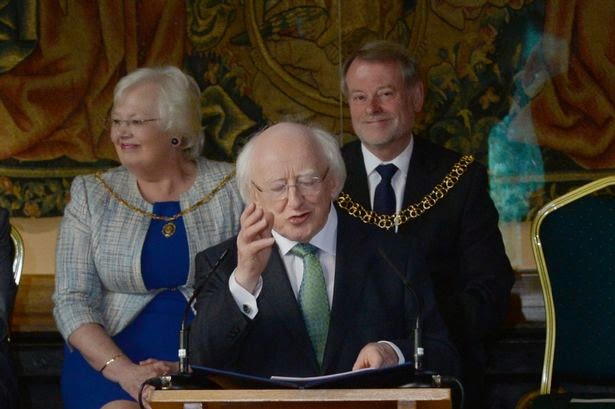 I wonder if you'll notice what I immediately found interesting about these photographs; the fact that it isn't simply a camera flare, or other such optical glitch -- because whatever the green blob is has a clear reflection in the polished floor in the first photograph.  Further (if you'll look at the photograph gallery in the Coventry Telegraph article I linked above) you'll see that the image persists in subsequent photographs, meaning that whatever it was hung around for a while.

The Guildhall is rumored to be haunted; it is the site of a famous photograph from thirty years ago, taken at a meeting of the Coventry Freemans, in which there appeared a monk-like figure who hadn't been there when the picture was taken.  So given its reputation, the paranormal enthusiasts have been having a field day with this.

Now, I still think that there's a rational explanation for the Guildhall Green Ghost; I just don't know what it is.  Anyone who might have expertise in photography, and who might have some ideas -- I'm a-listenin'.

Also curious, but perhaps explainable as a hoax, is last week's claim of a poltergeist in a Gilford, New Hampshire general store.  In a surveillance camera video, which you can view at the link provided, we see a glass plate slide off the counter and shatter on the floor of the Ellacoya General Store.

Employee Heidi Boyd, who heard the plate crash and was the first on the scene afterwards, denies it was rigged.  "We did not make this up, people," she wrote, after skeptics claimed that the whole thing was a setup.  "I was the only one in the store!  Couldn’t slide off and leave everything under it untouched."

Well, maybe.  There have been previous claims that the store was haunted -- store manager Lisa Giles said that when the store first opened, she saw a figure of a man standing in the doorway which vanished when she approached, and other employees have heard the sounds of ghostly whistling when the store was empty.  But even so -- given human ingenuity, and the free publicity that something like the rumors of poltergeist activity could provide, you can't rule out that the falling plate clip could be a fake.  Myself, I'm not ready to throw myself into the "sold" column based upon an odd video.

As I've said before; between the general tendency of the human perceptual apparatus to interpret incorrectly what we're experiencing, and the fact that some people seem to enjoy perpetrating hoaxes, I need more than a few curious images to convince me that there's a dead dude's spirit hanging around a place.  A direct, unequivocal experience of ghosts would go a long way, not some second-hand account.  Of course, given my temperament, I'd appreciate it if any ghosts who are reading this would wait to appear when I'm not alone in a house at night, because besides being curious, but I'm also a big fat coward.  Thank you.
Posted by Gordon Bonnet at 4:22 AM