Pseudohistory of the world

I have wondered for some time what starts a person down the path of inventing some crazy crackpot theory.  When I was a teenager, I went through a wishful-thinking, proto-woo-woo stage myself, during which I desperately wanted stuff like Tarot cards to work.  But after I messed around a little with them, I figured out pretty quickly that (1) the card patterns were entirely random, and (2) any meaning that emerged therefrom consisted of what I, or the person for whom the reading was being done, was imposing upon them.

I.e., Tarot cards don't work.  Another cool idea smashed to smithereens upon the shores of reality.

But for some folks, apparently that fact-checking protocol never kicks in.  So what starts out as a minor glitch in thinking grows, and grows, and eventually becomes this enormous counterfactual ball of bullshit, and all the while its inventor sits there thinking (s)he has revolutionized human knowledge.

Take, for example, Anatoly Fomenko, a Russian mathematician who for some reason left his chosen field of study and decided to become a historian.  But he didn't do what most historians do, to wit, examining primary documents and reading scholarly papers on historical research; he set out to revise history.

Because apparently all along, we've been doing history wrong. 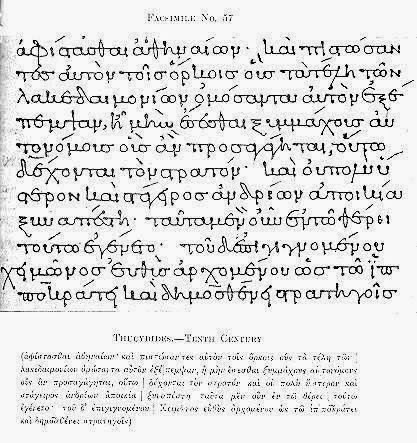 He invented something that he calls the New Chronology.  And when he calls it "new," he's not just whistlin' Dixie.

Here are a few features of his "New Chronology:"


And so on and so forth.  Jason Colavito, writing for Skeptic magazine, did a blistering takedown of Fomenko's theory (if I can dignify it with that name), which you would think would be unnecessary, given that a better name for "New Chronology" would be "My First Big Book of Batshit Insane Ad Hoc Assumptions."

Now, the fact that some crank has written some crazy books (seven of them, in fact) isn't an indicator of anything particularly odd, except that it still doesn't answer my original question of how someone wouldn't realize pretty quickly that what they were proposing made no sense whatsoever (with luck, before (s)he'd written seven books about it).  But what I find more surprising is that there are people who believe Fomenko.  And they include Russian chess grand master Garry Kasparov.

Yes, I realize that being a chess grand master doesn't necessarily mean that you're sane in other respects.  But Kasparov seems to be a pretty reasonable guy, all things considered -- he's a political activist and has been articulate in his criticism of Vladimir Putin, and currently is on the board of directors of the Human Rights Foundation.

And yet, somehow, he thinks that Anatoly Fomenko's "New Chronology" makes sense.

All of which hammers home the point that I don't really understand human thought processes all that well.  Because however good you are at chess, or mathematics, you're not going to convince me that the ancient Greeks didn't exist.
Posted by Gordon Bonnet at 4:06 AM