There were giants in those days

My students, as a final projects, are required to perform an experiment of their choice, and report back the results of their research.  And one of the directions I give them is, "Beware of over-concluding."

It's an easy enough error to slip into.  If you test the effects of increasing concentration of nitrogen-based fertilizers on the growth of marigold plants, and you find that increasing amounts of soluble nitrogen make marigold seedlings grow faster, you cannot extrapolate that and assume that all plants will respond in the same fashion.  It is a difficulty that plagues medical researchers; a drug that has beneficial effects in test animals may not behave the same way in humans.

The woo-woos, however, raise over-conclusion to an art form.  They will take some anomalous observation, and run right off the cliff with it -- coming to some pronouncement that is so ridiculous that the word "unwarranted" doesn't even do it justice.  Take, for example, the conclusion the woo-woos are drawing from the announcement that Italian "anomalist" researcher Matteo Ianneo has discovered the ruins of an ancient city in the Saudi Arabian desert:

If you look carefully, you can see the ancient ruins next to it, even an old profile.  This is a sensational discovery that no one had noticed. In photographs from 2004, one can observe that there was nothing in this place, it was definitely covered by sand...  The strong winds and desert storms have brought to light this discovery that I think is very sensational.  Now archaeologists are to affirm this archaeological area.  Perhaps it is certainly ancient ruins belonging to an ancient and magnificent city, which dates back to a long time ago.  I hope I have given a contribution to science, in order to find a small piece that the story is all redone, and it’s hard to tell.

Well, so far, so good.  And so far, nothing too surprising.  The Saudi Arabian desert is full of ruins, many of them dating to a time when the climate there was far more congenial for human habitation: 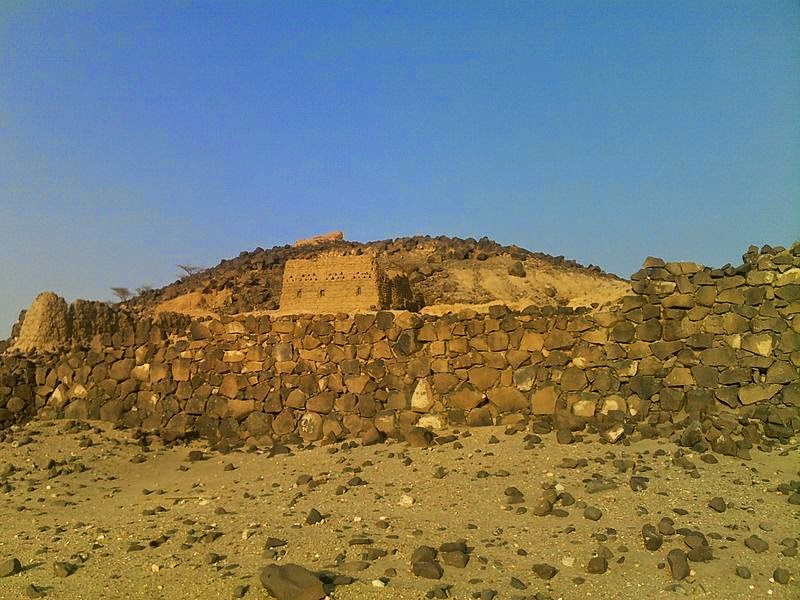 First, though, it bears mention that Ianneo isn't the most credible witness himself.  He is, after all, the guy who announced last year that he'd found an alien base on Mars.  But even leaving that aside for a moment, take a look at what noted wingnut and Skeptophilia frequent flyer Alfred Lambremont Webre had to say about Ianneo's discovery:


Many who know of Matteo Ianneo's fantastic discoveries on the surface of Mars, other planets and earth, know how remarkable his findings are.  As a researcher and investigative journalist myself, I personally believe Matteo has surpassed all others involved with extraterrestrial geophysics...

The lost cities that are spoken about in our earthly legends may be truth.  Gigantic monuments populate our Earth and it is my belief that they were created by actual giants who were moving in to leave a clear trace of their coming to our planet.  These giants were produced by continuous changes and an evolution in DNA.  It is also quite possible Giants were the very gods narrated in our remote history. The legends are from millions or perhaps billions of years ago.  Most of earth has suffered many cataclysms since then, and it is a misfortune that much of this history was destroyed.

The gods of these legends existed long ago and at one time, they were very real to our ancestors, these beings of great intelligence and height were to be envied.  They were most likely our actual creators.  They built gigantic monuments so wondrous, many of the ruins still defy logic to this day.  Majestic pyramids and gigantic monuments were created for us, for our humanity.  Their technologies were able to model and mold the rock, to do with it whatever they wanted.

Their technology had to have been very advanced.  Many of them were been able to save people to help them escape from their dying worlds, by bringing them here to our Earth.  The stories have all been redone and retold over and over throughout the years.  Many men of the earth chose to hide the truth a very long time ago, out of fear.  This history has already taught us.  The truth can have other implications, some truth that most humans cannot accept.

We have an observation: ruins of a city in Saudi Arabia.  Webre's conclusion: there used to be technologically advanced alien giants on the Earth, who created the human race, and whose existence is being systematically covered up by the powers-that-be.

It reminds me of the wonderful quote from Carl Sagan's Cosmos episode called "Heaven and Hell," wherein he describes the wild speculation people indulged in when it became obvious that the planet Venus was covered with a thick layer of clouds:


I can't see a thing on the surface of Venus.  Why not?   Because it's covered with a dense layer of clouds.  Well, what are clouds made of?  Water, of course.   Therefore, Venus must have an awful lot of water on it.  Therefore, the surface must be wet.   Well, if the surface is wet, it's probably a swamp.   If there's a swamp, there's ferns.   If there's ferns, maybe there's even dinosaurs.  Observation: I can't see anything.  Conclusion: dinosaurs.

But Webre has apparently one-upped even the "anomalists" that Sagan was parodying, with his wild talk of giant aliens and directed evolution and ancient gods.  He even goes on to tell us what the giant aliens felt like when humans turned out to be so difficult:


Atlantis and other cities have existed in the distant past, most of these great civilizations fell and these Gods probably view us with a great sadness.  Ancient peoples in the past were always power hungry, war crazed and violent in nature, some possibly even dealt with nuclear war.

The possession of the planet was the only important thing to carry on.  But something went wrong. The suspicious and greedy nature of these peoples caused them to rebel and destroy all their knowledge.

Today, I present my discovery that I’ve kept for a long time. I have made a very complex study of our Earth.  I have gathered images to prove the existence of gods in our past.  Beings who left their prints and pieces of their once great kingdoms behind here on our earth.

I assure you that the legends are true.

And there are probably alien bases on Mars, too, and NASA has decided that we naive humans couldn't deal with it if they came clean and told us about it.  Because Matteo Ianneo says so.

And accepting anything Webre and Ianneo say as correct can't be an over-conclusion, right?

Of course, right.
Posted by Gordon Bonnet at 2:49 AM