A side of chips

One of the most chilling tropes in my all-time favorite television series, The X Files, was the idea that the individuals involved in the conspiracy between the government and the evil aliens had simultaneously taken DNA samples and implanted microchips into our bodies when we were given vaccinations against smallpox.  The DNA was kept in a huge deep-freeze vault (the same place, I recall, that Mulder saw his first frozen alien baby), for a variety of nefarious purposes -- alien/human hybridization experiments amongst them.  Scully, at first a non-believer, finds out that Mulder was right when her doctor locates, and removes, the microchip in her own body -- with the unexpected result of her developing terminal cancer.

It's a terrifying idea, isn't it?  We're marked, tagged like animals in some kind of wildlife study, for reasons beyond our ken.  The whole thing is what we in the field technically refer to as "Some Seriously Scary Shit."

But, of course, being fiction, The X Files isn't real.  A distinction that apparently has sailed right past one Sherry Shriner, who claims that microchip implants are everywhere, and in everyone, and she knows they are because god told her so, a conclusion she tells us all about in her web page entitled "How To Detect and Nullify Chip Implants." 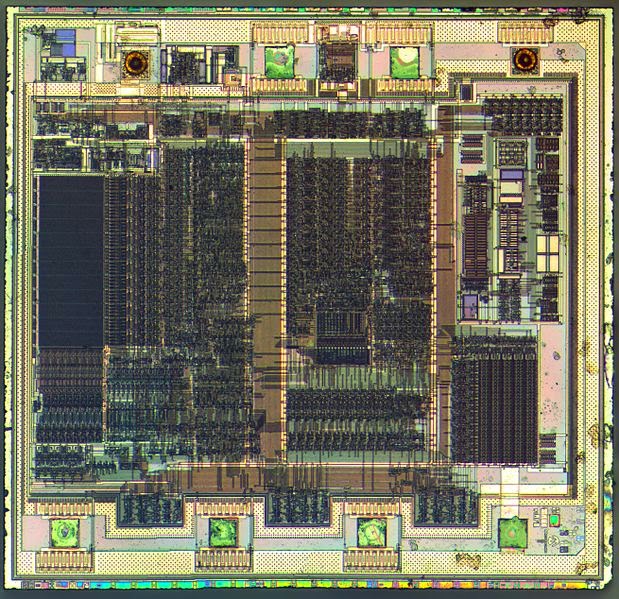 Shriner thinks the government has us all microchipped, and that microchips are present in all of the following:
Not only that, we have probably been microchipped even if we never go to the doctor or dentist, Shriner tells us:


If you are ever in a crowded store and you feel a sudden sting, like you got bit by a insect... [c]hances are you got zapped by a chip gun.  Yes, there are actually morons with chip guns who purposely go around implanting people.

Apparently the lord told Shriner all about this, and that not only are the chips for tracking people, They (the big "They") use the chips to control our behavior:


Our government has been knee deep in one particular area over the past 60 years and that has been to learn how to manipulate and control people.  Biblical theology would refer to as witchcraft but it is seen as advancement and technological breakthroughs by a government that on the backside serves Lucifer and is preparing the way for his rise and manipulation of the entire earth.

Are serial killers and assassins today under government influence as lab rats to see how effective mind manipulation and control is?  I would say so.  Most of these involved with hideous crimes have recounted stories of chip implantations, missing time, or hearing voices which is typical of being a MILAB or military lab rat.

What I have found in the Bible Codes about implantable chips in these last days is that they are 2-way transistor radio type chips.  Over the years they have perfected them from being tracking devices to being able to influence people by speaking to them directly through these chips and influencing their actions.  Through these chips they can read your thoughts, hear what you are saying, even see what you are seeing (depending on the chip, like a video chip they have and can implant you with).

We have some recourse against all of this nasty stuff, though, and fortunately, it's simple enough.  These ultrasophisticated high-tech super-secret microchips are only vulnerable to one thing, and we're lucky that it's the one thing the brilliant evil scientists that the government hired would never have thought of...


I have found that rare earth magnets called Neodymium magnets will nullify chips.  I bought some Neodymium magnets online from a retailer, the kind that can lift 10lbs of steel and run about .70 cents a piece and I used band aides to hold them in place.  I put magnets on the back of each ear lobe, on the side of each arm where I have received shots, on both sides of my jaws where I had wisdom teeth removed, and under each heel where I had been purposely implanted by my mother's doctor shortly after I was born.  Also on my stomach where I had a cesarean. I am finding that most people are implanted by their navels as well.  If you have had any type of surgery put a magnet near the scar for about 24 hours.

When you use the magnets be sure to have the north side of the magnet facing your skin.  A compass will tell you which side of the magnet is north.  For newer chips or chips closer to the surface like your ears or jaws leave them on for about 12 hours.  For older chips such as vaccinations leave them on for about two days.  The Lord will lead you as to how long to keep them on or when it is deactivated and you can take the magnet off.  Just listen for His guidance in your Spirit if you are one of His.

Seek the Lord on where you have them and He will guide your thoughts and lead you where to put the magnets.

Just for the record, though, I'm not letting any neodymium magnets anywhere near my skin, because those things are freakin' powerful, and I'd rather not get a sensitive body part pinched between two of 'em.  Given the choice, I'll stick with the microchips.

Because that's just it, isn't it?  If Shriner is right, and we all have these microchips in us, the government is monitoring and controlling something like 314 million people, minus the half-dozen or so who take Shriner and her ilk seriously and have stuck magnets all over their bodies.  Can you imagine the amount of data we're talking about, here?  The government can't even seem to manage to have an error-free list of voters, and that's just managing a list of names and addresses.  Can you imagine the chaos if government officials were not only monitoring us constantly -- our conversations, what we were looking at, what we were hearing -- but were actually controlling our actions?  Like, with radio transmitters to move us around, or something?

It would be like a 314-million-player game of blind man's bluff.  We'd all be walking into walls, in front of trains, off cliffs, and so on, not to mention the fact that the drivers in Boston would be worse than they already are.

So I doubt that Sherry Shriner is right, honestly.  I haven't heard a thing about this from the lord (or any other reasonably credible source), so I'll just go on ahead living my life and assuming that the Men In Black don't give two shits what I had for dinner this Monday.  (A nice t-bone steak, steamed asparagus, and a glass of red wine, if anyone's curious, not that it matters.)  And if you do find a microchip in your smallpox vaccination scar at some point, my advice is to leave it there.  Scully took hers out, and damn near died.
Posted by Gordon Bonnet at 2:21 AM