Deepak Chopra and the attractiveness of nonsense

There are a variety of reasons to learn some science.  First is, it's cool, and is the only game in town when it comes to understanding what's actually going on around you in the natural world.  Second, there are some issues we're facing (climate change and genetic modification come to mind) that you can only evaluate properly if you understand the science behind them.  These issues are having an increasing impact on humanity, and most of us are coming around to the idea that handling them properly will require some deep thought -- deep thought that requires you to understand what the research actually says.

The third reason is that some knowledge of science will keep you from falling prey to purveyors of bullshit.

Take, for example, this article from Huffington Post entitled "Deepak Chopra On How to Modify Your Own Genes."  The article begins thusly:


Physician and best-selling author Deepak Chopra has an empowering message: You can actually modify your own genes through your actions and behaviors.

Well, Dr. Chopra, it may be "empowering," but that doesn't change the fact that it's wrong.  Modifying your gene expression is not the same thing as modifying your genes.  Your body responds to changes in environmental conditions all the time -- but that is altering the expression of the genes you already have, not making any sort of permanent changes to the genes themselves.

Alteration of gene expression happens continuously, throughout our lives.  If you hadn't altered gene expression as you developed from a single-celled fertilized egg, for example, you would right now be an amorphous blob of undifferentiated cells, and you would be unable to read this post, because you wouldn't have a brain. 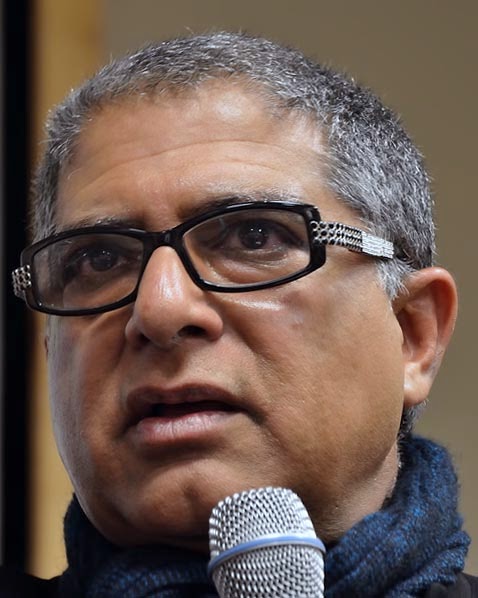 Now, lest you think that it's just the writer at HuffPost who got it wrong, and that the passage above was taking something that Dr. Chopra said out of context and making it sound like he believes that experience alters your genes, here's an actual quote that proves otherwise:


“We are literally metabolizing something as ephemeral as experience or even meaning," Chopra said in an interview this week at the Milken Institute Global Conference in Beverly Hills, California. “If somebody says to me, ‘I love you,’ and I’m in love with them, I suddenly feel great, and I make things like oxytocin and dopamine, serotonin, opiates. And if someone says to me, ‘I love you,’ and I’m really thinking they’re manipulating me, I don’t make the same thing. I make cortisol and adrenaline.”

First off, what does "literally metabolizing... experience" even mean?  Metabolism is one of those words that's used in common parlance in a variety of ways, but for which scientists have a precise definition.  You can metabolize the protein in your dinner, but "metabolizing experience" is a meaningless phrase -- and it's almost funny that he put the word "literally" in front of it.

Chopra, of course, has become notorious for this kind of thing.  He once said, in a talk, "We are each a localized field of energy and information with cybernetic feedback loops interacting within a nonlocal field," a phrase that is kind of admirable in how tightly it packs meaningless buzzwords together.  He specializes in a style of speech and writing that I call "sort of science-y or something" -- using words like frequency and quantum and resonance in vague, handwaving ways that have great appeal to people who aren't trained in science, and who don't realize that each of those words has a precise definition that honestly has nothing to do with the way he's using them.  In fact, he's so well-known for deep-sounding bullshit that there is an online Deepak Chopra Quote Generator, that strings together words to create an authentic-sounding Chopra Quote.  (Here's the one I just got: "The secret of the universe arises and subsides in descriptions of truth.")

This hasn't diminished his popularity, though.  RationalWiki says that he has millions of followers, has a highly lucrative speaking circuit, and has written 57 books to date.

As we've seen so many times before, bullshit sells.

But back to the HuffPost article.  Here's where you have to be on your guard -- because people like Chopra and his pal Rudy Tanzi, who is a professor at Harvard Medical School and clearly should know better, have a true gift for bait-and-switch.  Throw out a little bit of science fact, hook the unwary listener, and then reel him into WooWooWorld.

The bait that Chopra and Tanzi use in the article, and also in their new book Super Brain (of course the article is free advertising for a book!), is epigenetics -- inheritable changes in gene activity that are not caused by changes to the DNA itself.  It is a new, and rapidly advancing, subfield of molecular genetics, and there have been some tantalizing experiments done that have elucidated how this can happen.  Most of them seem to have to do with phenomena such as methylation, chromosome remodeling, and RNA interference -- but the science is new and changing, and in ten years it may well be that we'll know a great deal more about how it happens, and how it effects gene expression.

I find it interesting how slyly Chopra and Tanzi slip this in.  They cite a paper by Michael Skinner et al. called "Epigenetic Transgenerational Factors of Environmental Factors in Disease Etiology" as supporting their viewpoint -- and I suspect the authors of the paper would probably cringe to find out that they'd been linked to someone like Chopra.  But if you read the actual paper, which I doubt many people did, you find the following statement:


Epigenetic transgenerational phenomena generally require the involvement of the germline to allow the transmission of an epigenetic abnormality down several generations. The ability of environmental factors or toxicants to alter the epigenome will be common in somatic tissues, but is less common for the germline because of the limited developmental period it is sensitive to reprogramming.

That's a far cry from "when my brain is happy, it changes my genes," isn't it?

Okay, I know that Chopra and his ilk probably fall into the category of "what's the harm?"  He's peddling a lot of feel-good woo-woo nonsense, but so what?  Who is he really hurting?

Myself, I consider "selling an untrue view of the world" to constitute harm.  What he's telling you, at its foundation, is simply a false understanding.  And he's getting filthy rich in the process.

But if you're content to buy what he's got for sale, I suppose you have that right.  My own opinion is more in line with what Carl Sagan said years ago: "It is far better to grasp the universe as it really is than to persist in delusion, however satisfying and reassuring."