This forced me to dig up an article in Wired from 2011 that proved to her that, unlikely as it may seem, the Brony phenomenon is real. 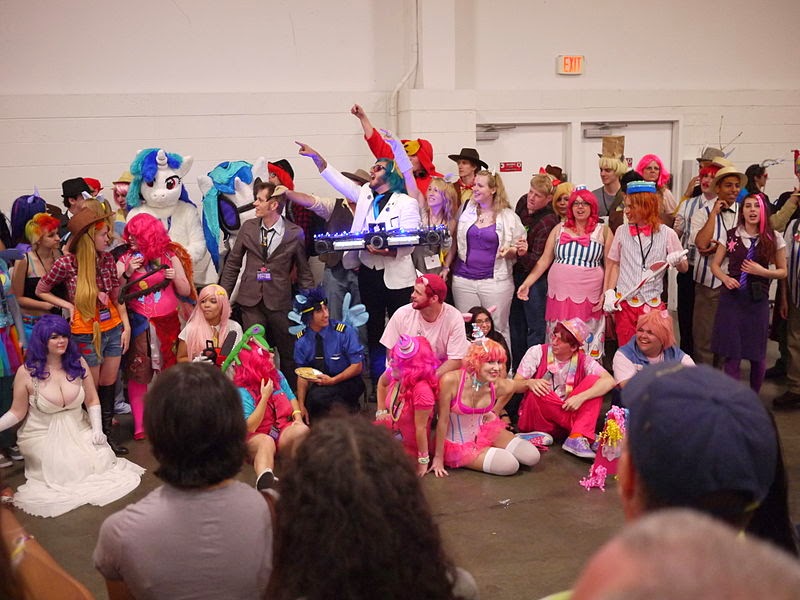 They collect action figures.  They have online discussion groups wherein they discuss the events in recent episodes with the same gravitas you would expect if the scripts had been penned by Shakespeare, or at the very least, George R. R. Martin.  They make fan art (as of the writing of the Wired article, the site DeviantArt had over 90,000 pieces of My Little Pony-inspired art).

After discussing this with my friend, I got to thinking about the phenomenon, and I decided that I had to see what all the buzz was about.  And fortunately, the article linked above has a short clip from one of the shows.  "Who knows?" I thought.  "I'm an open-minded guy, and confident in my own masculinity.  Maybe I'll be charmed.  Maybe I'll understand how some dude could get taken in by the innocent delight of entering a pastel-colored world where stories always end well."

But it could be worse.  She could have gotten me a plush toy with a voice box.  And then I might have made a deal with Satan just to get even with her.
Posted by Gordon Bonnet at 2:20 AM