The lure of young blood

You hear a lot about how we're a youth-obsessed culture, but really, humans have always been.  The ancient Greeks had a real mania for youth and beauty.  Witness the myth of Endymion and Selene, for example.  Selene, the goddess of the moon, saw the shepherd Endymion asleep one night, and thought he was so drop-dead handsome that she asked Zeus to keep him perpetually youthful -- and perpetually asleep.  So he did, proving that sometimes being blessed by the ancient Greek gods was as bad as being cursed.

On a darker note, we have the lovely figure of Countess Elizabeth Báthory of Hungary, who has been called the "most prolific female serial killer in history" -- the number of her victims perhaps being as high as 650.  Besides being a psychopath and (to put not too fine a point on it) crazy as a bedbug, Báthory allegedly liked to bathe in the blood of young women as a way to preserve her own youth and vitality.  It was this practice that she's best remembered for, and why she apparently was (along with Vlad the Impaler) the inspiration for Bram Stoker's Dracula. 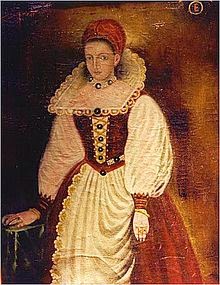 I bring the whole blood thing up deliberately, because some research published just this week seems to indicate that there might be something to the whole youthful-blood thing after all.  Not bathing in it, however, or any other sort of superstitious nonsense, so don't start laying plans for beating the Blood Countess's record, or anything.

Researchers at Harvard have shown that there is a protein in blood that apparently functions to maintain physiological youthfulness.  More interesting, especially to us middle-aged folks, is that introducing that protein into the blood of an older animal seems to reverse the effects of aging.

Amy Wagers and Lee Rubin of Harvard's Department of Stem Cell and Regenerative Biology did a pioneering experiment in aging by first surgically fusing the circulatory systems of a young and an old mouse, and second, injecting an old mouse with a blood protein called "GDF11."  Both procedures had the effect of reversing the symptoms of aging in the heart, skeletomuscular system, and brain.

"I cannot recall a more exciting finding to come from stem cell science and clever experiments," said Doug Melton, co-chair of HSCRB.  "This should give us all hope for a healthier future... We all wonder why we were stronger and mentally more agile when young.  And these two unusually exciting papers actually point to a possible answer: the higher levels of the protein GDF11 we have when young.  There seems to be little question that, at least in animals, GDF11 has an amazing capacity to restore aging muscle and brain function."

Human trials of GDF11 are scheduled to commence in three to five years.

I find the whole thing simultaneously thrilling and terrifying.  I'm no great fan of aging; I'm getting to the "gray hair," "way too many smile lines," and "forgetting what I was about to say" stage myself.  And the one thing I'm truly afraid of is debility.  I can honestly say that I'd rather be dead than bedridden and dependent.  So the idea that I might be able, with a simple injection of a protein, to restore some of my youth and vitality is pretty attractive.

On the other hand, aren't there some ethical issues here?  Not least the idea that we're already, as a species, using up far more than our fair share of Earth's resources, largely because of our explosive population growth in the past two hundred years?  A population surge that was caused by our eradication of childhood diseases and increased life span because of improved medical care?  If we really could reverse the effects of aging -- and likely further extend human life span, at least amongst the privileged individuals who could access this treatment -- would that not exacerbate the problem?  Is doing something that would allow the rich greatly extended life spans truly a ethical thing to do?

I'm not sure I know the answer to this.  Nor, if someone came up to me right now with a nice little syringe filled with GDF11, whether I'd have the moral backbone to say, "No, thank you."  It seems to me to fall into that scary realm of something that looks extremely attractive but is ultimately destructive.

Which brings to mind yet another Greek myth -- the story of the goddess Eris and the Apples of Discord.

So maybe the capricious and smite-happy Greek gods might have something to teach us, after all.
Posted by Gordon Bonnet at 2:28 AM