Some of you have probably heard about Reza Baluchi, extreme sports enthusiast and marathon runner who was attempting to travel the 1,033 miles from Miami to Bermuda in what amounted to a giant amphibious hamster ball.  Baluchi had been training for the event for months, and took donations from sponsors that were to be given to a needy children's charity.  His plan, he said, was to run until he got tired, cool off by taking dunks in the ocean, and to live off protein bars and bottled water.  For sleeping, he had a hammock, and was going to navigate with a GPS.

Things didn't turn out so well.  Baluchi got fatigued and disoriented, and finally was spotted simply bobbing in the waves seventy miles offshore from St. Augustine.  (You gotta give him credit, though; that's 69 more miles than I'd have gotten.)  He basically asked the Coast Guard vessel that came upon him, "Which way to Bermuda?", and after a back-and-forth in which he initially refused to leave his craft, they persuaded him to abandon ship. 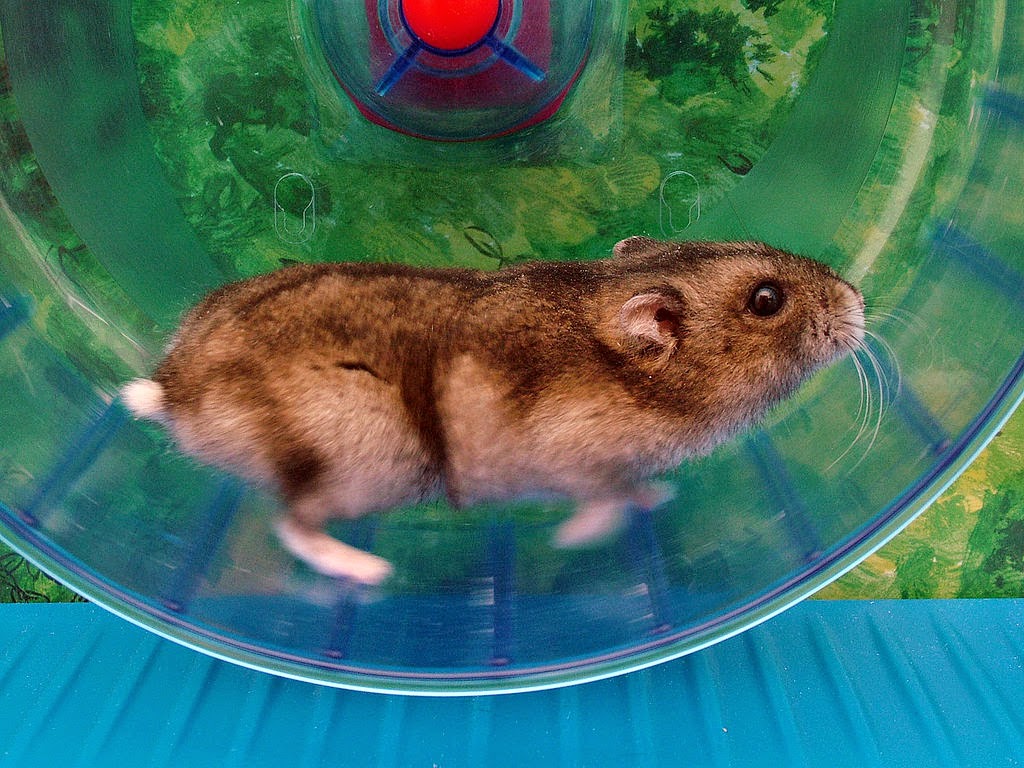 So far, all we have is an odd, if well-intentioned, effort by an athlete to accomplish something no one has ever done before.  But far be it from the woo-woo contingent to take something like this, and accept it on face value -- that a guy overreached a little, bit off more than he could chew, and is honestly damn lucky someone came across him, because (face it) the Atlantic is fucking huge.

But no, it can't be that simple.  Especially since the terminus of his voyage was supposed to be... *cue scary music*

If you're thinking, "Oh, no, don't tell me that they think this has something to do with the Bermuda Triangle," you're way ahead of me, and you also have an excellent sense of the way woo-woo minds work.  (Whether this is a good thing or not, I'll leave it to you to decide.)  Of course they think it's the Bermuda Triangle, despite the fact that the whole thing has been debunked over and over (for a good summary of the argument against, check out what The Skeptic's Dictionary has to say about it).

So poor Reza Baluchi launched off all unawares into the midst of a scary triangular vortex of negative vibrational quantum energies.  Or whatever they think explains this non-existent Danger Spot.  Listen to what Mysterious Universe had to say about Baluchi's failure:


What could possibly go wrong?  When dealing with the Bermuda Triangle, just about anything... We all know that the Bermuda Triangle eats ships and planes like they’re candy.  So when it sees something in the shape of a giant ball with something soft inside, it’s probably thinking “Cadbury Egg!”  That could explain why a man trying to run around the entire Bermuda Triangle inside a homemade floating human hamster ball failed only three days into his trek.

Right!  Because we need some kind of paranormal force to explain why a guy failed on a thousand-mile solo voyage over the ocean in a hamster ball!

You know, sometimes it strikes me that lately the woo-woos aren't even trying very hard.  If something happens in New Mexico, they kind of wave their hands in a listless fashion, and say, "Meh.  It's aliens."  Someone sees an ugly dog in Texas?  "Must be El Chupacabra."  Here, just the fact that the guy was in the western Atlantic made it inevitable that someone was going to bring up the Bermuda Triangle.  If he'd succeeded, the article would have been about how lucky he was to have escaped its evil snares.

So I'm gonna issue a challenge, here.  Come on, woo-meisters, give it all you've got.  I'm sure you can come up with something more interesting than the same tired old schtick.  At least in the fine old days of the Weekly World News, we could look forward to hearing periodically about how BatBoy's presidential campaign was coming along.

But now?  Same old, same old.  So I'm challenging you woo-woos to really knock our socks off.  Give us something we haven't heard before.  I know you've got it in you, you've just gotten complacent, and maybe we skeptics have, too.  We're like two old cats who just hiss a little and swat, more for show than anything else.

So go ahead, give me your best shot.  I can take it.  Let's see if we can spice things up around here.

'cuz lord knows, the Bermuda Triangle sinking this dude's hamster ball is not doing it for me.