The unfortunate part of what I do here at Skeptophilia is that I so seldom get to participate in any first-hand active research.  I have a day job, and limited time and finances to fly to Nepal to investigate claims of Yeti sightings, much as I would love to do so.

So it's with great joy that I announce that there are cryptids in upstate New York, within reasonable driving distance from where I live.

First, we have the Connecticut Hill Monster, which is veritably in my back yard.  Connecticut Hill, says enthusiast Tim Holmes, is home to a "migratory pod of Sasquatch."

This raises two questions:  (1) Sasquatch migrate?  I mean, I can hardly blame them if they do, considering the winters we have up here, but still.  (2) The collective noun for Bigfoots is "pod?"  I thought that was whales.  I think they deserve a more creative collective noun, don't you?  Maybe a "lope of Sasquatch."

Be that as it may, I've spent many hours tromping around Connecticut Hill and the Finger Lakes National Forest with my valiant Bigfoot-tracking dog, Grendel, and we've seen nary a trace of squatches.  Disappointing, that.

But there may be another spot to search, at least if you believe Peter Wiemer, who just last week petitioned legislators from Chautauqua County to have Bigfoot declared as an endangered species.

Wiemer, who is a Bigfoot tracker, is also the owner of the "We Wan Chu Cottages" on Chautauqua Lake, which should win some sort of prize in the Inadvertently Creepy Motel Name Contest.  But he certainly feels passionate about his cryptozoological avocation.  "Bigfoots are not a paranormal, not scary or troublesome and are living among us in peace and harmony in Chautauqua County," he said, resulting in a number of near-fatal choke-snorts from legislators.  "You should err on the side of caution."

He also added, "You're not going to be looked at as being crazy," which is debatable.

There is a problem with all of this, though, and it goes beyond being thought crazy.  According to the National Wildlife Federation, to be listed as endangered, a species has to meet the following criteria:

Given that the amount of scientifically admissible evidence for Bigfoot is zero, how do you determine whether any of these criteria are met?  Add that to the fact that current estimates of the Sasquatch population also stand at "zero," and trying to determine whether the population is declining becomes kind of a moot point.

Of course, I might be speaking too hastily, here.  A couple of days ago, a coworker and friend of mine sent me an alarming photograph that was taken on her husband's trail-cam.  She gave me permission to use the image, so take a look at this: 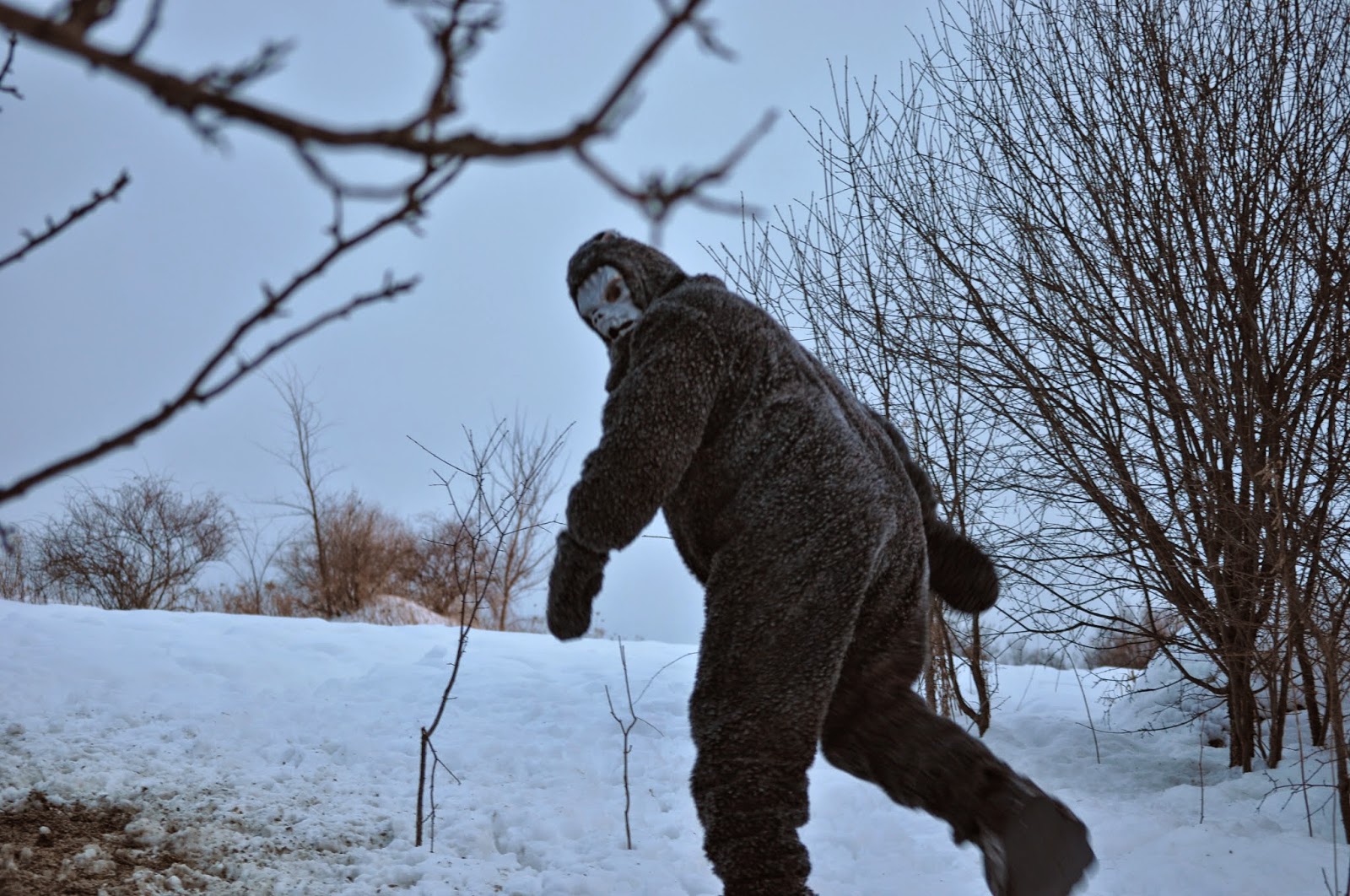 Well, if that's not convincing, I don't know what is.

So there you have it.  Claims of a lope of Bigfoot, and near enough for me to go do some first-hand research.  I'll get right on that.  I better, because it's soon going to be winter, and as devoted as I am to the cause, I am not going to risk freezing off important body parts hiking around in four feet of snow in some godforsaken corner of Chautauqua County.  Call me a wimp, but there you go.
Posted by Gordon Bonnet at 2:38 AM