So there's the story of the little kid who starts a snowball rolling at the top of a hill, and as it rolls it accumulates more snow, getting bigger and bigger, until finally it reaches the bottom and crushes a car or something.  Thus the coining of the term snowball effect and a cautionary lesson about getting things started that might eventually get away from you.

I feel a little like that kid this week.  Tuesday I posted about the fact that I loved it when woo-woos conducted hybridization experiments on disparate bizarre claims, and as an example talked about a guy who said he could summon UFOs by telepathy.  This generated an email from a reader, who said that if I liked that one, I'd love the guy who said, basically, that Bigfoot was elusive because quantum.  I ended that piece saying that if anyone had any further weird combos up their sleeve, for example, a recommendation that we choose our homeopathic remedies using Tarot cards, I didn't want to know about it.

This prompted a different loyal reader of Skeptophilia to send me an email that said, "I tried to find one combining Tarot cards and homeopathy, but I found this one instead.  Do I win?"

Despite my feeling of foreboding, I clicked the link.  And found myself reading about "Using Tarot Cards to Communicate With Ghosts."

Like the other two, I kept looking for some sign that this was satire, but sadly, I don't think it was.  "Tarot cards are a great way to communicate with spirits," we're told in the introduction.  "It’s because they open up your intuition, so you become receptive to the ghost’s or spirit’s message."

But then we're immediately told to be cautious.  Ghosts and spirits, apparently, can do bad stuff, so we have to speak to them sternly right from the get-go.  There are four rules one must follow:

There are even concrete hints on how to accomplish all of this.  These include using "protective charms and stones" such as tiger's eye and hematite to keep those spirits where they belong.

Oh, and we're told that we have to do our research about what the cards mean, and be reasonable about what we ask, because "spirit communication tires out ghosts."  I'm not all that sympathetic about this, because honestly, what else do ghosts have to do?  It's not like they have day jobs, or anything.  They can nap pretty much whenever they want to.  So if I want to talk to a ghost, I'm expecting it to get up off its ectoplasmic ass and talk back.  I don't want to hear any pathetic excuses like "I'm just too sleepy tonight," or to pull out my Ouija board and have it spell out "zzzzzzzzzzzzz."

Then we're told that we should also research what ghosts might be present, and that if (for example) we suspect that there's a female ghost haunting the place, we can expect lots of feminine imagery in the cards we draw.  But then there's the caveat that we might accidentally attract a different spirit, so we might not get the cards we expect.  Which seems about right.  We will either get cards we expect, or not, every time, which certainly sounds like hard evidence of ghostly communication to me.

Then there's a bunch of stuff about thanking the ghost and making sure he's sent back to the ghost realm and cleansing the cards with spiritual detergent or something.  By this time, my eyes had kind of glazed over.  I'm thinking I may need to read a chapter or two of this book, just to recover: 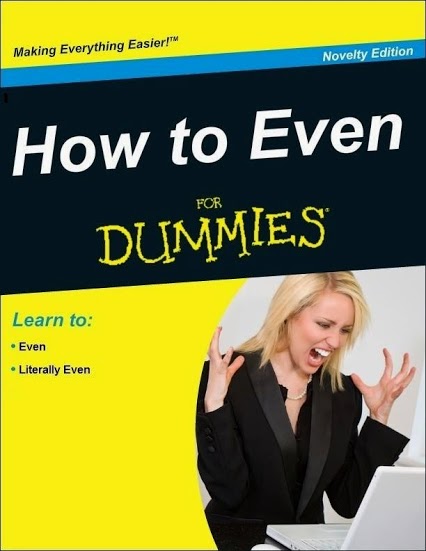 Not that it'll help.  If you're looking for me, I'll be in the corner of my office, sitting on the floor, rocking and quietly sobbing.  So thanks for the cards and letters and all.  I hope you're happy.
Posted by Gordon Bonnet at 2:39 AM