One of the things that strikes me about the most fervently religious is that they seem to believe in a contradictory set of premises: that (1) god is all-powerful, and the truth of his word is intrinsically obvious; and that simultaneously (2) god's truth is so flimsy that it's threatened by the mere mention of contrary beliefs.

We see this in Islam, where atheism or (worse) apostasy is punishable by death in some countries (Iraq, Iran, and Saudi Arabia come to mind).  What, is the message so weak that one person stating, "No, I don't believe this" is such a devastating threat to the worldview that it warrants a death sentence?

I know, I'm being a little disingenuous, because these same worldviews also often encompass a belief in a devil (or more than one) who is acting to lure the righteous away from belief.  But still, doesn't it strike you as a little odd that the religious aren't more confident?  For people who believe in an almighty deity, they seem a little... besieged.

Take, for example, the biology teacher in Wake County, North Carolina who found himself in hot water last week for referring to the school district where he teaches as "a concentration camp dedicated to the spiritual death of those imprisoned behind these walls."

Ray Fournier, of Fuquay-Varina High School, wrote an article in which he attacked public schools in general, and in particular the subject he'd been hired to teach.  "Evolution based science classes discredit the reliability of the Bible and get rid of God as Creator," Fournier wrote.

Well, yeah, they kind of do.  Notwithstanding my incredulity over how someone who evidently doesn't believe in the fundamental idea of biological science could get enough college credits in the subject to end up teaching it, isn't it a little mean-spirited of him to complain about what he's being paid to teach?  I mean, he shouldn't be surprised at what the curriculum is.  It's a little like someone being hired to teach math and then being surprised that there was algebra involved.

But Fournier didn't stop there.  "History classes,” he wrote, "get rid of God as Sovereign King and demonize Christianity.  English classes reinforce this message through the literature they assign their students to read."

"This deliberate indoctrination encourages students to break each and every one of the Ten Commandments," he continued, "leading countless numbers of our own children down the broad road to spiritual destruction."

He then tells the cautionary tale of a family he spoke to about the danger.  "I warned them about the spiritual dangers of public education, but sadly they ignored my warning," Fournier wrote.  "It was as if their daughters where [sic] placed inside a spiritual gas chamber.  It didn’t take long for the poison to take effect.  Within a year’s time, one of them even became a lesbian."

About his own role in the school, he makes it clear why he pursued a teaching degree, and it wasn't so that he could teach kids science.  Fournier says he is "a missionary masquerading as one of the ‘guards’… an eyewitness to the daily indoctrination and spiritual torture that is inflicted upon those who have been sentenced to come here by their own well meaning parents."

After this kind of tirade -- comparing his workplace to a Nazi concentration camp, stating his determination to subvert the entire educational process, and basically belittling the whole approach of the school -- the Wake County School Board was forced to take action.  Which they did.

By suspending him for five days.

Really?  That's it?  A guy demonstrates every which way from Sunday that he's unfit to teach, and considers himself a spiritual missionary instead of a science teacher, and he's back in the classroom?  Teaching science?  This left some parents and students understandably furious.  Krista Bennett, a senior, was astonished that Fournier was back to teaching.  "In the corporate sector you’d get fired over [what Fournier did]," she said.  "But I guess not in the school board sector." 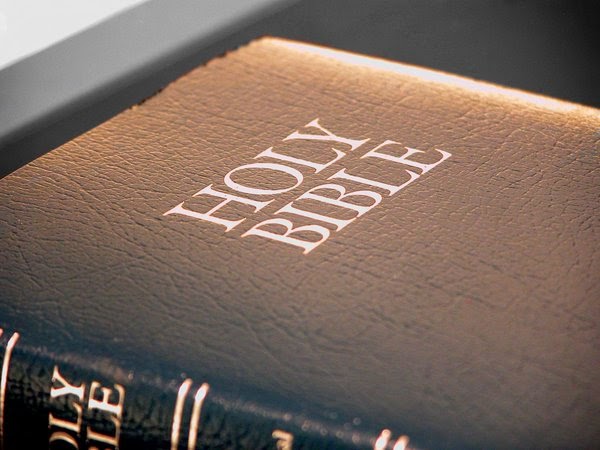 But back to my original point.  Isn't it funny that Fournier, and the (many) others like him, think that an omnipotent and omniscient and all-loving god needs that kind of defense?  That a three-week unit on the basics of evolution is all it would take to trash fourteen years of religious indoctrination?  That a righteous, god-fearing heterosexual kid would read The Color Purple and think, "cool!  Now I'm gay!"?  That a Christian 11th grader in a world history class would find out that Christians Did Some Bad Things and say, "Oh, crap.  I guess my only option is to become a satanist?"

How fragile do you think the whole thing is?  It's sounding less Onward, Christian Soldiers than it is House of Cards.

Of course, that's hardly the only self-contradictory, counterfactual view people like Fournier hold.  But it does make you kind of wonder where this siege mentality comes from.  If their beliefs are so self-evidently correct as they claim -- to the extent that people like Ken Ham state that nothing, no evidence, no argument, would ever change them -- the fact that the whole edifice could be knocked down by a single high school teacher at least deserves an explanation.
Posted by Gordon Bonnet at 2:49 AM