Some call me the pumpkin of love

So it's fall, and the season of pumpkin everything.  Pumpkin pie, pumpkin bread, pumpkin candy, pumpkin pudding, and pumpkin-flavored coffee, for pity's sake.  So I found myself wondering why folks like the stuff so much, to the point where people were basically having multiple orgasms over the latest pumpkin recipe.  So imagine my surprise when I ran across a story in which researchers have found that men consider the smell of pumpkins sexually arousing.

I am not making this up, and if you don't believe me, go here.  Apparently, Dr. Alan Hirsch of the Smell and Taste Research Foundation in Chicago decided to do a study to, and I quote, "investigate the impact of ambient olfactory stimuli upon sexual response in the human male."  And upon much research, they found that the smell that ranked number one in the, um, ready-to-party department was... pumpkin. 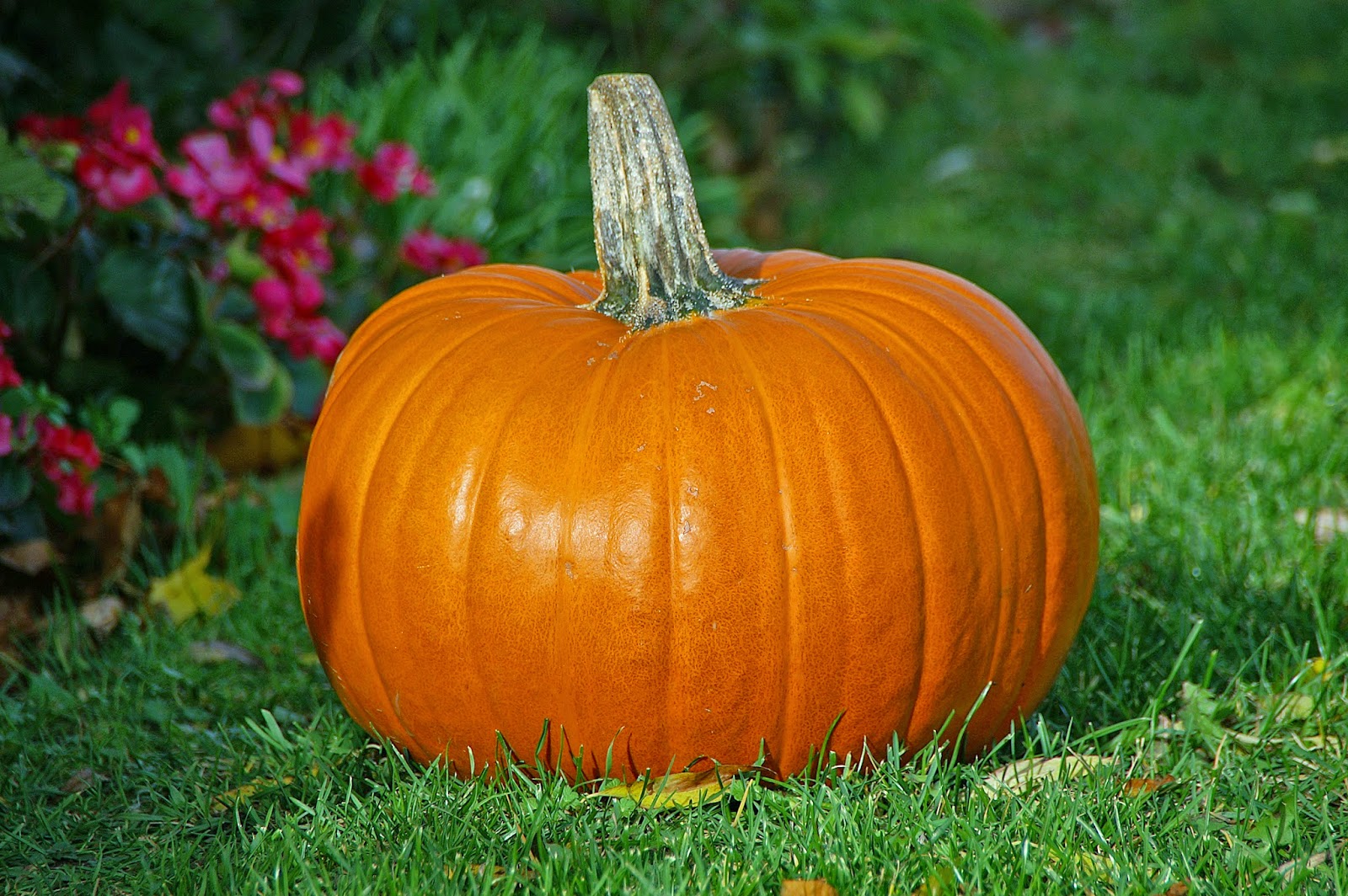 Apparently, the response was especially pronounced when the pumpkin smell was combined with lavender.  And when you added the smell of doughnuts... well, it caused horniness levels that pegged the meters.  All of which made me think, "Were the guys just hungry?"

You may be wondering how they measured all of this stuff.  I know I did, so I did a little research into it.  It turned out that while the guys in the study were breathing air infused with various scents, the researchers were measuring blood flow into their naughty bits.  Blood flow increases during sexual arousal, so there you are.  And lemme tell you, that pumpkin/lavender/doughnut combination really did the trick.

My next question was, who thought of that combination?   It seems like a pretty weird trio to put together.  Did the researchers try various other combinations, and they didn't work so well, and they kept combining random scents until they found one that caused the test subject to get a hard-on?  "Let's see... bologna/caramel/anchovy... nope.   Cinnamon/shrimp/peanut butter... nope. Vinegar/chocolate/bacon... nope."  Until they finally happened to hit on pumpkin/lavender/doughnut, and they found that one was, as it were, hard to beat.

The thing I found the funniest was that although the Triple Threat of pumpkin/lavender/doughnut worked the best, none of the scents turned guys off.  The reason I found this funny is that most guys could have told you that without lots of expensive research.  If a pretty, willing young woman wanted to get seriously amorous in, say, a sewage treatment facility, I suspect that most guys would not be dissuaded by a trivial little thing like an odor so bad that it's actually visible.  Now, the women, on the other hand... in my experience, women are thousands of times more sensitive to odors than guys are.  My wife will come home, and will immediately wrinkle her nose and say, "What in god's name is that smell?" and it will turn out that the cat puked up bits of dead rodent in five separate locations in the living room, and I didn't notice a thing.  Now, I'm willing to entertain the possibility that I am simply oblivious, but I know that other guy friends have corroborated my experience -- women are just more sensitive to smells.  This, I suspect, also explains why guys' locker rooms smell, by and large, like your face is wrapped in a bundle of dirty sweat socks, and nobody seems to mind it all that much.   I can't vouch for what the ladies' locker room smells like, having never been in there, but I don't think I'm going out on a limb in speculating that it's better.

In any case, I can't wait to see what's going to happen when the perfume manufacturers get a hold of this research.  We'll have a whole new line of ladies' scents, with names like "Chanel Eau de Pumpkinne."

So this, I suspect, may explain the rapturous comments that are all over social media about the many ways to consume the signature fall cuisine item.   So however you choose to partake of pumpkin, I hope you enjoy it... and its aftereffects.
Posted by Gordon Bonnet at 2:36 AM